discussions.002// From Sketchbook to Reality With Kiato 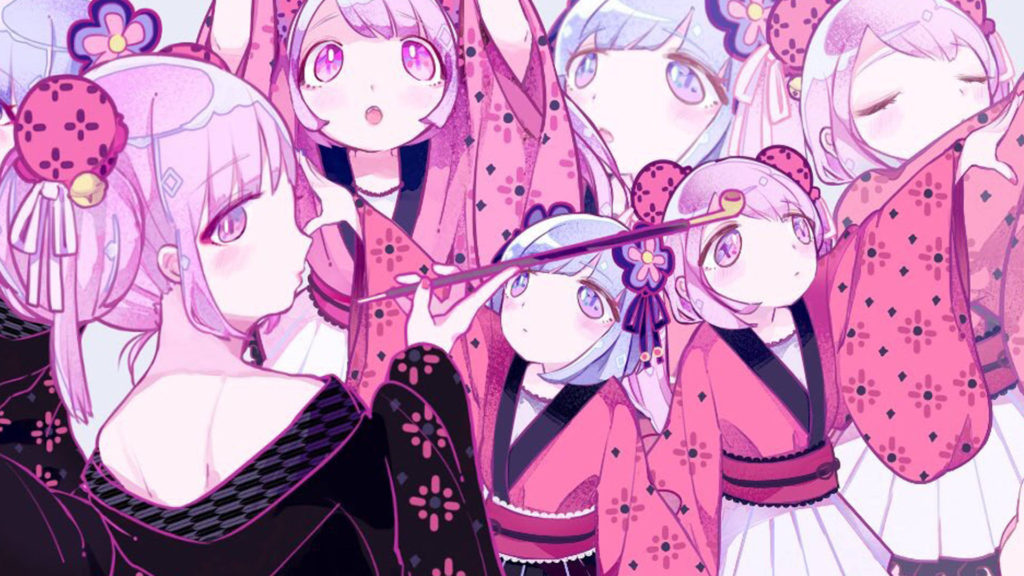 If you’ve at any point been following my monthly ‘Twitter Illustrator‘ series, then you’ve definitely seen the name Kiato pop up once or twice before. She’s the creative mind behind some of Tokyo’s most vibrant illustrations, and today I had the unique opportunity to sit down with her for the second installment of our discussions.// series. Kiato is an illustrator who was introduced to me as somewhat of a package deal. I originally discovered her illustrations around the year 2015, which was the same time I discovered budding producer Yunomi. The two are totally inseparable, and have been long time collaborators through their art.

I’ve been a long time fan of Kiato’s illustrations, but regardless of what language you search in, it’s quite difficult to find out too much about her as an individual. Every creative has a story, and I was insistent on learning hers. Sitting down, we discussed her interests outside of art, where she came from, as well as some of her favorite things to do in the Tokyo area. So without further ado, here’s discussions.002//:

To start things off, can you tell me a little bit about who Kiato is?

Well, Kiato is me. It’s a project that I guess I’ve been unknowingly working on since I was a kid, but that’s far removed from where I’m at now. I’m an illustrator who frequently collaborates with various musicians such as Yunomi, Happy Kuru Kuru, and a long-list of others. It was around the age of 18 that I started taking art seriously, which lead me to my current position where I’m doing it full-time.

What are some of your interests outside of the realm of illustrating?

I’m a big fan of films, especially horror and dark fantasy films. I like a lot of foreign films as well, and also Disney/Ghibli films. Some of my all-time favorites would have to be “Pan’s Labyrinth”, “Girl, Interrupted”, and “Ai no Mukidashi”. I listen to a lot of music, and I also like exploring the Harajuku area. Some of my favorite spots there would have to be Laforet, Park Harajuku, and anywhere that sells pancakes. I also like playing a lot of video games and watching anime.

On that topic, what are some your favorite anime and video games?

Lately I’ve been playing a lot of Mario Kart 8 on the Nintendo Switch, but one of my all-time favorites is definitely a Japanese game called Euphoria. It’s a little dark, and definitely not for kids, but I really like it. Other than that I’m a big fan of the Pokémon series. My favorite Pokémon are definitely Togepi, Mew and Pikachu. For anime, I’m a really big fan of series like Sailor Moon and Digimon. Though if I had to choose between Digimon or Pokémon, I think Pokémon would win.

Where is it that you pull inspiration from when working on illustrations?

I get a lot of my inspiration from the things going on all around me. I’m a big fan of Harajuku fashion, so a lot of my drawings pull inspiration from brands like Chloma, as well as anyone else putting out clothing I find cute. In terms of illustrators that inspire me, there’s a few I can name off the top of my head. Hiroyuki Takei, the creator of Shaman King is a major inspiration, as well as Watanabe Akio who designed the Monogatari characters.

Can you tell me a little bit about the area you came from?

I’m originally from Fukoka, which is about 13 hours drive from Tokyo. It was a nice area, but I found that there wasn’t much opportunity there for what I wanted to do. So I began job hunting, and eventually found work in Tokyo where I could truly flourish. It was at that point in which I moved to Tokyo.

As for your illustration process, how do you go about creating each piece of art?

I draw each illustration with pen and paper, and then later process it through photoshop for editing. That’s how I’ve done all my pieces, it’s a process we call “analog to digital” here in Japan.

What would you like to do in the future as an illustrator?

I’d love to create a music video sometime in the future. I don’t want it to be one that’s 2D superimposed onto the real world, rather, I want it to be a purely animated music video. Something in the style of an ORESAMA music video is what I want to create. If I did make anything though, it would likely be for one of Yunomi’s songs. I’d also like to make a doujin to sell somewhere like Comiket at some point too.

Thank you for your time!

Thank you very much.

With little more than a pen and textbook at her side, as well as the support of countless fans, we’re excited to see where Kiato takes herself next. We’re also very excited to share the special self-illustration she drew for the interview, which can be found below. If you’re interested in checking out more of Kiato’s incredible illustrations, you can find her on both Twitter and Tumblr.