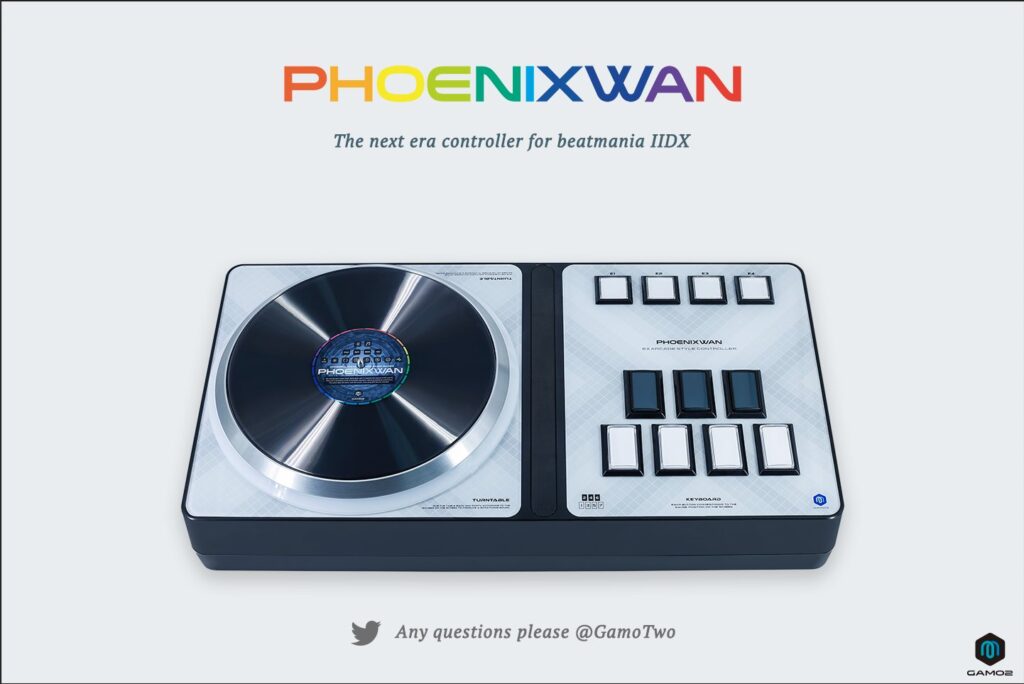 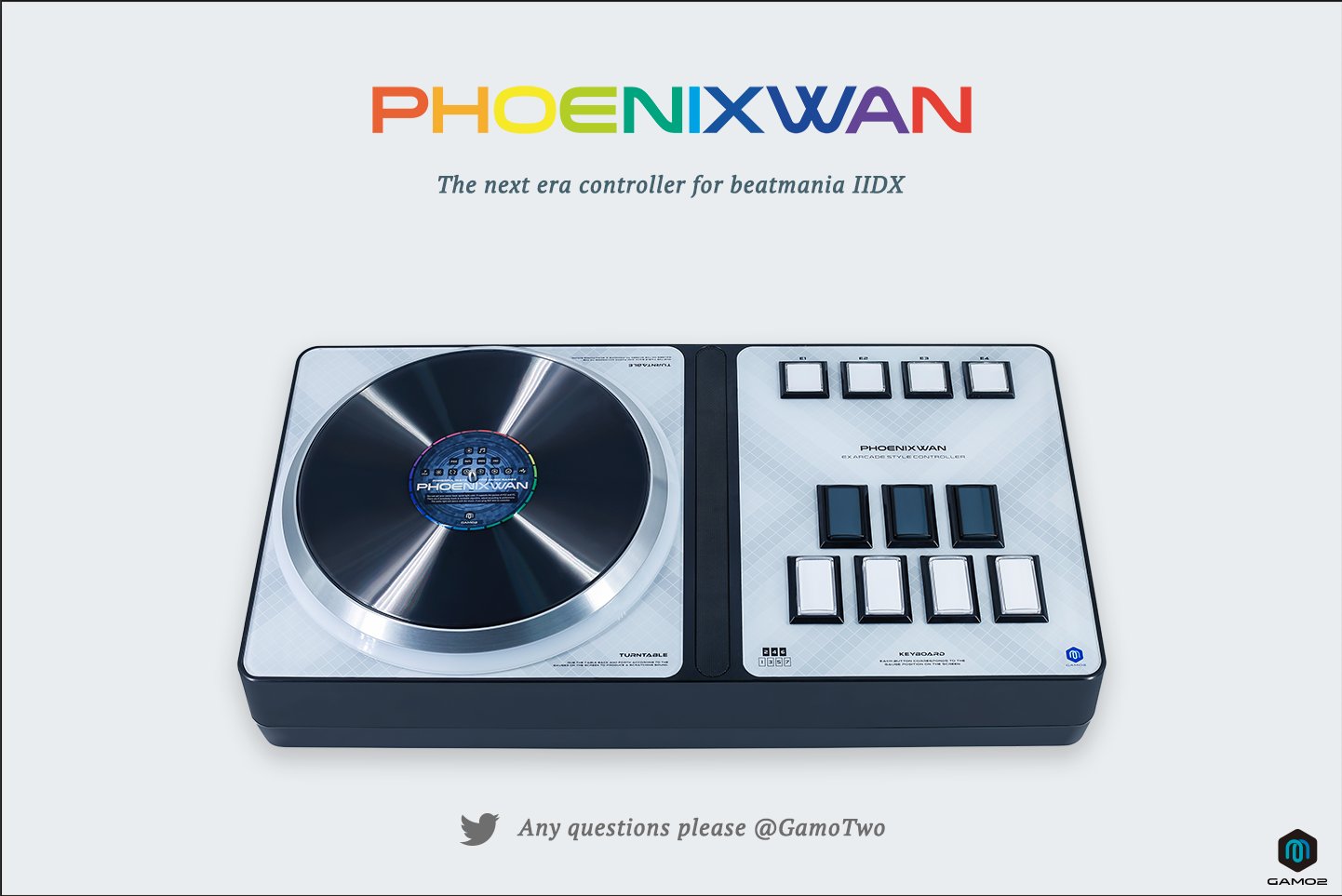 The size of the box and wire housing is like an actual DJDAO FP7 controller (516mm x 270mm), while the turntable size and spacing from keys are 1:1 with the arcade. So you’re getting a smaller and less bulky box product, but with the accuracy and feeling of an arcade controller. Switching between 1P and 2P sides is easier than ever and with no need of a tool. With a button on the bottom of the controller, easily switch the button pad around to rotate to whatever side you prefer. 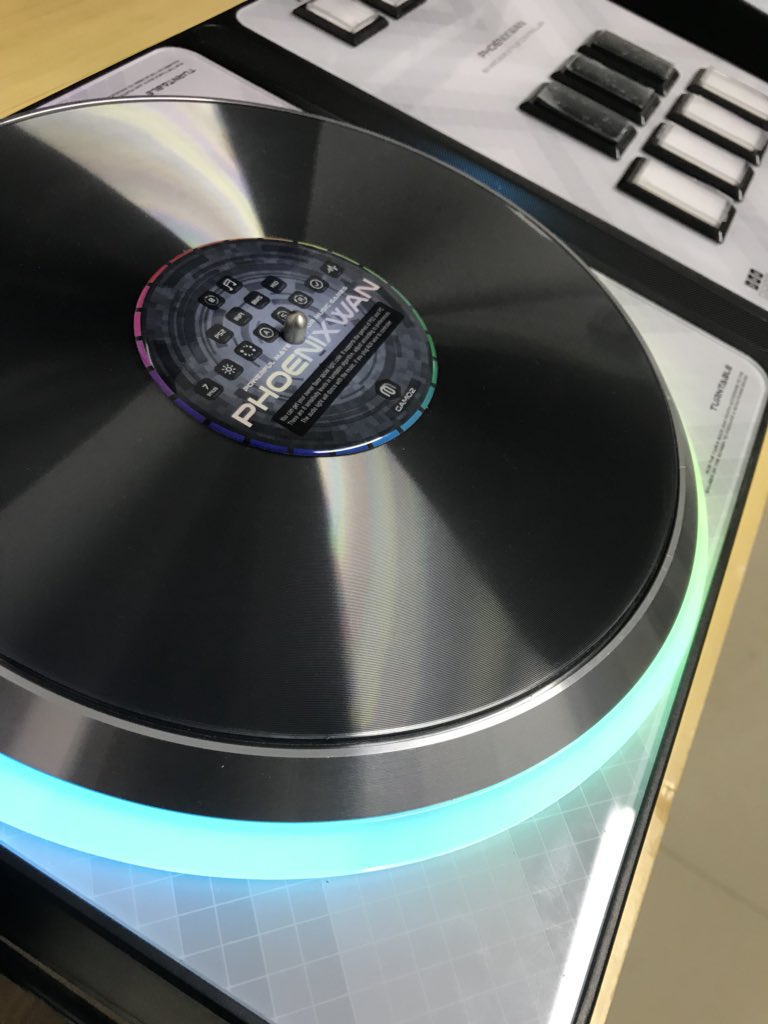 The main difference with this controller is that it will allow players to play beatmania IIDX INFINITAS with the option of toggling the effector in-game and open the menu directly since a fourth button is now available. A new PCB and lighting system has been specially designed for the PHOENIXWAN and has been completely upgraded. A guide on button specifics and configurations will of course be included with every order.

The turntable is what stands out the most. The turntable is a new tech liquid state silicon and aluminium alloy finish which gives the controller some very noticeable change in grip that you’re used to in other home controllers. Sounds and feels much cooler than it does, honestly. Another milestone in their turntable design is the ability to change the sensitivity on the fly by just a few button presses. No need to open the controller and tweak anything. Out of the box, you will see 25g switch/40g spring default setup with custom DJDAO buttons for the PHOENIXWAN. Standard PS2 console port, PC, and LED light ports come included with the controller and no drivers are needed when connected to a PC this supports Windows XP through Windows 10 (all 32 & 64bit versions). The 45° transparent acrylic ring bevel is smooth to the touch and will display crisp LED light during play. DJDAO says pricing and ordering details will be announced very soon!

What do you think of the new controller? Sound off below in the comments or join us on Twitter and Facebook!