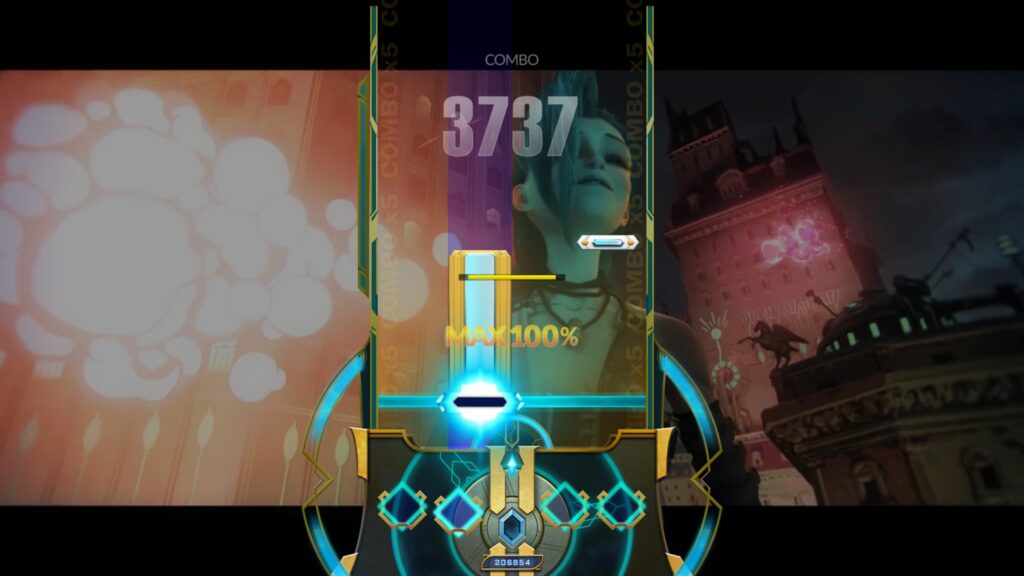 The ever-so popular Get Jinxed and K/DA’s Pop Stars are now officially a part of DJMAX RESPECT V, the critically acclaimed PC incarnation of the revered rhythm game series. In partnership with Riot Games, these two fan-favorite songs are now free for every owner of DJMAX Respect V, and come complete with League of Legends visuals and movies to accompany the legendary tracks.

“We are incredibly thrilled to have Riot’s help in adding these two iconic songs to DJMAX Respect V,” says Ji Soo Moon, CEO of Neowiz. “K/DA’s smash hit track Pop Stars and the Get Jinxed track are some of the best songs in gaming history, as far as we’re concerned. We can’t wait for our players to have a chance to master them in DJMAX Respect V.”

Grab the DLC now because the game is just getting started, as more songs and game modes are being added throughout the Early Access period and beyond.