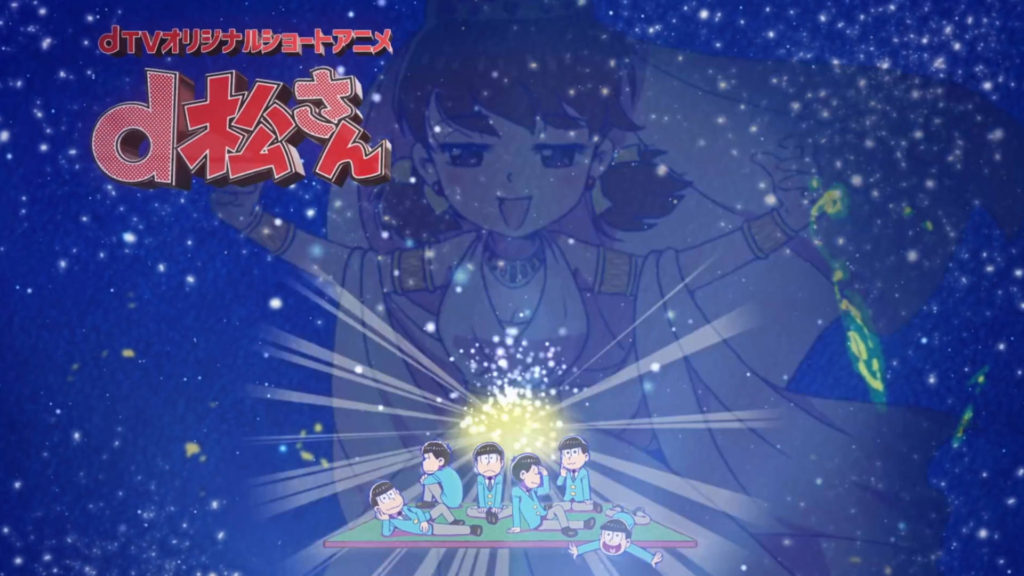 With the development of anime streaming platforms such as Crunchyroll and Netflix, we’re seeing more Japanese content in the West than ever before. Mere minutes after original airings in Japan, eager fans across the globe can log-in to their service of choice and endulge in their favorites of the season. That being said, not everything is able to make it international — something that we could only hope to be fixed over time. Perhaps the gravest example of this as of late would have to be the currently-airing “DMatsu-san,” a collaborative 12-episode short series made exclusively for NTT Docomo’s dTV service in Japan.

It’s not much of a secret that a majority of our staff are major fans of the “Osomatsu-san” animated series, with some of our staff even referring to the show’s second season as the best thing to happen in 2017. With the second cour of the second season just around the corner, we’re excited for a fresh wave of content in the series’ incredible catalogue. That being said, the knowledge that there’s even more content out there to sink our teeth into is exciting, though for our friends outside of Japan it’s a little different.

While there is currently no word of the spinoff being released internationally, we can only hope for fans of the series around the globe that some good news does come their way. For now though, those in Japan with access to dTV can start watching the mishaps of our favorite sextuplets.