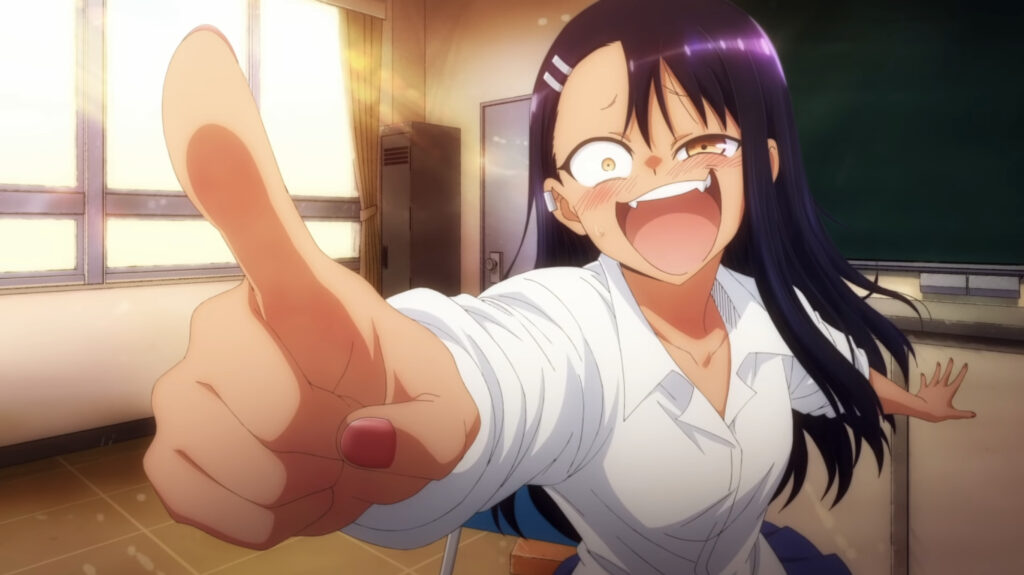 A second trailer for the ever-teasing Nagatoro-san anime has been released, with news that Don’t Toy With Me, Miss Nagatoro will premiere on 10 April.

It would be fair to claim that Nagatoro-san is one of the most anticipated anime of the new season, though the jury is out as to whether this is because of the show’s fun premise and characters or whether anime fans just like being called pathetic by an anime girl.

Still, early trailers have been promising in their aims to deliver the fun and energy of the original manga, which we reviewed all the way back in 2018 prior to its breakout success and praised for its comedy and premise.

The new trailer gives us an extended look at the new series.

The trailer opens exactly as you’d expect, with what looks like a touching kiss being nothing but a ruse to tease senpai and make fun of him. It’s almost cruel how much Nagatoro gets into teasing him, but it’s also pretty fun. The rest of the trailer acts almost like a montage of all these various moments of snatched-at love. The trailer doesn’t solely focus on our two main characters, as we also meet Sakura, Gamo-chan, Yoshi, but the romantic undertones are teased through Nagatoro’s protective nature over her teasing time.

The anime looks like a lot of fun, and perfect for both fans of the manga and those new to the series. 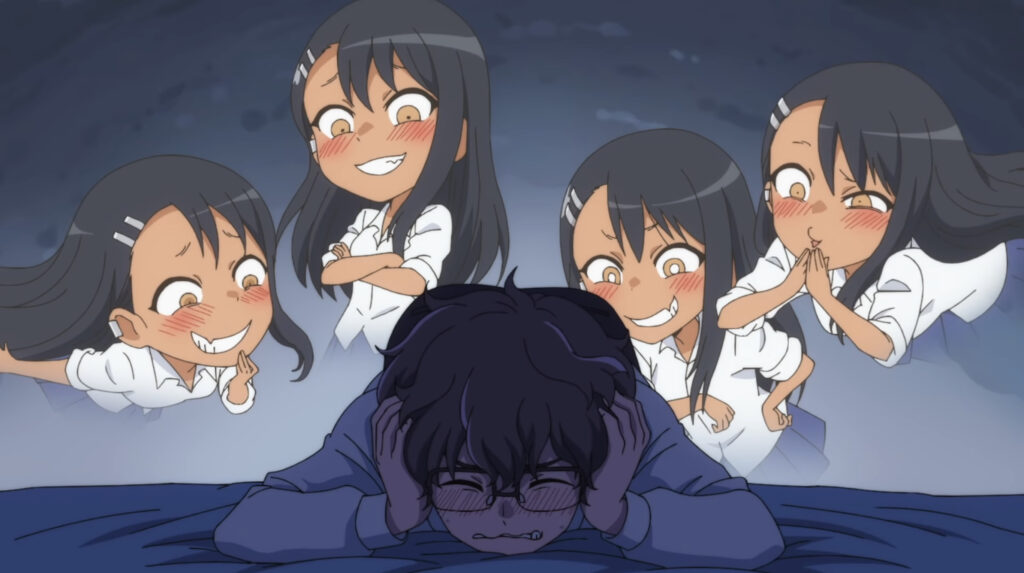 What if you live in Tokyo and can’t wait until the newly announced 10 April premiere? Well, preview screenings will be held in Japanese theaters prior to the premiere. In the Ikebukuro Humax Cinema on 27 March, Nagatoro voice actor Sumire Uesaka and director Hirokazu Hanai will appear at a screened preview, with the entire cast appearing at a similar event at the Shinjuku Walt 9 on 28 March. More details will be announced on 18 March.

After watching this trailer, 10 April can’t come soon enough. You can find out more about the Don’t Toy With Me, Miss Nagatoro anime over on the official website.