Doraemon Goes on a Farming Journey for Doraemon: Nobita’s Story of Seasons on Nintendo Switch 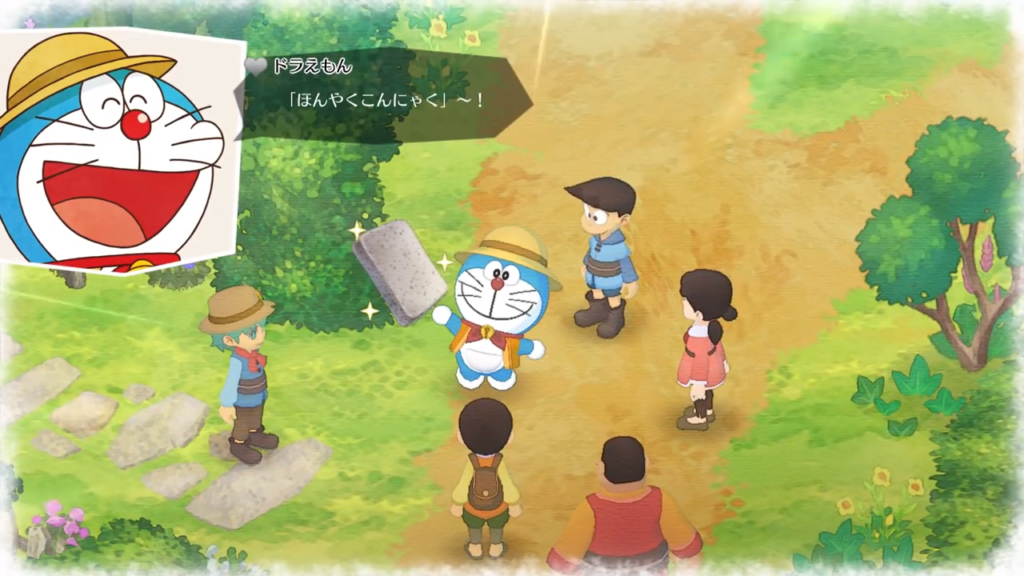 The game has the player take on the role of Nobita tending to his farm and feeding his stock of animals. Doraemon himself sometimes will swing by with new inventions and meet you about town along with other characters from the series. Story of Seasons characters like the Harvest Goddess also appear, but seem to be redesigned as if they were in a Doraemon anime.

The game will be developed by Studio Brownies, the development company founded by artists involved in the Mana series at Square Enix. When artist Shinichi Kameoka founded the company, the priority at the time was for them to develop mobile games like Egglia. However, in 2018, they revealed they were working on a “raising game” for the Nintendo Switch in an interview with Source Gaming. The announcement came later than they’d hoped, but I don’t think anyone could have guessed that this was what they were working on.

Kameoka left Square Enix because he didn’t like the specific 3D style that Final Fantasy games were turning towards around the time of Final Fantasy X. His work on Egglia and now Doraemon: Nobita’s Story of Seasons both demonstrate what sort of style he wanted. 2D hand-drawn backgrounds with cel-shaded characters that fit into the 2D world. Nobita’s Story of Seasons, in particular, has a paper-like texture over the whole thing to create a uniform aesthetic. So far there hasn’t been any announcements on if the title will be released in the west and Doraemon games generally don’t, but I really really hope this is an exception.