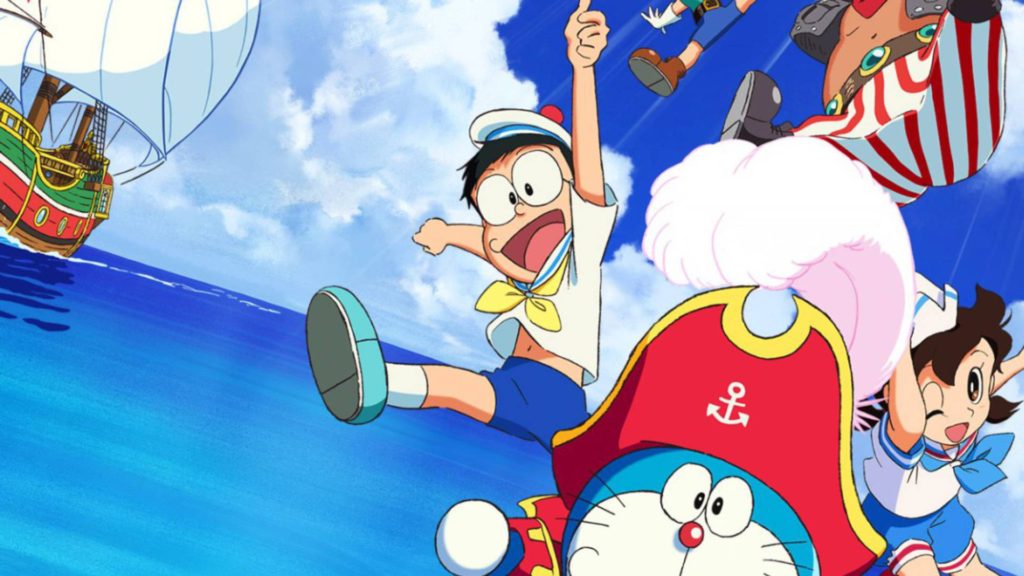 Everyone’s favorite friend is on his way back for ‘Doraemon The Movie: Nobita’s Treasure Island’, set to begin screening here in Japan during March 2018. Breaking away from the ice cold world of Kachi Kochi, Doraemon’s latest adventure finds itself inspired by ‘Treasure Island’, the 1883 novel by Robert Louis Stevenson. It’s set to be a seriously enjoyable high-sea adventure, and we can’t wait to see how it pans out, regardless of the almost year long wait ahead of us.

It’s set to have a seriously star-studded lineup of industry veterans working on it, including novelist Genki Kawamura who produced both ‘The Boy and the Beast’, as well as the record-breaking ‘your name.’ penning the script. On top of this, directing the film will be one of the original episode directors from the 2005 anime series, Kazuaki Imai. This will be his debut directorial work within the Doraemon film universe.

While not much else has been detailed outside of a sampling of the involved staff, as well as the above visual, there’s a lot to be excited for building off the success of the previous film. More recently, we’ve seen a lot of really creative collaborations take place within the Doraemon universe. One of my favorites in recent memory is most definitely the franchise collaboration with established sneaker brand Puma for a sweet limited-edition line of shoes.

If you’re interested in checking out further information on the upcoming film, be sure to check out the official website, here.