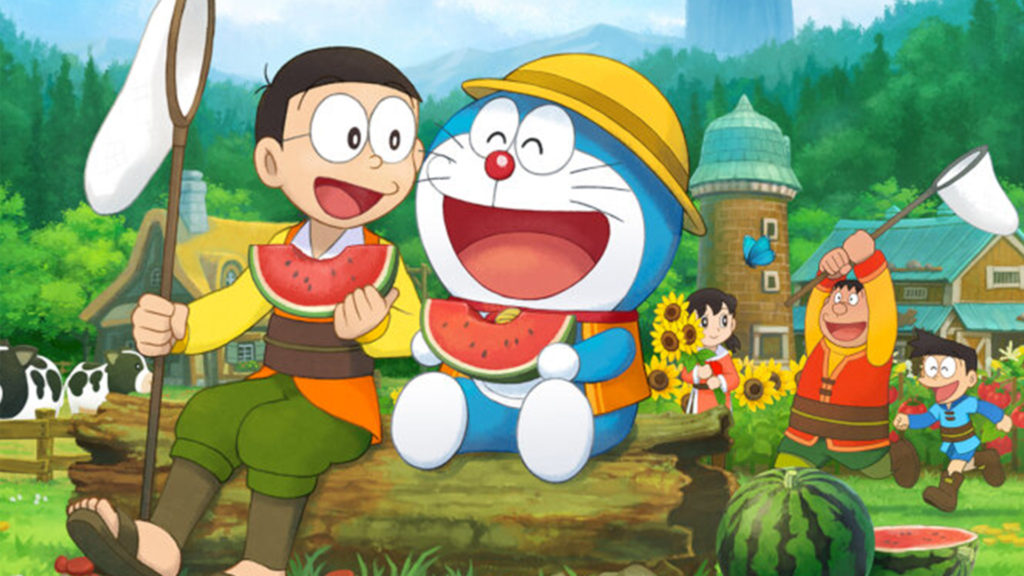 Doraemon and Nobita go on plenty of adventures through time and space, but they’re ready to settle down for a bit in Doraemon: Story of Seasons, now releasing in North America and Europe in Fall 2019. In this game, Doraemon has none of his usual gadgets as they try and build a farm within the Story of Seasons universe. Of course, it’s worth mentioning that Story of Seasons is the new name for the much more recognizable series Harvest Moon.

I’ve already written about some of the production details behind the game when it was first announced in the Japanese version of the February 14th Nintendo Direct, so I’ll add those notes below:

The game will be developed by Studio Brownies, the development company founded by artists involved in the Mana series at Square Enix. When artist Shinichi Kameoka founded the company, the priority at the time was for them to develop mobile games like Egglia. However, in 2018, they revealed they were working on a “raising game” for the Nintendo Switch in an interview with Source Gaming. The announcement came later than they’d hoped, but I don’t think anyone could have guessed that this was what they were working on.

Most of what has been shown so far are standard Story of Seasons mechanics, but hopefully, there will be some new mechanics unique to a Doraemon story. But in general, I’m just happy this is getting localized. Most Doraemon games don’t get brought outside of Japan, but this has the added bonus of satisfying Nintendo Switch players’ desire for a farming game whilst also being a treat for Doraemon fans.