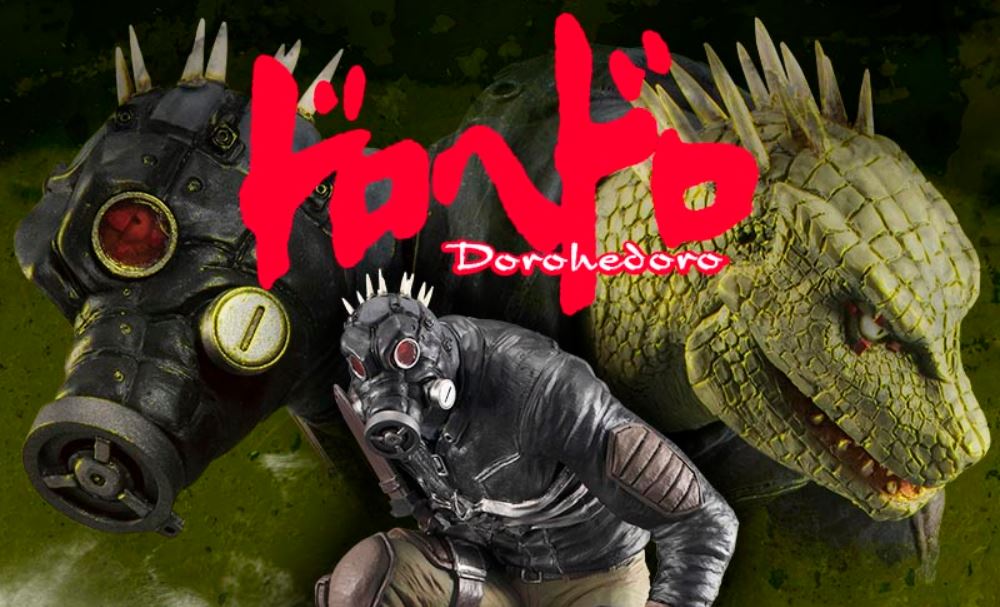 Ah Caiman, arguably he’s anime’s best Crocodile. He lost his memories, he loves his Gyoza, and his friendship with Nikaidou is truly adorable. Now whether or not Caiman himself is adorable depends whether or not you’ve seen Dorohedoro; the cult hit series’ ardent fans would plead until they were blue in the face that indeed the Crocodile man is cute. Those just looking at a picture of him might find him a wee bit terrifying, not just because he’s got an alligator head but with all that leather affectation he admittedly can come off as intimidating. Doubly so once you see his design finally manifested in the third dimension in anime figure form. 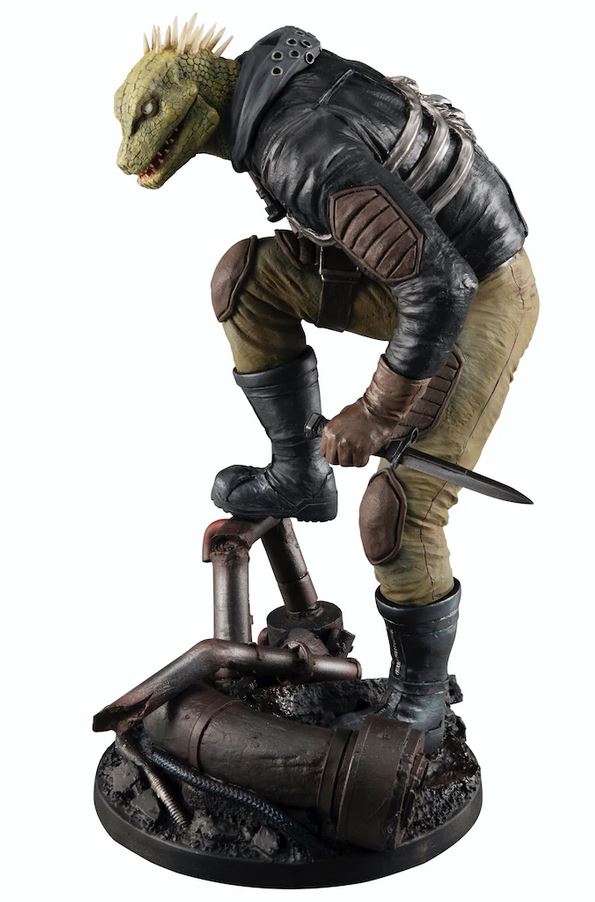 Only now seeing Caiman physically manifested in our reality as toy do I realize that Dorohedoro author Q Hayashida was probably influenced in some way by Spawn’s Todd McFarlene or at least things that were influenced by that. The grit, the spikes, the leather, this figure sculpted by Jun Goto would look complete on the shelf of both any anime fan or any leftover real deal 90s goths who haven’t given up the faith. Whether you’re a fan of the series or just think this would be a cool home decoration, it’ll set you back around $150 when it releases next June. 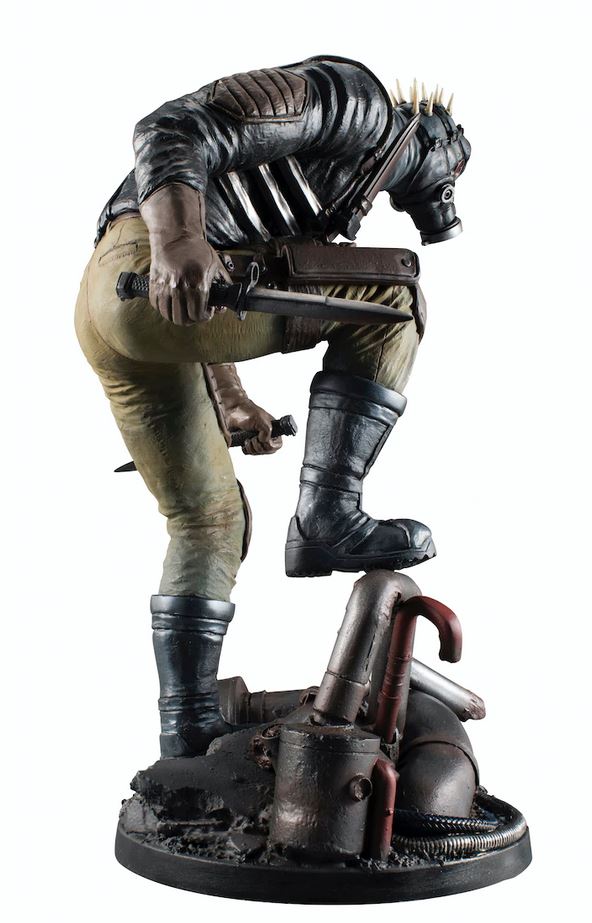 Just look at that plastic leather sheen! Caiman even comes with a removable mask which almost justifies that price point. We imagine some Dorohedoro fans are just happy to see their beloved series get some quality representation. Between last week’s particularly well designed COSPA shirt offerings and this hell of a figure, they might all go broke in the coming month! Christmas is coming up, so you might be able to ask Santa to help out, but even he might not be able to make it into The Hole… Yes, that’s a bad Dorohedoro reference. Check it out!

The Caiman figure goes on sale next June, and you can preorder it here.

Dorohedoro Episode 7 Review: A Platter of Worms, Sharks, and Lizards

Dorohedoro Episode 2 Review: Biting Off More Than You Can Chew?

Why The Dorohedoro Anime Excites Us