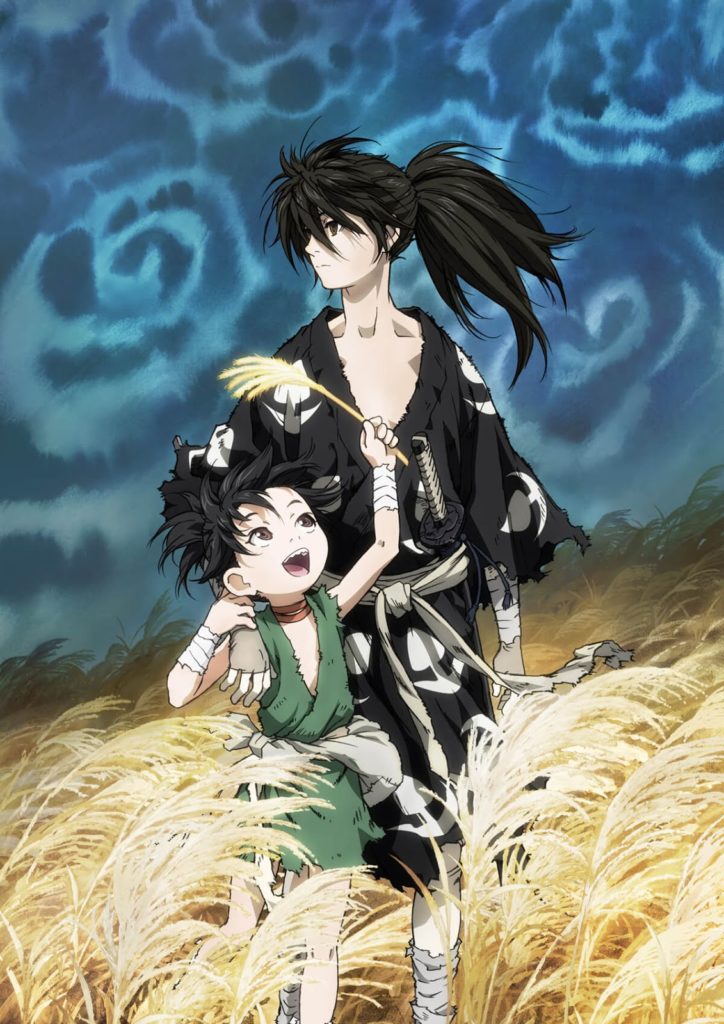 Remakes can be hit or miss. When revamping subject matter that can be called a part of anime history, I’d imagine the creative process is equal parts exhilarating and terrifying. There’s no room for error, not when bringing Dororo, one of Osamu Tezuka’s classic tales, back to life for a new audience.

Personally, I stumbled onto the 2019 reboot by accident. The title was familiar, and while I couldn’t completely recall the story, I pressed play. I ended up finishing all 24 episodes in two days. I’m not the ‘binge-watching’ type, so I’d call the series a massive success based on that alone.

It’s been a while since I’ve been so completely ensnared in an anime series, that it is all I can think about for days after. It went from completely unknown, to making my top five series of all time.

My husband hasn’t seen a single episode, but he probably knows the entire plot by heart at this point. I don’t think I stopped talking about it for weeks after the finale. And I’m not the only one singing its praises. 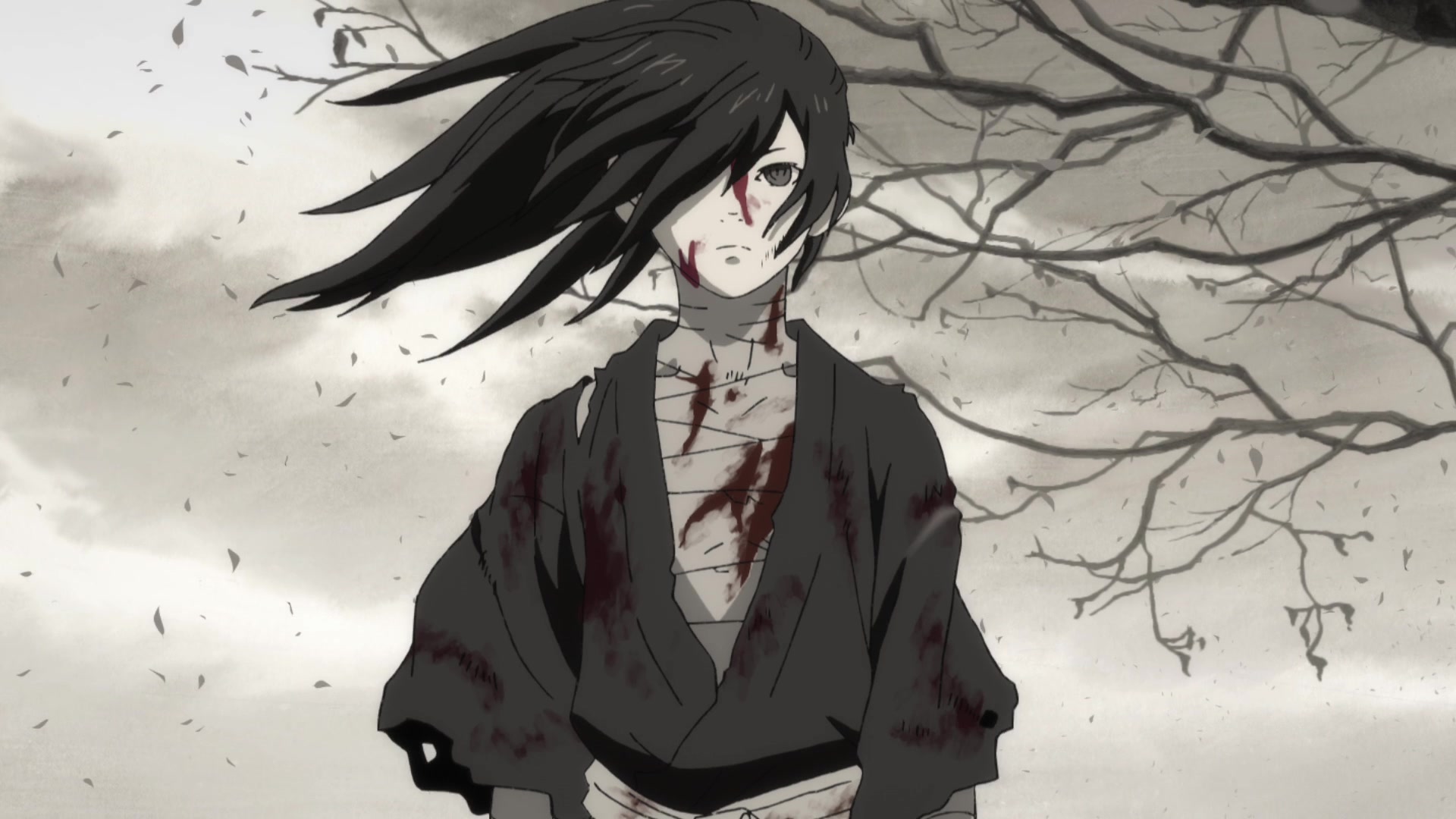 Dororo Began Before the Moon Landing

Osamu Tezuka is a name uttered with reverence. Often called the ‘Father of Manga’ and the ‘Walt Disney of Japan,’ he is recognized for his massive contributions to animation, creating a number of beloved works, from Astro Boy and Kimba the White Lion to Black Jack and Ribon no Kishi. His legacy continues to be honored to this day, with other leading manga artists such as Akira Toriyama and Go Nagai crediting him as the inspiration for their work.

Tezuka began the Dororo manga series in 1967. Serialized in Weekly Shonen Sunday, known by fans today as publishing series such as Detective Conan and Inuyasha, it only lasted one year before cancellation.

Beginning in 1969, an anime series began airing on Fuji TV, running for twenty-six episodes. Following the manga’s storyline, the manga was brought back to life for a short time in Bouken-Oh magazine, finally giving fans a conclusion to the story. Shortly after, the chapters were compiled into four volumes. An English translation was released in three volumes in 2008, with a single volume edition following in 2012.

During the Sengoku period, a time of almost constant civil war in Japanese history, a wandering warrior named Hyakkimaru comes across a young thief named Dororo. Something about Hyakkimaru is strange: he was born without limbs, without skin, and without internal organs. He wears a mask formed to look like a face and conceals swords in his prosthetic arms and legs, traveling the countryside to hunt demons. Each time one is defeated, he regains a piece of his body or one of his senses.

Before Hyakkimaru’s birth, his father, Kagemitsu Daigo, made a deal with twelve demons for power over the lands. Because of this unholy agreement, Hyakkimaru was born malformed and was immediately abandoned on the river.

Found by a doctor who crafts prostheses instead of putting the baby out of his misery, Hyakkimaru begins his journey at age 16, after a voice tells him what he must do to become whole. He is incredibly powerful and proficient in battle despite his countless handicaps, using a sixth sense to seek out his enemies.

Dororo, a young thief, sees Hyakkimaru’s fighting style, and immediately begins traveling alongside him as a companion. (It’s clear that defeating monsters would be an easy way to earn money, after all.) They become closer and closer as Hyakkimaru starts to regain more of his humanity, with Dororo quickly becoming the most important person in Hyakkimaru’s lonely life.

While the 1969 anime adaptation saw a more talkative protagonist, Dororo’s more recent adaptation manages to capture an incredible amount of emotion and meaning in silence, given that Hyakkimaru is without ears and cannot speak when the series begins. As the series progresses, the audience feels an incredible bond to this character. While he is a living being, it is only through regaining his senses and limbs that he truly comes to life.

Over the course of the series, we’re able to see the pain of Hyakkimaru’s mother at the loss of her child, his younger brother’s uncertainty at his older brother’s resurgence in his lands, and his father’s willingness to sacrifice his son for the greater good. When Kagemitsu Daigo made his infamous pact with the demons, he did so to prevent famine and drought in his lands, and to ensure his rule over Kaga Province.

Was the sacrifice of his son moral? Is one life a fair sacrifice to ensure another? By the end of the series, some viewers may still be unsure.

The 2019 Anime Series Is a Must-See From Studio MAPPA

Osamu Tezuka’s animation studio, Tezuka Productions, was founded in 1968 and worked on animating the series alongside popular animation studio MAPPA. Founded by Masao Maruyama who also helped create Madhouse, MAPPA has recently found critical acclaim in the anime community for titles like Terror in Resonance, Yuri on Ice, Banana Fish, and the Kakegurui series.

After the announcement of the anime series, it was announced that the manga would be getting a remake as well, with the title The Legend of Dororo and Hyakkimaru. It was published in the December 2018 issue of Monthly Champion RED magazine, the publication known most widely for serializing Densha Otoko and Devilman G.

The 2019 anime has been praised for its fluid animation, particularly in battle scenes. Directed by one of the most sought-after directors in anime, Kazuhiro Furuhashi, fans may recognize his handiwork in these fighting sequences, as he directed the entirety of the Rurouni Kenshin series. He also portrays each character in a very realistic way, something for which he is well known in the industry.

The soundtrack to the series (available on Spotify) was composed by Yoshihiro Ike, who found his musical beginnings with Blood: The Last Vampire in 2000. Having worked on over 100 movies, TV shows, anime series and video games, he most recently brought his music stateside at the 2019 Anime Expo, playing some of his work from Tiger & Bunny, Saint Saiya, and Dororo.

While it seems a series with such high praises would be more discussed, Dororo seemed to only get limited exposure. Here in the states, the only way to lose yourself in this gem is through Amazon Prime. Personally, this is one series I would like to own physically, though the series is split into two blu-ray volumes, each coming in at around $240.

Dororo didn’t end with only anime and manga. In 2004, Blood Will Tell: Tezuka Osamu’s Dororo was released on the Playstation 2. The Sega game followed the manga’s plot and allowed players to control both Hyakkimaru and Dororo. Reviews weren’t great but certainly weren’t too terrible either, with Famitsu giving it a 30/40 and IGN sitting at a 6.8/10. Most complaints center around the camera and crude platforming.

In 2007, a live-action Dororo film was released starring Satoshi Tsumabuki and Kou Shibasaki, who had previously starred opposite each other in the popular drama series Orange Days in 2004. While the story was much the same as other incarnations, the characters were shown as being much older, for obvious reasons. While the atmosphere was praised, the film was said to lack both special effects and an emotional connection between the two main characters.

It would be easy to rant and rave about Dororo for another eighty paragraphs. This is a series that doesn’t require the viewer to be a certain type of anime fan… it only requires you to love a good story.