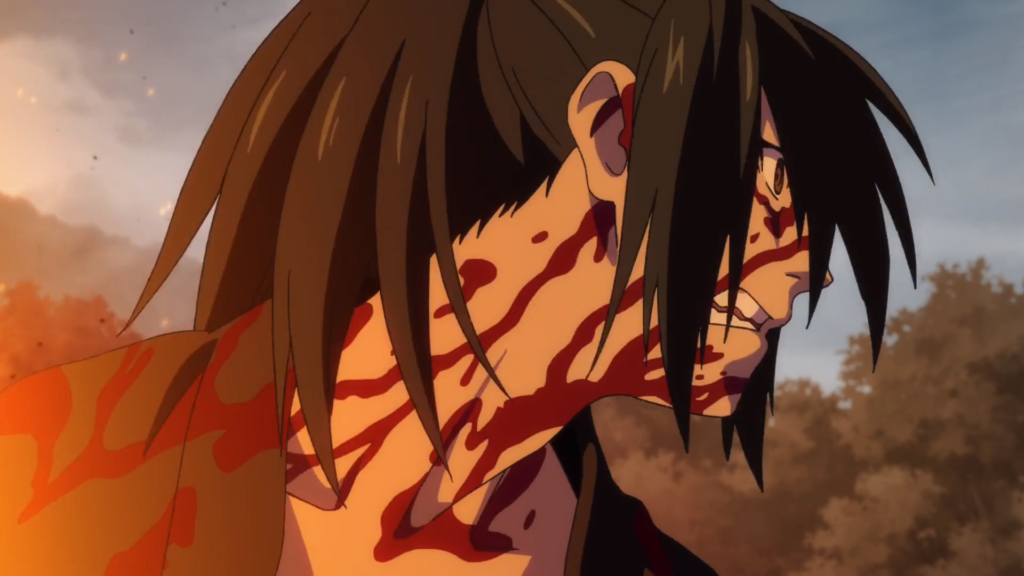 Dororo finished its 24 episode run earlier this week and it’s been an exciting and engaging ride from start to finish. No one expected there to be a new adaptation of the half-century-old manga by the legendary Osamu Tezuka. However, Studio MAPPA stepped up to the plate and honestly hit this one straight out of the park. Featuring pristine animation and many original elements to help modernize the story for present day watchers, 2019’s Dororo is a show that can be enjoyed by many. Both old school Tezuka fans who might be apprehensive about seeing a classic updated and people who are entirely unfamiliar with the original Dororo manga should take the time to give this one a watch. Provided, they have an Amazon Prime subscription.

The anime follows Hyakkimaru and his young traveling companion Dororo as they travel across Japan during the Sengoku Era. Hyakkimaru was offered up as a sacrifice to demons before he was born by his father, Lord Kagemitsu, the head honcho of the Ishikawa area. This demonic exchange was done to protect his citizens and so Hyakkimaru was born without limbs, eyes, or ears. Instead of being outright killed when finally born, a midwife chose to put him in a basket and float down the river. He’s found and taken in by a kind man who fixes him up a series of prosthetic body parts which include concealed swords in his arms. While he still can’t hear or see, Hyakkimaru develops a kind of sixth sense where he can perceive auras, both where they are and if they’re malicious or not. When he’s grown, he eventually leaves home and sets off on a demon killing quest to regain his lost body parts one by one. Along the way, he meets the young orphan, Dororo, who warms up to Hyakkimaru and they continue the journey together.

For the first half of the series or so, the show remains mostly episodic. Hyakkimaru and Dororo make it to a new area that’s being ravaged by some kind of monster and vow to defeat while befriending the locals along the way. On a purely technical level, the animation’s gorgeous. Studio MAPPA, who’s responsible for some great shows like Kids On The Slope and the fan favorite Yuri!!! On ICE, brought their A-game. The fight scenes with these grotesque demons, some inspired by traditional Japanese legend, who range from mutated sharks to the Nue; a twisted cross between a lion, a monkey, and a snake. These fights are brutal too. Lots of blood and sliced limbs and all sorts of carnage brought on through Hyakkimaru’s instinctual and devastating combat prowess. We have to say, Dororo isn’t for children.

The human drama along the way holds up well too. People and communities that have been struck by violence, demons, poverty, and tyrannical government rule play center stage and while Hyakkimaru’s ultimate goal is to get back his body he does a lot of good along the way. These episodic stories are very reminiscent of a Cowboy Bebop or Samurai Champloo scenario. Yes, its monster of the week, but each tale is given the attention it deserves. The main plot begins to ramp up when Tahomaru, Lord Kagemitsu’s second son and heir, enters the picture. After learning about Hyakkimaru when rumors of his demon killing spree start to spread, Tahomaru vows to kill Hyakkimaru to keep peace of his father’s land. Now Hyakkimaru and Dororo have to deal with human pursuers, contending with the fact that Hyakkimaru will have to stain his hands with human blood, again and again, to keep going.

It’s a dark tale that doesn’t spare much kindness along the way. The basic premise and main characters are the same as Osamu Tezuka’s 50-year-old manga, but changes were made along the way to keep the anime succinct. For instance, the original tale has Dororo hunting a specific 48 demons, instead of just journeying the lands and attacking ones he comes across. Tahomaru’s role in the new anime is also exponentially increased, becoming the biggest antagonist of the tale. There are plenty of other small changes, additions, and subtractions but they all served to make the Dororo anime its own unique and complete show. Only the most devout purists would get upset at them, and I don’t think enough people have read the Dororo manga for that to happen.

One of the biggest disadvantages the series has going for it isn’t anything about the show itself. Outside of Japan, Dororo is an Amazon Prime exclusive. The streaming service dabbles and has occasional exclusive streaming rights, like for Wotakoi and another great MAPPA show Banana Fish. It’s never been one of the top places for people to watch anime though. Chances are, with the show’s high production value and overall quality, it’d be a bigger hit if it was on a Netflix or Crunchyroll. Everyone we’ve seen that’s given the show a chance has taken to it, citing it as one of the biggest hidden gems of the year so far. If you have an Amazon Prime account please look this one up.

Ultimately, Dororo 2019 is as good a Dororo show made now could be. Everything from the character designs to the way the story’s told has been successfully modernized for today’s audience, but it retains hints of that Tezuka charm. Especially through the character of Dororo, like how they’re never drawn with toes. That’s a direct and intentional nod to Tezuka’s artstyle. The direction is solid throughout, with tension ramping up as the show goes on. Sometimes the journey gets a little repetitive but you’re all in by the time the climax of the show hits. The final battle between Hyakkimaru and Tahomaru is a fierce one that successfully culminates every ounce of frustration and hatred the two characters have felt throughout their sagas. Studio MAPPA’s Dororo is must watch show for fans who love their anime with extravagant fights and those wanting something a little more to chew on and think about.

You can watch Dororo on Amazon Prime now.