Double Kick Heroes Will Launch on Nintendo Switch This Summer 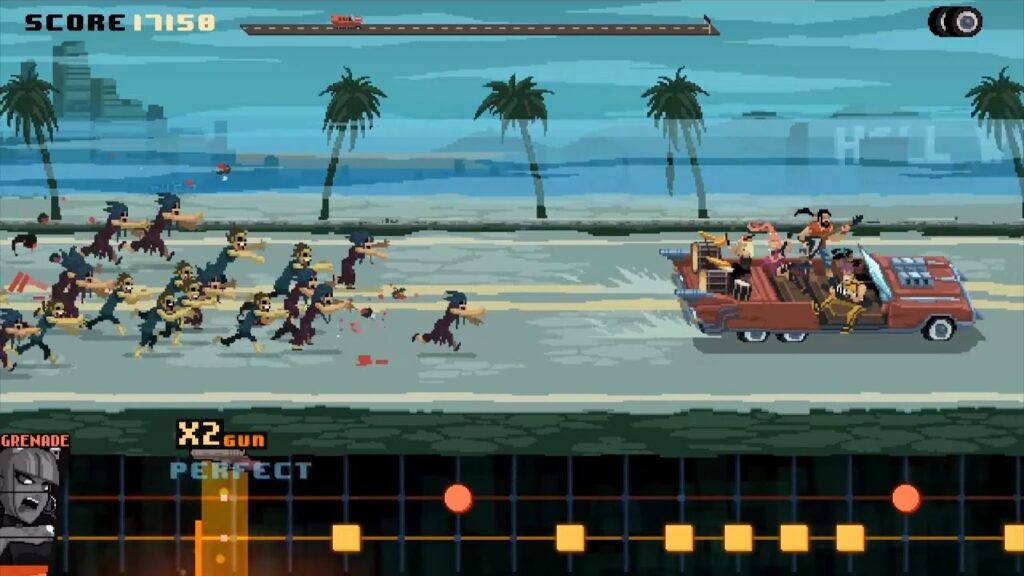 Today, Nintendo’s new Indie Highlights stream took place that focused on indie games headed to the system. One of the titles announced during this video was Headbang Club’s Double Kick Heroes, a game that finds players in a car driving away from oncoming zombies while using the power of Metal music to kill ’em all.

Double Kick Heroes is a rhythm metal shooter that features the gameplay going on in the majority of the screen, but across the bottom is a riff bar in which you’ll need to hit the oncoming riffs in time. Successful hits mean successful shots and getting away from the undead.

Double Kick Heroes is to arrive to Nintendo Switch first this Summer. It’s also due to launch out of Early Access on PC.