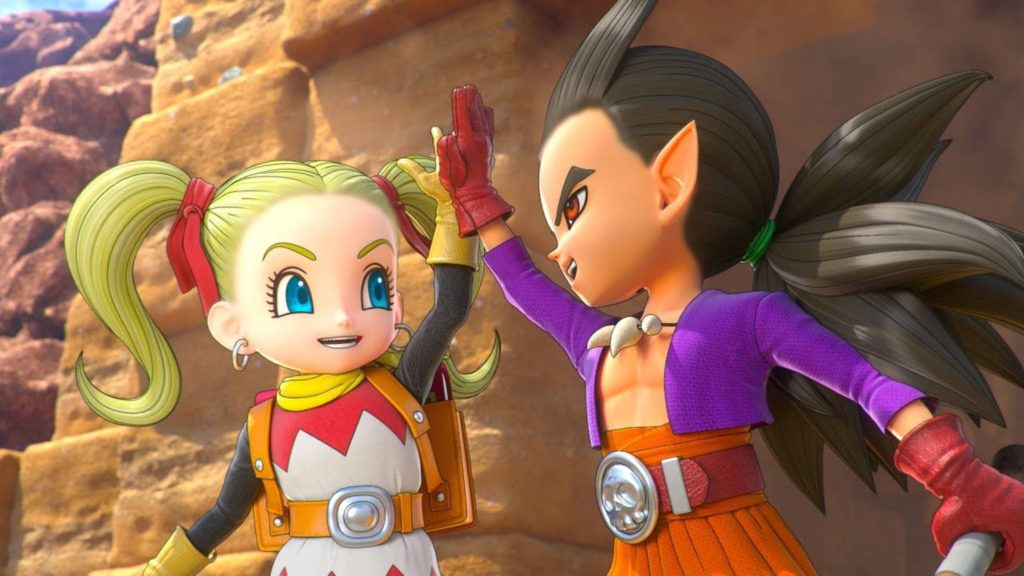 With Tokyo Game Show 2018 well underway, we spent most of our weekend making our way over to the unfortunately distant landmark location of Makuhari Messe to try our hand at a handful of games, one of which included Square Enix’s upcoming title Dragon Quest Builders 2 on Nintendo Switch.

There are few games on Nintendo Switch that I’ve spent more time enjoying than the original Dragon Quest Builders which released in English earlier this year. For hours on end, I’d find myself mindlessly building upon my town, adventuring and killing monsters, then finally completing the game’s big ol’ story. With Dragon Quest Builders 2, it seems like Square Enix intends to expand upon all of that and so much more, something I learned while playing the timed demo on Nintendo Switch in portable mode.

Picking right up from the beginning of the game, we’re introduced to a much more narrative driven tutorial than what was found in the original game. We see our protagonist locked upon a pirate ship, constantly teased under the threat of death, the young creator must appease his or her captors in a number of various mini-missions. Exploring the ship feels enjoyable, with the addition of first-person mode making for some genuinely entertaining moments.

While the whole demo played in Japanese-language, the dialogue and interactions were all enjoyable and offered a unique charm that I can’t wait to see translated. Unfortunately, with the game’s time restrictions, I wasn’t able to get much further than the initial tutorial zone; that being said, however, that in and of itself was enjoyable, regardless of already knowing the game’s controls from the previous entry. I’m still tossing up as to whether or not I want to pick the title up on PlayStation 4 or Nintendo Switch, with the portability definitely being a relevant factor.

Set to release on PlayStation 4 and Nintendo Switch in Japan on December 20, 2018. There’s currently no word as to whether or not it will be coming to the West, though we can only hope it will, especially given the recent Dragon Quest push internationally. Further information on the upcoming title can be found via its official website.