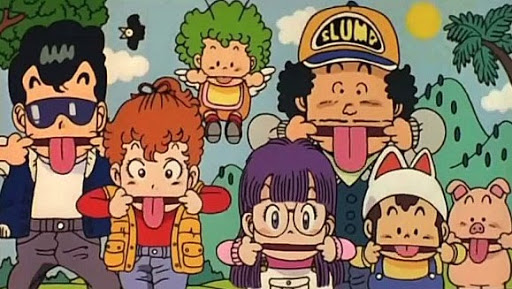 Dr. Slump is a comedy manga and anime series about a cute little girl robot and her creator. 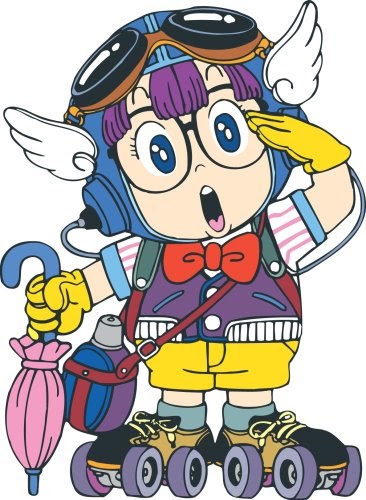 We tend to think of fictional Japanese robots as being big and tough, while fighting to save the world — Gigantor, Voltron, Robotech, Gundam, Transformers, etc. But how about some cute robots?

In the 1950s, there was Astro Boy, a boy robot superhero.  He was followed by Doraemon, the cute robot cat from the future.  The Persocoms of Chobits (especially Sumomo) would fit into this category. Nano from Nichijou is a more recent and traditional example.

(These characters are named after different varieties of Japanese rice crackers. These snack foods are often lumped together under the name senbei or o-senbei.)

Arale-chan doesn’t look like a robot. She appears to be a little girl with purple hair and glasses.  In the first chapter of the manga, Senbei claims that Arale is 13 years old — although she often acts much younger.

Dr. Slump is a silly, goofy and absurd manga. It’s full of sight gags and slapstick. There’s also some toilet humor and some somewhat naughty (but kid-friendly) jokes.

The Fourth Wall is constantly in danger of falling down.

In the first chapter of the first book, we get some idea of what sort of series this is going to be:

Senbei tries to keep Arale’s robotic nature a secret, claiming that she is his little sister. (When somebody questions the holes in this flimsy story, he switches to the equally-troublesome claim that she is his daughter instead.)

Since Arale is allegedly 13 years old, Senbei sends her to Penguin Village’s middle school. Of course, this is comedy gold for all sorts of silly school situations.

For example, Arale tries out for various sports teams and school clubs. In some cases, she’s way too strong to be useful (destroying balls and equipment). As a naive robot, she also fails to understand some vital points (such as the need for a swimsuit in swim club).

Arale has a robotic head for numbers, and she is extremely strong. So it’s a bit surprising that nobody seems to realize that she’s not a robot.

Inventions and Other Silliness

In some ways, Dr. Slump is similar to Doraemon. The main character is a little kid. The inventive Senbei comes up with all sorts of helpful and unhelpful gadgets.  (Arale even comments on the comparison between the two.)

Early on in the manga, he invents glasses that allow him to see nothing but living beings. In essence, this means he can see naked people (carefully censored for the audience). He claims that this is for research purposes.

This “research” joke follows directly from a previous bit. Arale realizes (thanks to her interaction with others) that she is missing something important. During a silly conversation that dances around exactly what that thing is, the inventor offers to build her one. The only problem is, he hasn’t seen one before.

In another chapter, Senbei invents a ray gun which can make things smaller or larger.  It sounds great — it can create huge amounts of food, make big things easier to carry, etc. And then Arale uses it to make the house tiny and tiny bugs huge.

He also creates a camera that can take photos of what things will look like in the future. Arale doesn’t look any different in the future (the 1990s) because she’s a robot. This is confusing for Arale’s friends and disappointing for her — she wants to grow up.

There’s also a robotic tracking dog that needs to pee (even Senbei doesn’t seem to know why he included that function).  And that’s just a small fraction of what he invented. 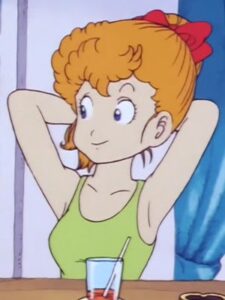 Akane Kimidori is Arale’s schoolgirl friend.  She’s a troublemaker and a tomboy.

In one chapter, Arale and Akane switch clothes and hairstyles to look like each other. This gives Akane a chance to learn how strange Arale’s home life is. Meanwhile, Arale-as-Akane acts like her usual weird robotic self around others. 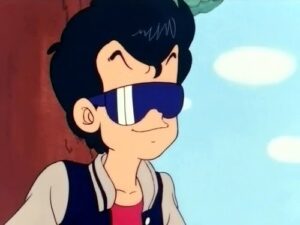 Taro Soramame is another friend and he’s the local tough guy and hoodlum. He’s somewhat older than Arale’s other friends. In volume 2 of the manga, he enrolls in high school. Taro has a little brother named Peasuke. 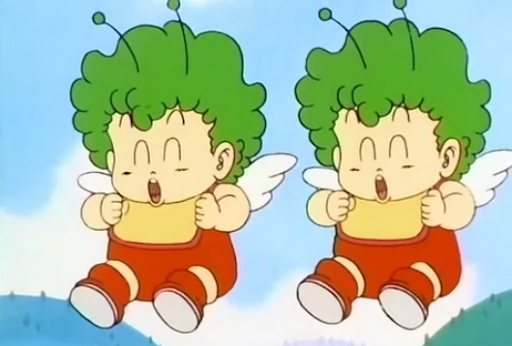 Gatchan (Gajira Norimaki) is an odd little addition to the Norimaki family.  She is a little winged creature with a small green antennae.

Gatchan first appears in a manga chapter where Senbei, Arale, and Peasuke visit prehistoric times using a time-travel device. (It’s another one of Senbei’s inventions.)  They bring an egg back, and Gatchan hatches from it. 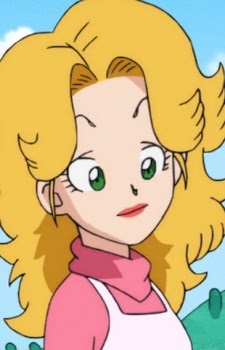 Midori Yamabuki is Arale’s teacher.  Senbei falls in love with her.  Eventually, they get married. 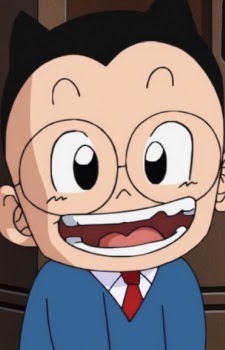 Where is Doctor Slump?

Technically, there is no Doctor Slump in Dr. Slump. It would seem to be a nickname for Senbei. In one translation of the anime, he is called Dr. Slump exclusively.

The name Penguin Village is also a mystery. It’s not a cold, freezing place and the people aren’t penguins. There are various furry cartoon animal people (just like in Dragon Ball). We eventually find out that the mayor is a penguin.

It all starts in Chapter 81 in Volume 7 of the Dragon Ball manga, titled Chased to Penguin Village. This crossover story features several Dr. Slump characters.

The story takes place during the middle of the General Blue part of the Red Ribbon Army Saga. Goku is still a little kid, and the comedy elements of Dragon Ball are much stronger than in its later, more serious sequels.

In Chapter 81, Senbei just gets a brief cameo, and he uses it to break the Fourth Wall. He’s happy just to appear in a Jump manga story again. (The Dr. Slump manga ended in 1984, and this story was first published in 1986.)

Arale gets a bigger role.  She actually meets Goku and chases after him.   Arale catches up with Goku in the next chapter, The Broken Dragon Radar.

Goku talks some more with Arale, but there’s no time to chat; he has to find General Blue.

There’s a short bit of comedy with Suppaman, Dr. Slump’s parody of Superman.  The story then continues on, as Arale gets a chance to ride Goku’s famous Nimbus cloud, Kinto’un (or Kinto-Un or Kintoun).

It seems that the Dragon Radar is broken, and Arale knows somebody who can fix it — Senbei.

Senbei fixes the radar in the next chapter, The Stolen Dragon Radar.

(The cover art for this chapter is great, as it shows Arale wearing Goku’s orange gi and riding on Kinto’un.  Meanwhile, Goku is wearing Arale’s usual outfit, and even has a “Goku” version of Arale’s hat.)

This gets adapted for the Dragon Ball anime.

Arale would make a brief cameo during the Copy-Vegeta Saga (episodes 42-46 from 2016) of Dragon Ball Super. This is an anime-only story.

Goku accidentally teleports to where Arale is.  Goku is noticeably older, but Arale is the same.

Arale would appear again near the end of the Future Trunks Saga.   Goku is providing security at an invention conference.  Senbei Norimaki is one of the winners at the convention.

Unfortunately, Senbei’s rival, Dr. Mashirito, is also at the convention.   Mashirito is actually a ghost, but he’s mad that he wasn’t invited to the event.

Mashirito has brought Arale and the Gatchans with him. He also fed them a special chemical which makes them want to play.

Arale plays with Mr. Satan, but her “play” is too rough for him. Vegeta then fights Arale, and the little girl robot holds her own.

Vegeta isn’t too happy at having to fight “a gag character,” and Goku is reluctant to fight her.

Vegeta continues to fight the girl robot, but the action is more comedic than anything.  Eventually, Arale wins her fight with Vegeta.

Goku and Arale finally recognize each other.  They fight, but they seem to be evenly matched.

There are some silly poop jokes, and eventually, the ghost of Dr. Mashirito is stopped.

A remake was created in 1997.   The remake changes the story somewhat. (Arale was created by accident in this version.)

There have also been 11 animated films, video games and light novels.