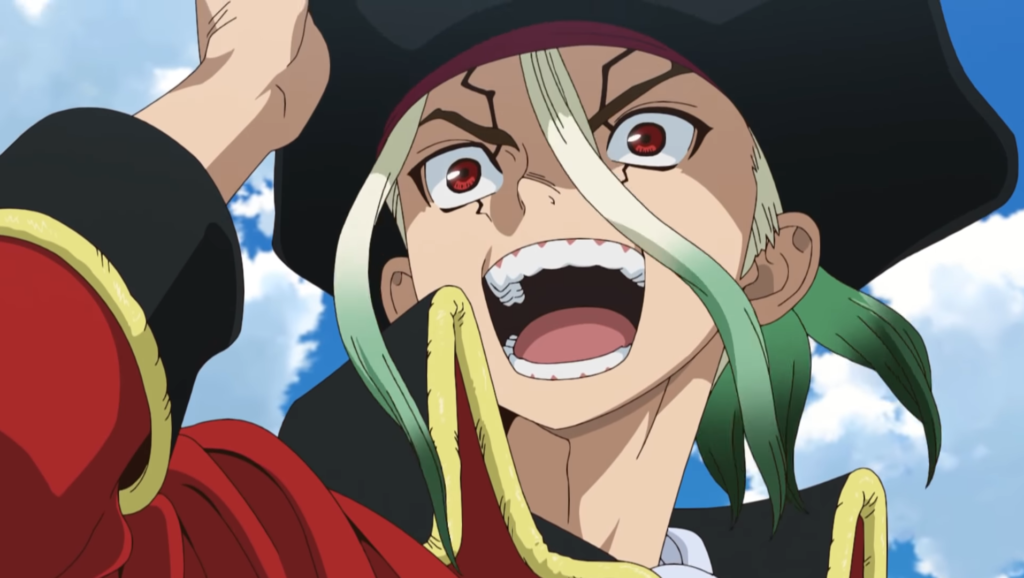 Given how popular the original Weekly Shonen Jump manga is and that season 2 only had eleven episodes, it was probably only a matter of time before Dr. STONE season 3 was announced. No one quite expected that announcement to come right at the end of the latest episode, however, and with a fully animated Dr. STONE season 3 PV to boot!

Broadcast on 25 March at 10:30 p.m. on Tokyo MX and others, Dr. STONE season 2 episode 11 was supposed to round off what has been a considerable improvement on the 2019 adaptation, putting an end to the Stone Wars and Senku and Tsukasa’s long-running philosophical conflict. Take it from me: even more great stuff lies ahead in the manga, but no one knew when exactly we might see it in animation.

This PV, broadcast at the end of the latest episode and later uploaded to Toho Animation’s YouTube channel, seems to suggest that that time might be closer than we think. Although no concrete release date is shared in this Dr. STONE season 3 PV, it is significant that this trailer is animated, taking cues from the original manga. Making a seaworthy boat will be the main focus of the next arc, so this is thematically accurate.

BURNOUT SYNDROMES’ opening song for the first season, ‘Good Morning World!,’ is used here, probably because one for the third season hasn’t been decided yet. Regardless, it’s great to hear it once again, alongside adorable images of the characters getting excited about the prospects of naval voyages. Only some of them will be coming along for the ride, however, so they shouldn’t get their hopes up too much!

The fact that TMS Entertainment has put together such a fully formed PV at this stage for Dr. STONE season 3 seems to suggest that they’re willing to deliver on it sooner rather than later, lest they stir up too much hype in the meantime. No concrete release date has been shared just yet, but we’ll keep you updated as more details come.