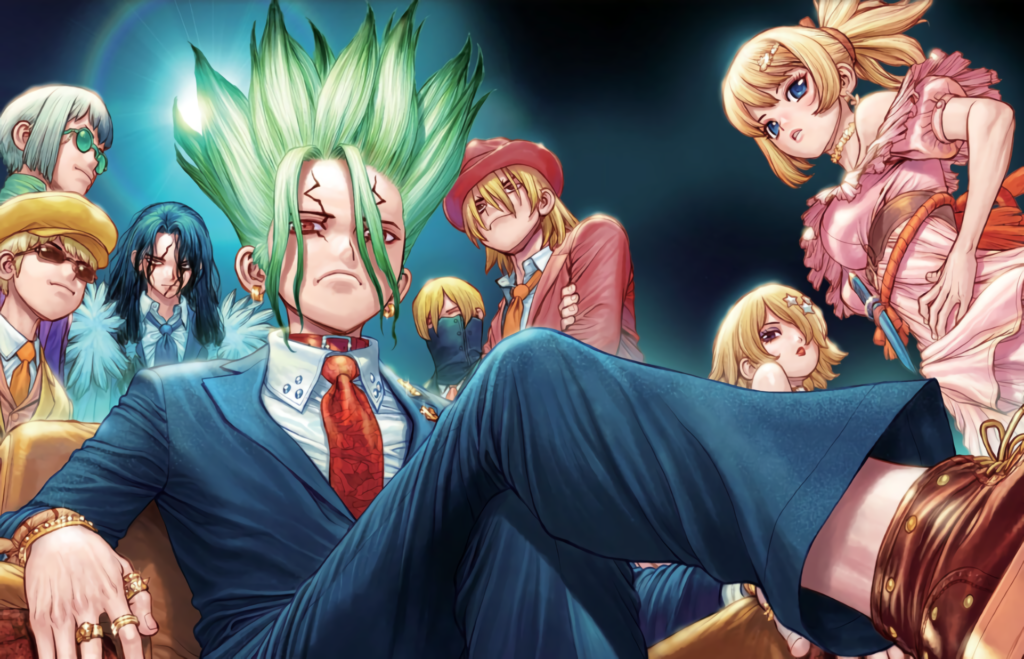 The beginning of a new week can only mean one thing: time for new Weekly Shonen Jump! This is where Jacob investigates the latest and greatest in the magazine, telling you what’s worth your time and what’s not. You can find coverage of other series under the tag Jump Time. Here’s Dr. STONE chapter 189.

Maybe it’s just a matter of coincidence, but it sure feels weird to see the climax of the South America arc play out alongside that of the Stone Wars in the anime. By comparison, the one in Dr. STONE chapter 189 feels downright brutal: while the end of the Stone Wars was brought about with relatively little bloodshed and a reconciliation between Senku and Tsukasa, there’s almost no chance of such a thing happening with Stanley’s men. They’ve marched right into the Kingdom of Science’s territory with a trail of bodies behind them.

Last week’s chapter, chapter 188, saw the Kingdom’s strongest warriors (Kohaku, Tsukasa, and Hyoga) put their lives on the line with the belief that when Kaseki and Chrome repaired the petrification device, they might be brought back to life thanks to that miraculous ‘doctor stone.’ Again, this heroic sacrifice is significant when taken alongside the episode that aired around same time, which sees the three characters cross blades. It really does demonstrate just how much they’ve changed over the course of the series, another testament to Riichiro Inagaki’s fantastic writing. 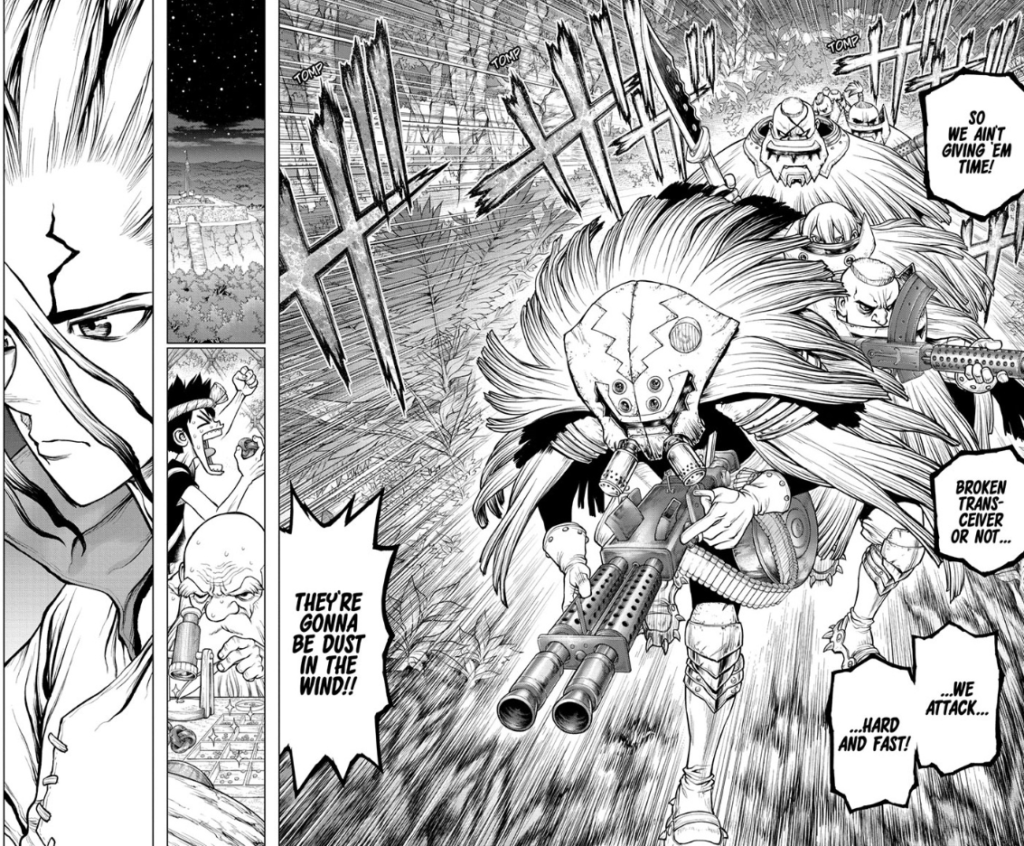 Nevertheless, while I thought that this sacrifice might serve to add a bit of emotional weight to the climax of the South America arc (if Chrome and Kaseki didn’t repair the Medusa, then their friends would die, too) Dr. STONE chapter 189 proves that Inagaki isn’t done piling on the emotion yet. To be honest, this chapter is perhaps one of the darkest in the series’ history: Chrome and Kaseki are scrambling about trying to manufacture a perfect diamond, to no avail. Even though Kohaku et al. manage to destroy the transceiver, Stanley and co. make the decision to attack. And Chelsea and Luna are sent away in the hope that they, if anyone, might survive the coming onslaught.

When said attack comes, it’s short, sharp, and brutal. Taiju and Gen get caught in a grenade blast, with Taiju lying bloody and immobile on the ground. The hut where Chrome and Kaseki is blown to smithereens, scattering the half-finished diamonds everywhere. Ryusui, even (the man who wants for nothing) shows himself to be thoroughly mortal when Stanley’s men shoot him in the chest. It’s not as if the Kingdom of Science hasn’t come back from setbacks before, but this one really does take the biscuit.

How on earth Senku and friends recover from the fallout of Dr. STONE chapter 189 will be interesting, to say the least. Happy four year anniversary, by the way!

You can read Dr. STONE chapter 189 for free via VIZ Media.