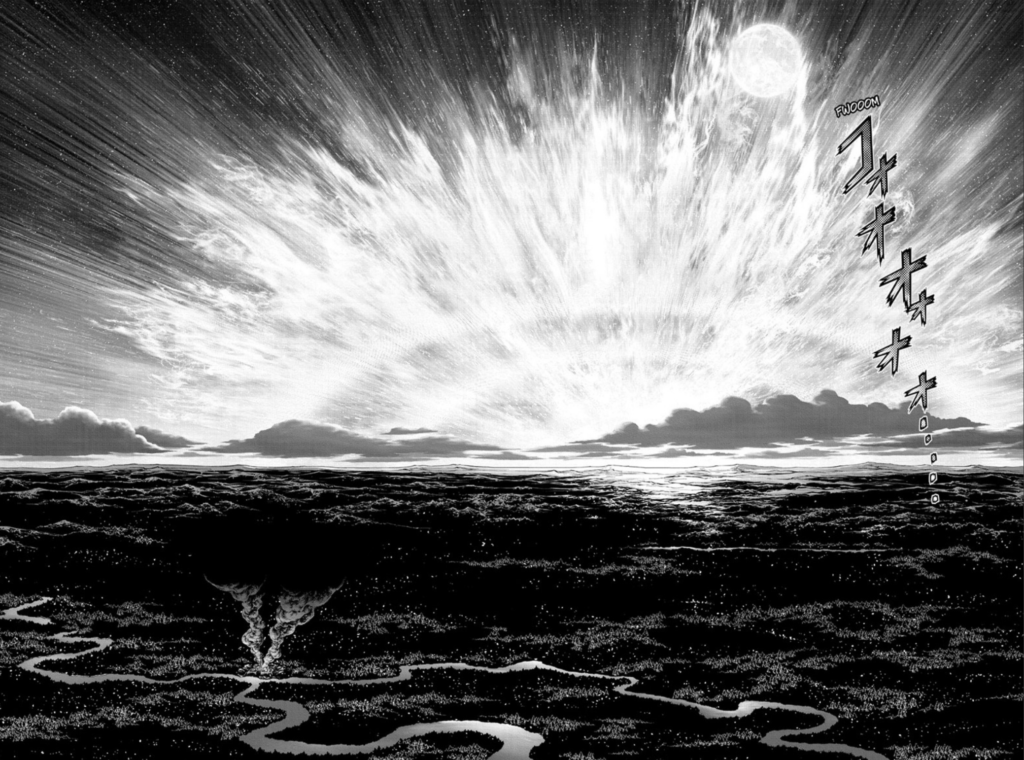 The beginning of a new week can only mean one thing: time for new Weekly Shonen Jump! This is where Jacob investigates the latest and greatest in the magazine, telling you what’s worth your time and what’s not. You can find coverage of other series under the tag Jump Time. Here’s Dr. STONE chapter 192.

Two weeks ago, Dr. STONE sure left us on one hell of a cliffhanger. Not only had most of the Kingdom of Science been killed both down in South America and up in New Corn City, but the Medusa had been activated to cover the entirety of the globe, thus beginning the apocalyptic Petrification Event anew. Just one question was on our minds: how the hell was the junior science brigade going to get out of this one?!

Dr. STONE chapter 192 reveals the answer: by repeating the same trick they pulled back on Treasure Island, throwing a vial of revival fluid strategically in time with the approaching petrification wave so that they can unpetrify at least some of their ranks. The scale of the gambit this time, however, is much bigger, necessitating a careful assessment of many more moving pieces and unpredictable secondary factors. As a result, they very nearly fail to pull it off.

Suika really is the star of the show here in Dr. STONE chapter 192, although she’s always been a surprisingly capable member of Senku’s crew. There’s an incredibly tense moment towards the middle of the chapter where Xeno manages to predict Senku’s actions ahead of time and secure the satchel with the revival fluid in it: Suika and Ukyo appear to be mowed down as a result. After a tense couple of moments, however, it is revealed that the iconic watermelon is empty, and that she managed to escape: her heroic actions eventually mean that not all hope is lost.

Still, it’s hard not to read Dr. STONE chapter 192 and get consumed by a sense of sheer apocalyptic awe: we already got a taste of how well series artist Boichi can depict events and objects of scale in the short-live spinoff Dr. STONE Reboot: Byakuya, but this chapter takes it to the next level. It’s also the third time that a large-scale petrification has occurred in the series (first at the beginning, second on Treasure Island) so it deserves to be compared to the likes of Evangelion’s Third Impact in terms of both nomenclature and importance.

It’s not like everything is resolved in Dr. STONE chapter 192 (we still don’t know exactly when Senku and co. will get revived!), but it’s clear that this is probably the end of the South America arc. To be honest, it’s probably the series’ best so far: not only did it introduce some of the best new characters, it also reintroduced philosophy into the mix. It’ll be interesting to see how Riichiro Inagaki tries to top this!

You can read Dr. STONE chapter 192 for free via VIZ Media.