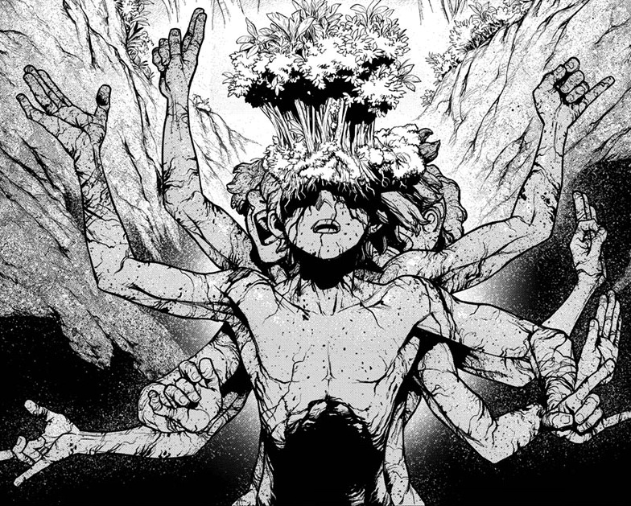 The beginning of a new week can only mean one thing: time for new Weekly Shonen Jump! This is where Jacob investigates the latest and greatest in the magazine, telling you what’s worth your time and what’s not. You can find coverage of other series under the tag Jump Time. Here’s Dr. STONE chapter 204.

What do you need to build a spaceship? A powerful engine, yes. Fluorite for the spacesuits and shuttle too, but what about precise calculations? You can’t very well land on the Moon with rough estimates, so Dr. STONE chapter 204 is off to India in search of the universal language: mathematics.

Events have proceeded apace since Senku and Xeno finally teamed up to work on the spaceship project. Whyman sent another message from the Moon asking ‘Do you wanna die?’, suggesting that the Kingdom of Science was running on borrowed time. Fluorite was quickly obtained after a trip to Barcelona, while reworking the space rocket technology for a missile was what allowed Senku and his team on the New Perseus to blow through the blocked Suez Canal and cut out about a year of traveling. I did say that things were moving quickly!

Initially, the impetus behind heading to India in Dr. STONE chapter 204 is making use of their strong math education. Nanami Corp. also once founded a university there, so Ryusui knows that any professors or academics that they revive will be second to none. Very quickly, however, the mysterious figure of ‘Sai’ is also introduced. 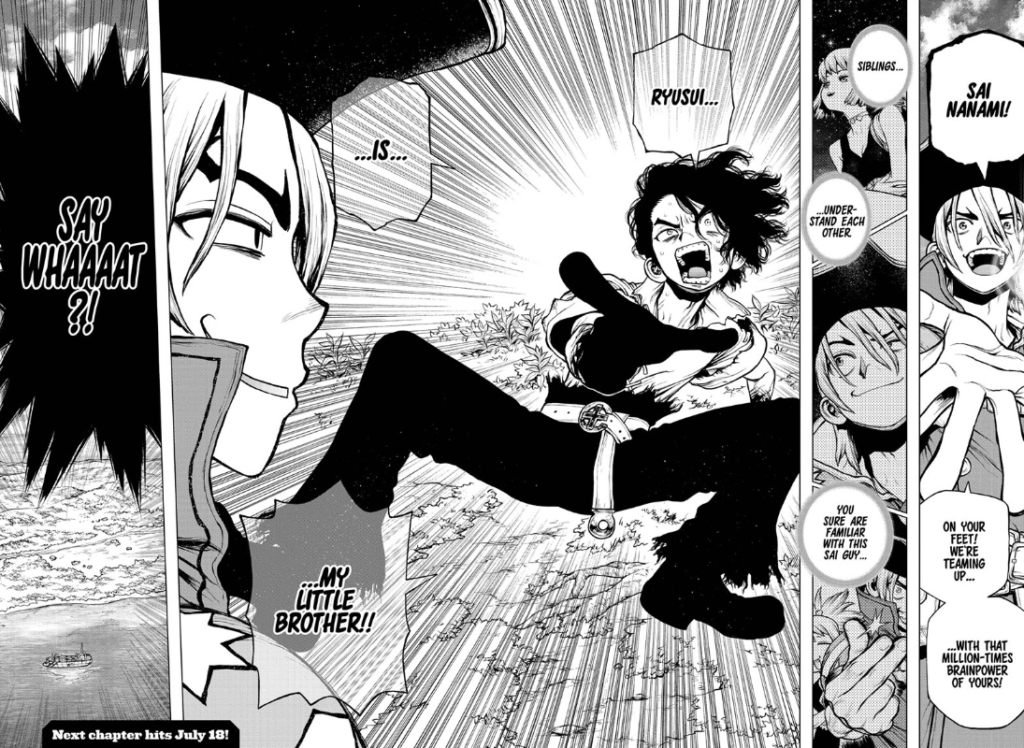 Said to be a ‘genius mathematician’ who possesses intelligence ‘a million times the average person’s,’ Sai eventually turns out to be Ryusui’s older brother. To be fair, this is hinted at multiple times in Dr. STONE chapter 204, including a touching moment where Kohaku spares a thought for her sister Ruri. ‘We may be separated by land and sea, but siblings understand each other,’ she remarks, but there’s clearly something causing a rift between Sai and Nanami: he immediately runs away after one look at his younger brother!

Just what is causing this divide remains to be seen, but Dr. STONE chapter 204 marks another exciting step towards completing the spaceship project. With Sai’s mathematical prowess in hand, they’ll be much more able to ensure that the moon mission is a success. Even if he might take some convincing to work with his brother…!

You can read Dr. STONE chapter 204 for free via VIZ Media.