Dr. STONE Reboot: Byakuya has come to an end. Launched at the end of October, the spinoff series held so much potential for the future of Riichiro Inagaki and Boichi’s science shonen series. But what we got instead, at the end of a nine-chapter run, was wholly unexpected and quite strange – not without merit, but certainly not what any of us wanted.

Well, I say ‘us,’ but I’m not sure if my expectations for the series were the same as everybody else. My relationship with Dr. STONE as a series is, after all, quite personal and relates quite a bit to my own personal journey as a writer and a journalist.

Even so, I’m sure that it would have been common sense to assume that a series with the name ‘Byakuya’ in the title was going to focus on that character above all else, and this was a fantastic concept – Byakuya is one of the best characters of the series, and the story of his return from the International Space Station (ISS) still stands as one of the most emotional and iconic moments of the series thus far.

In this sense, just as a concept, the idea of a Byakuya-focused spinoff series sounded great. But there was also a narrative boon to the existence of Dr. STONE Reboot: Byakuya: filling in the blanks of the main series’ narrative. 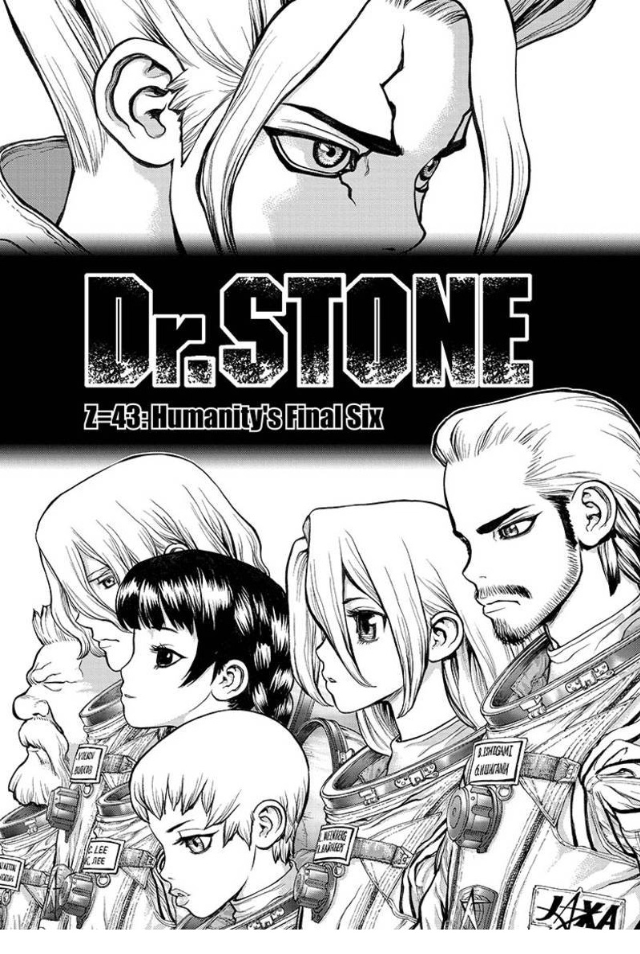 Byakuya and the ISS crew’s story may be one of the best moments of the original manga thus far, but it is limited in scope and content. It makes up a handful of chapters at best, so as to not distract too much from the main narrative. This always seemed like a shame, not only because Byakuya is charismatic enough to act as a protagonist in his own right, but because the perils of the ISS crew seemed worthy of exploration – aren’t you curious to see how they laid down the roots of Ishigami Village, thousands of years before they would flower at the arrival of Senku? How they managed to make their way from Treasure Island to the Japanese mainland? I know I was.

Nevertheless, what we got was not what these expectations would’ve informed. For starters, Dr. STONE Reboot: Byakuya was, from the very beginning, just as limited in scope as the original ISS story in the original manga – just nine chapters, enough to make up one collected volume.

Now, there’s nothing wrong with a manga that’s short but sweet. In fact, achieving a high level of quality in a short format would’ve done wonders for the spinoff series, as it would’ve been very easy for fans to buy the single collected volume and lend it to friends for perusal, thus boosting not only the spinoff’s sales, but the profile of the series as a whole.

Yet, as it stands, the spinoff series isn’t worth recommending to friends, let alone buying the collected volume (especially when you can read it online via VIZ Media’s Shonen Jump). It starts with five chapters that retell the story of the ISS crew as it already exists in the original manga – often even using the same dialogue! – before shifting the focus away entirely from the ISS crew and towards a robot companion that Byakuya created, named Rei. 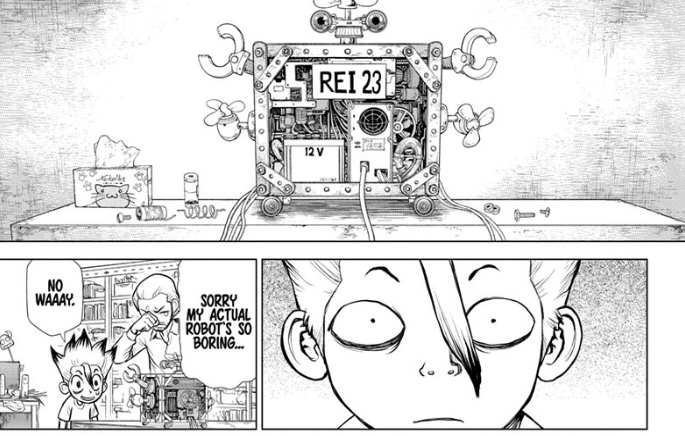 Rei was introduced in the very first chapter of Dr. STONE Reboot: Byakuya (see above), but I doubt that anyone would’ve been able to guess that they’d effectively become the protagonist by the end of the spinoff series. This is because the remaining four chapters leave Byakuya and the ISS crew almost entirely to their own devices on Earth, instead preferring to remain on the space station and follow the wacky space adventures of Rei the robot.

Following the series week-by-week after this point was slightly surreal because I would read the chapter, digest Rei’s latest escapades and think to myself ‘Now, surely, next week we’ll be back on Earth. We’ll be back to Byakuya.’ But such a thought never came true. Right up until the very end, Dr. STONE Reboot: Byakuya remained a story more about Rei than Byakuya, despite only one of those characters’ names being in the title.

That is not to say, however, that Rei’s adventures were completely lacking in appeal or entertainment. In fact, it was during this Rei-focused segment of the story that Boichi, artist for the main series but tackling both story and art for this spinoff series, reached his greatest artistic heights. Since Rei’s adventures are almost entirely set in space, there are more than a few moments in where Boichi sees fit to show off the true vastness of the cosmos, inspiring awe and beauty in a way that words can’t quite describe. Here’s a picture. 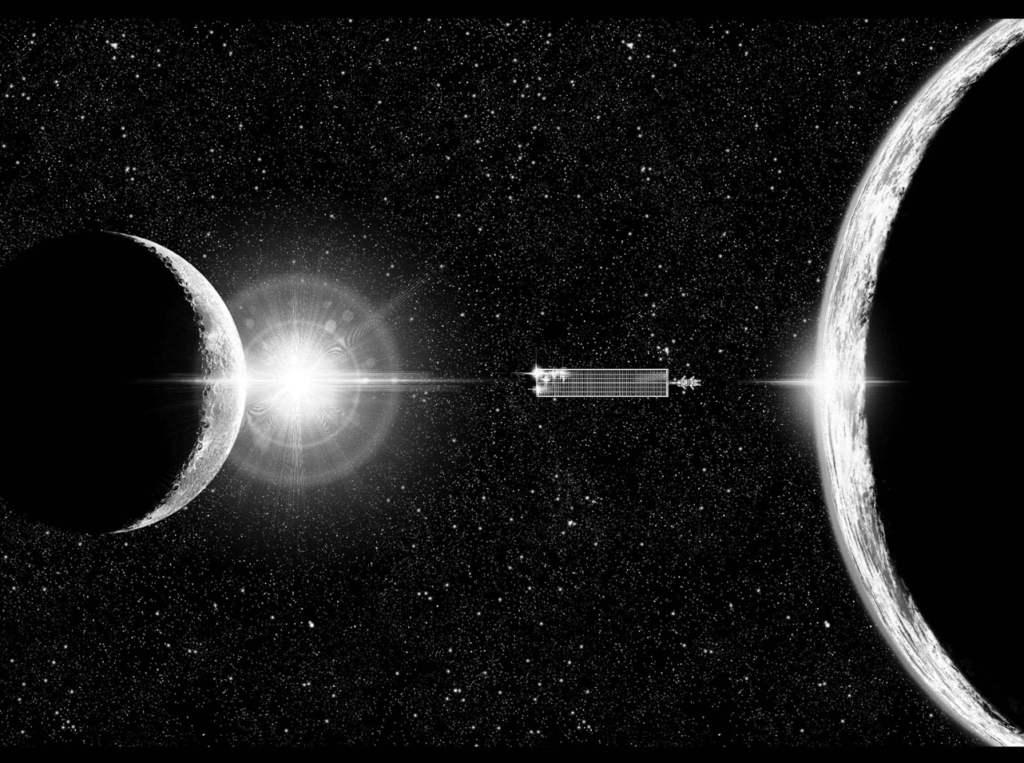 What’s also interesting about this recurring visual theme is how it is used when the story of Rei eventually ties back in with the story of Byakuya. The purpose of Rei’s escapades are, ostensibly, to keep the ISS afloat and in working order until Byakuya can return, as per his parting promise. But as the years, decades, and even centuries go by, it becomes quite clear to both the reader and Rei that he is never coming back. Thus, Byakuya’s robot devises a way to communicate with him despite the vastness of space that separates them – a light that flashes each time the ISS passes over Japan, spelling out with its position ‘Byakuya, I am here.’ 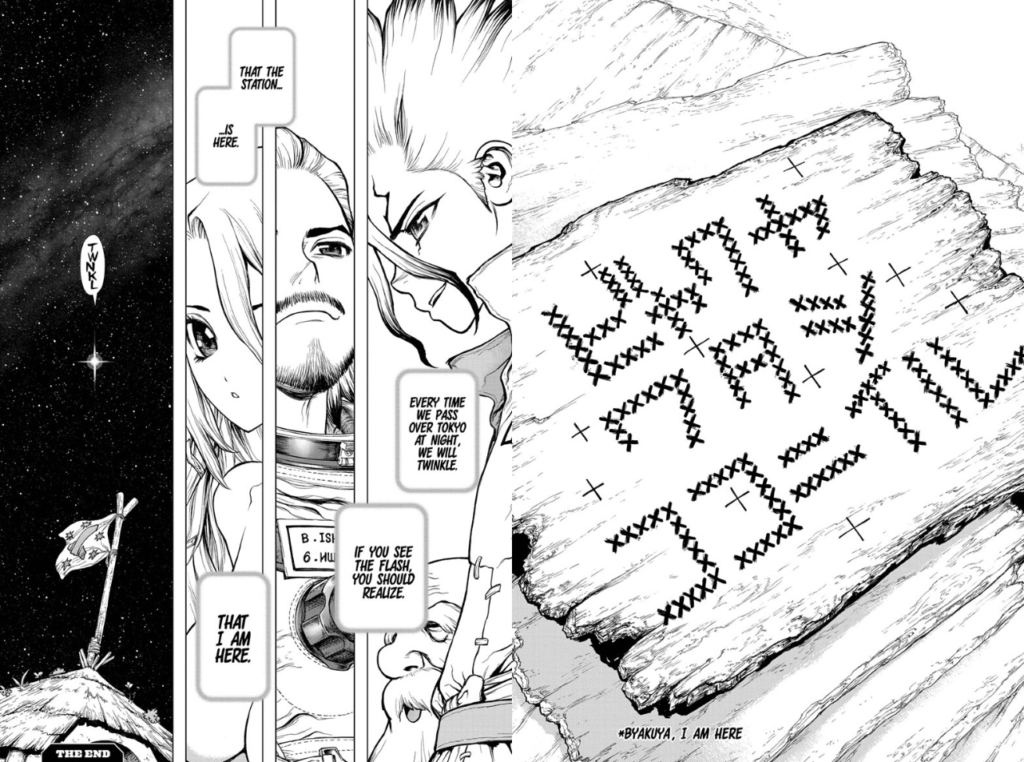 This is a beautiful ending that is further augmented by Byakuya’s realization in the previous chapter, as he lies dying, that the light in the sky is from his robot creation that he left behind all those years ago. It’s truly an excellent moment that shows off how creative Boichi can be with his visuals.

Nevertheless, it is precisely the fact that the story cuts back to Byakuya more or less at the moment of his death that really rubs me the wrong way. I went into Dr. STONE Reboot: Byakuya expecting a story about Byakuya. I don’t think this was an unreasonable expectation, given that his name is in the title. But what we got instead was a story that spends most of its time recapping what we already know, focusing on a character for which we have no previous attachment, and only moving back to the story that we truly care about just at the moment that it is ending. I have to ask: what was the point? 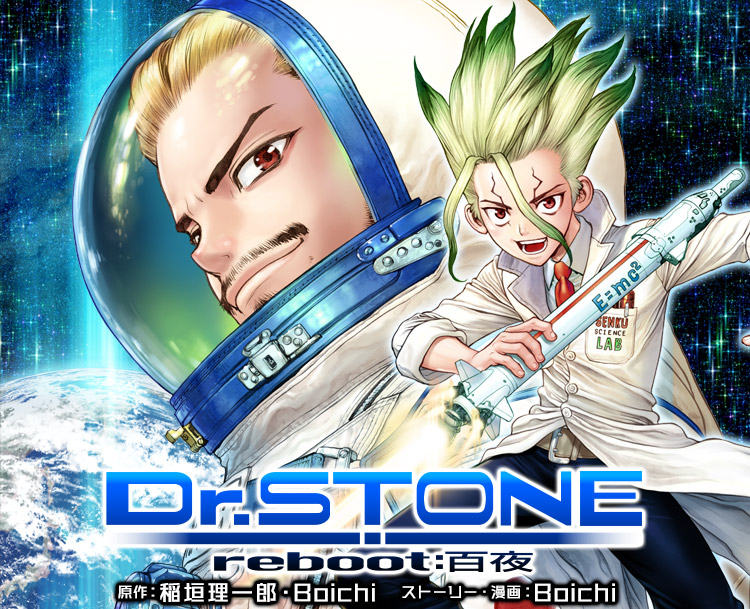 Dr. STONE Reboot: Byakuya truly is a strange spinoff. So much of its potential was blatantly squandered, despite setting off in the right direction. Was this due to Boichi’s own faults as a writer? I don’t think so. Both Sun Ken Rock and Origin demonstrate that he is more than capable in this arena. But something clearly happened along the way that set the story off in a strange direction, one which will no doubt frustrate readers given their prior expectations.

As a result, the series doesn’t have me all that excited about the prospect of future Dr. STONE spinoffs. I began the series’ run hopeful that it would show off the potential that lies within the shonen series’ continuing narrative and large cast of charismatic characters, perhaps leading to some more side stories. But, now, I’m hoping that this strange spinoff remains nothing more than a curious episode in the history of the fantastic main series.