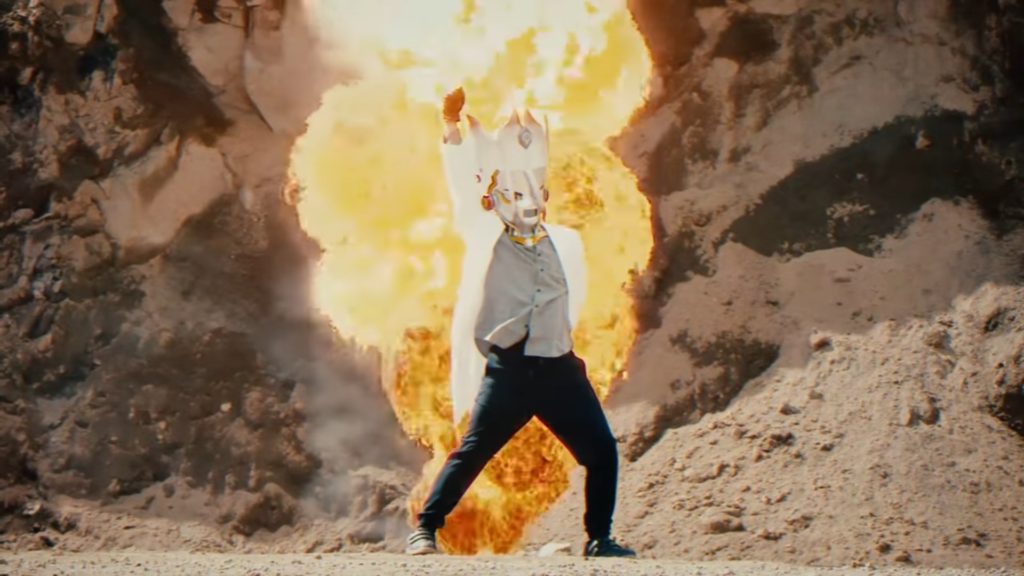 We’re only a couple of months away from the premiere of the anime adaptation of Dr. STONE by studio TMS Entertainment, and to say that I’m excited would be an understatement. I’ve been singing the manga’s praises for the best part of a year now, and the anime adaptation should hopefully bring the series the widespread attention it so rightfully deserves. But to tide me over, I’ve been watching Mecha Senku in action in the ‘Dr. STONE Science Club’ web series.

To promote the upcoming anime adaptation, the production committee decided to make Mecha Senku into the anime’s official mascot character back in March. This character had already appeared in various ‘omakes’ contained within the manga’s collected volumes but was given new life during the AnimeJapan 2019 stage show where the new ‘Dr. STONE Science Club’ web series featuring the character was announced. It was also during this stage show that the studio promised that this would be released on a ‘daily’ basis.

It’s been over a month since then, so the question begs itself – have TMS Entertainment stayed true to their word? Have they really been releasing new episodes of the web series every single day? As it turns out, only sort of.

As of the time of writing, 18 episodes of the web series, titled ‘Dr. STONE Science Club – Let’s Go Mecha Senku!,’ have been released. That’s clearly not the same number of days that have passed since the series’ announcement at the end of March, but the series has kept up a consistent schedule, if not a daily one. Once an ‘arc’ begins in the series, episodes are uploaded daily, but a week or so is seemingly needed between arcs to shoot and edit the episodes.

Nevertheless, there’s a lot to uncover in those 18 episodes. The main thrust of the series is Mecha Senku trying different experiments alongside his mentor ‘Doctor Kurare,’ but the series starts with a couple of episodes explaining the foundation of the Science Club, featuring the voice actor for series protagonist Senku himself, Kobayashi Yousuke.

Kobayashi’s prominent feature in the opening episodes of the series makes it feel more like an opportunity for Kobayashi to promote himself as a seiyuu than what we were initially promised, but I can’t exactly complain. The voice actor is fairly charismatic, entertaining, and – more importantly – seemingly very passionate about Dr. STONE. He’s certainly convinced me that he’s the right man for the role of Senku, despite my initial reservations.

Yet once the series has finished with the Kobayashi Variety Hour, we quickly settle into an entertaining rhythm as Mecha Senku receives a challenge from Kobayashi (who is the head of the Dr. STONE Science Club), asks Doctor Kurare for advice, and then carries out an experiment.

These ‘experiments’ are ones that you’ve probably done at home or at school, such as the ‘elephant’s toothpaste’ experiment, messing around with a plasma ball, or popping balloons with lasers. The series is even kind enough to provide basic instructions at the end of each experiment in case you, or perhaps younger viewers, want to try and recreate the experiment in the comfort of your own home.

The reproductive simplicity of the experiments on show, along with the obvious tokusatsu leanings, do suggest that this series is aimed more at younger viewers. But there’s still a lot to be enjoyed here by older fans of Dr. STONE, especially if you can’t wait for the anime to air this July.