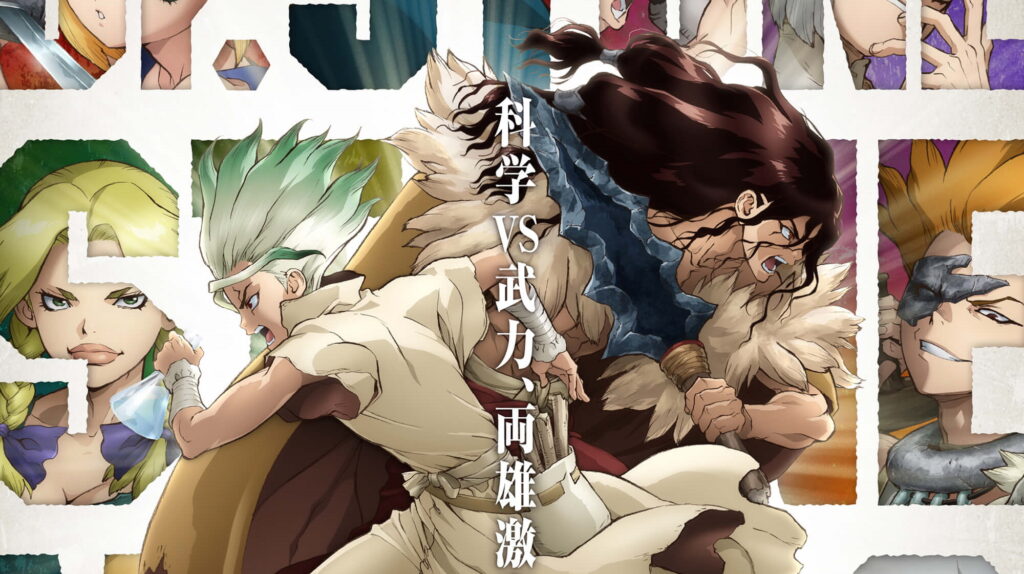 Finally, some news on Dr. STONE season 2! After the cliffhanger that rounded out the end of last season, it’s been radio silence on TMS Entertainment’s anime adaptation of Riichiro Inagaki and Boichi’s popular shonen manga. Yet, this morning finally saw some movement on the project, subtitled ‘STONE WARS,’ with the release of a new key visual and teaser trailer.

There isn’t much in the way of new content, however, contained in either the new trailer or the new key visual for Dr. STONE season 2. For the most part, they are showing off some of the new character designs for the new members of antagonist Tsukasa Shishio’s Empire of Might, which is gearing up for war against protagonist Senku Ishigami’s Kingdom of Science. That being said, we do get some glimpses of animation at the end of the new teaser, as the Kingdom set up the all-important communication device.

Arguably more exciting, then, is the announcement that Dr. STONE season 2 will be premiering at the beginning of next year. Coming January 2021, we can be sure that Crunchyroll will be picking it up for simulcast given that they released season 1 and help produce it alongside animation studio TMS Entertainment.

The golden question is, however, if COVID-19 has affected production at all. Premiering in January of next year will place Dr. STONE season 2 a full year and a half away from the first season, which isn’t the usual pattern for Weekly Shonen Jump adaptations. Indeed, it had long been rumored that the anime continuation would, in fact, be airing this summer, so we can assume that Coronavirus all but shutting down anime production had an effect. But, then again, no official sources have confirmed as such.

Dr. STONE season 2, subtitled ‘STONE WARS,’ will premiere in January 2021. You better get excited, as the source material is pretty good!