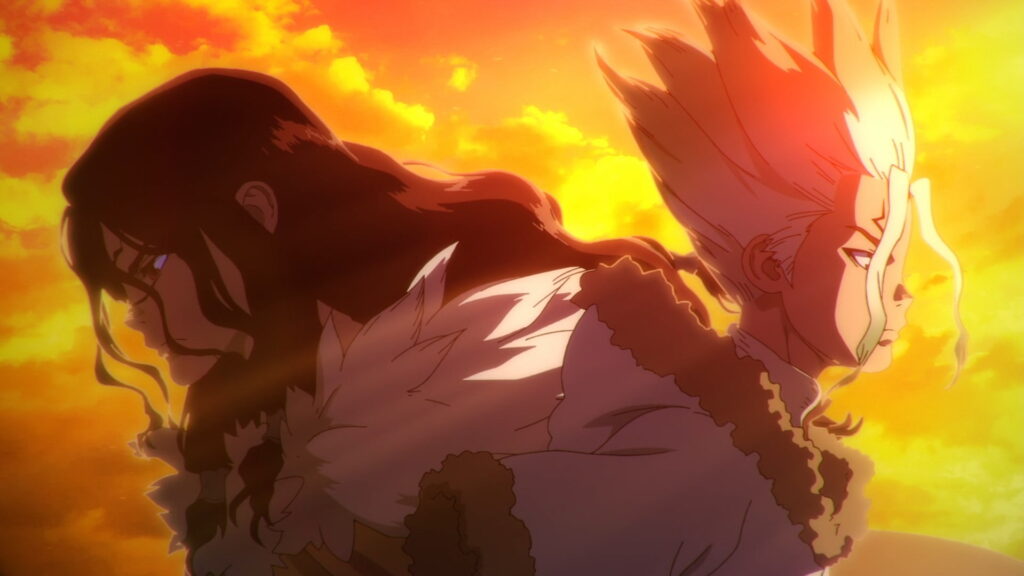 Ever since the first seeds of conflict were sown in the opening episodes of Dr. STONE season one, fans have been waiting to see how the confrontation between Senku and Tsukasa panned out. It’s worth noting that, for anime-only viewers, this only took about a year and a half; us manga readers, however, have been waiting for years for some of these moments to come to life. With this in mind, I’m happy to report that Dr. STONE season 2 doesn’t disappoint.

One of the big problems with season one was that, while it started strong, it quickly fell in both production quality and pacing. Particularly towards the back end of the series, it became clear that the production team over at TMS Entertainment were struggling with both the production schedule and the 24-episode count: there were lots of off-model animation and episodes that felt a little empty thanks to adapting too little. As a result, the whole thing felt like it had jumped the gun far too early.

Dr. STONE season 2 manages to recapture that initial charm of the anime’s opening moments with one key decision: only running for eleven episodes. This initially came as a bit of surprise given just how many anime run for twelve or thirteen episodes these days, but quickly proved to be most beneficial when it came to adapting this particular part of the story.

First, by slimming down the episode count, the team over at TMS Entertainment were able to keep things looking and feeling consistent, with no clear dropoff part way through. The animation is always on model, the environments always look stunning, and the character designs look relatively good (nowhere near the detail of Boichi’s originals, mind). There’s no instance of the team ‘forgetting’ to use the excellent soundtrack, either, with key tracks punctuating key moments.

But how about the adaptation? If season one was marred by adapting too little in too much time (particularly towards the end), then you may think that Dr. STONE season 2 might take a more ramshod approach to adapting the manga. That’s not the case: almost every episode only covers 2 chapters, with the exceptions of episodes 2, 10, and 11.

Based on this, you might be led to believe that this season is repeating the mistakes of the past, but it helps that the chapters in question are noticeably more action-packed, meaning that the team benefitted from the structure of the original manga. As a result, it’s hard to give them a massive amount of credit when it comes to how this season feels and moves much more quickly, but the fact remains that it does. 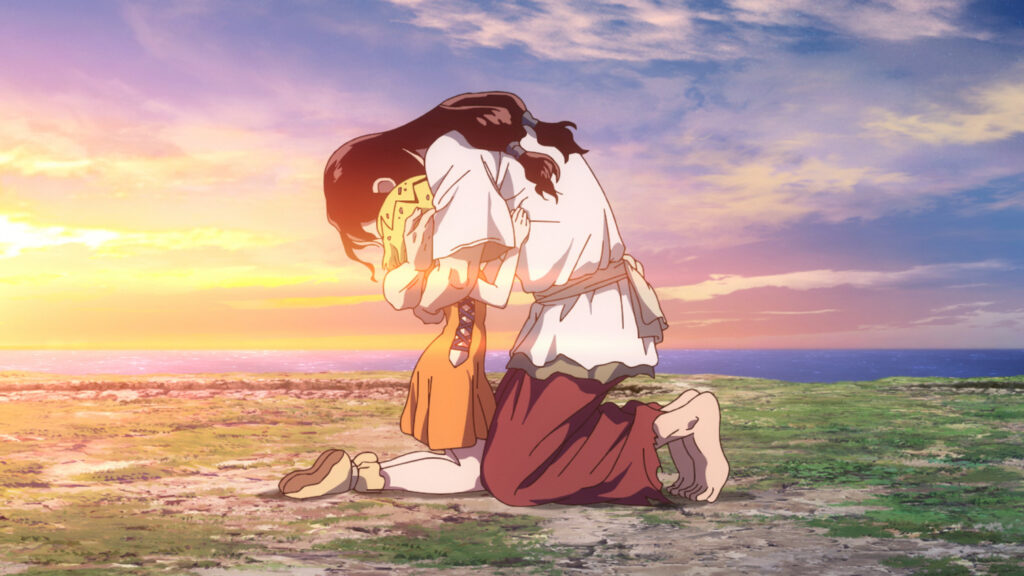 Enough about the production: how does the actual story of Dr. STONE season 2 stack up, especially when it comes to settling the all-important rivalry between Senku and Tsukasa? As a reader of the manga, I obviously knew what was coming, but that didn’t stop me from enjoying the thrills once again in a different form.

The initial cell phone plotline is brilliant because it very clearly addresses the glaring issue in the war between the Kingdom of Science and the Empire of Might: the problem of numbers. Tsukasa’s been able to revive far more people (and strong ones, at that) thanks to his access to the revival fluid, but Senku’s been stuck with the people of Ishigami Village all this time. He has to leave behind half of them, too, because they’re too old for battle.

Another standout part of Dr. STONE season 2 was Chrome’s prison break, once again testing the capacity of this former ‘magician’ without the help of modern-day Senku. The way that he makes use of his tendency to ‘gather materials’ is fascinating to see, because a modern human wouldn’t think like that: we’d be scrambling around for something ready-made, instead of what lies around us.

Finally, the way that the conflict is settled between Senku and Tsukasa at the end of the season might ruffle some feathers, as it involves the introduction of a very important character quite late: Tsukasa’s sister, Mirai. This might come across as a little hamfisted to some, but the most important thing in my opinion is that we never truly believed that Tsukasa could be a bad guy: the couple of days that he and Senku spent together go against that, but ideological differences drove them apart. Tsukasa realizes the error of his ways by the end, poetically placing his faith in the very technology that he once sought to destroy.

The announcement at the end of the last episode that a season three is coming is more than welcome in my books, because there’s so much quality stuff left to adapt. I won’t spoil anything here, but let me just say this: the Stone Wars may be over, but the Age of Exploration has just begun.

You can watch Dr. STONE season 2 on Crunchyroll.