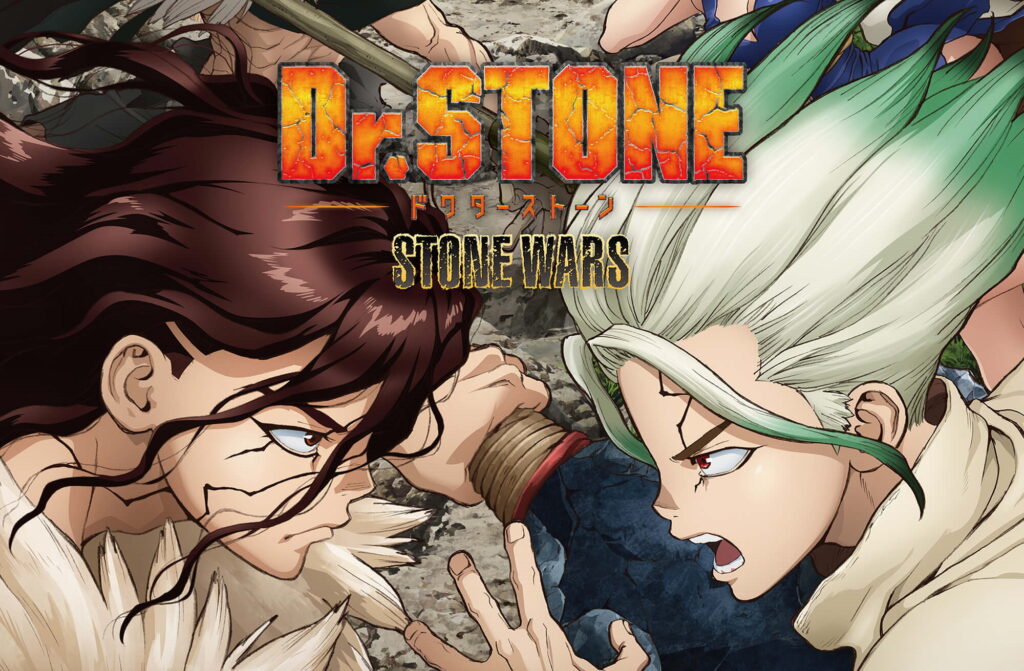 Last time we heard from Dr. STONE season two, a January 2021 release date was announced by way of a PV with not much new footage in it. This new one is different. Titled ‘main PV’ (本PV), it features a bunch of scenes that manga readers will recognize, as well as new characters. Considering this, the updated premiere of 14 January doesn’t seem too unrealistic, even if there are a couple of specifics that still need to be nailed down.

First, let’s dive into this ‘main PV’ for Dr. STONE season two. It’s mostly just a mood-setter for the final battle between Senku and Tsukasa, backed up wonderfully by the new OP theme ‘Rakuen’ by Fuji Fabric. But there are also some key motifs featured here: the winter setting, as well as the phone call after the title drop. To say that I’m excited would be an understatement.

Some new characters also get their first appearance in this main PV: Nikki (played by Atsumi Tanezaki), Ukyo (Kenshou Ono), and You (Yoshiki Nakajima), all of whom will play an important role in Dr. STONE season two and beyond. Their voices sound great and don’t have me scratching my head like Yusuke Kobayashi’s initial casting as Senku, but that’s ancient history at this point. There’s also a new key visual, which you can find below. 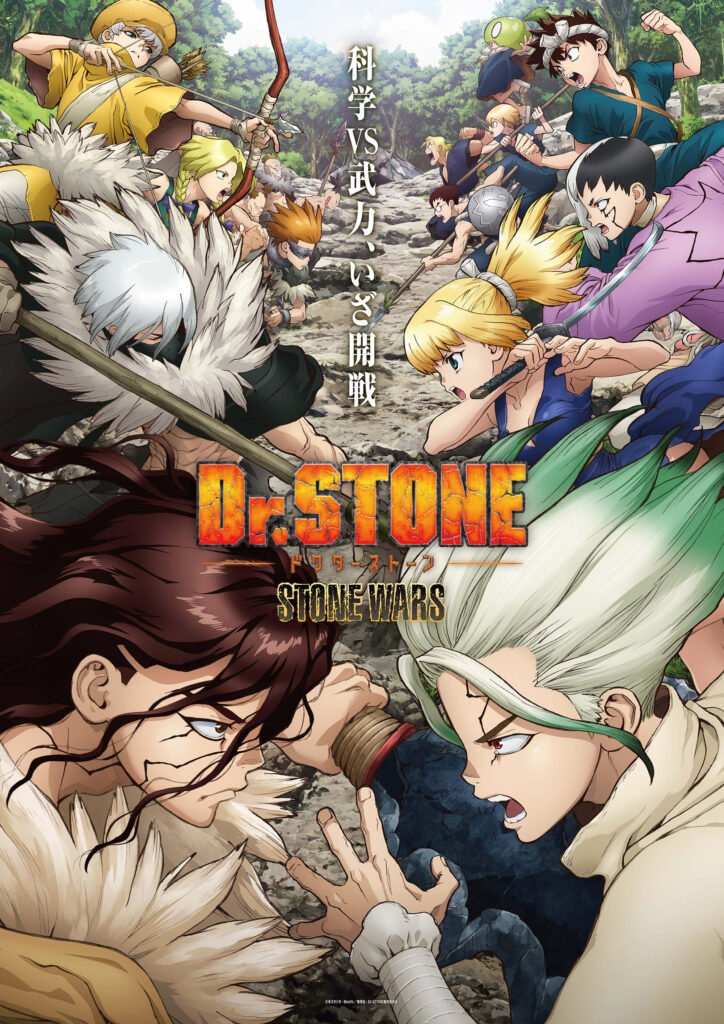 Once again, this key visual takes the theme of ‘all-out war’ and runs with it, pitting our characters against each other on either side. There isn’t much more to say, so we’ll move on to the burning question: will Dr. STONE season two be twelve episodes or twenty-four?

It would make sense to go for the two-cour approach for maximum parity with season one, but there was a significant drop in quality in the second cour of the first season, so I’m hoping that it’s the former.

Furthermore, the series’ subtitle ‘Stone Wars’ would seem to suggest that Dr. STONE season two won’t go beyond that arc. Otherwise, they’d have to change it halfway through to ‘Age of Exploration’!