Dr. Stone Teams Up With Snickers For Awesome Web Commercial 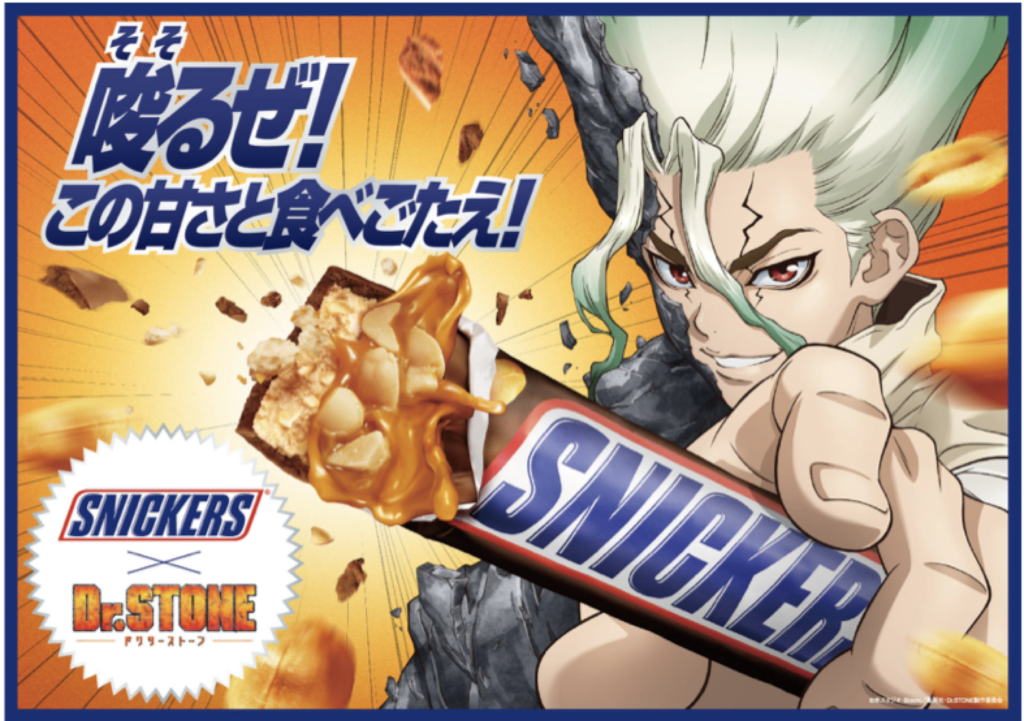 It’s not every day that you see a primarily American candy bar like Snickers make news headlines in Japan. In fact, I think this might be the first time that I’ve ever heard about it. Unless either you’ve been living under a rock or something for the last couple of years or you just don’t pay much attention to anime, you’d know that Dr. Stone has taken the scene by storm and is currently one of the best anime series airing. Kind of like a play on the Snickers “You’re not yourself, have a Snickers” commercials that air on TV in America, Mars Japan has collaborated with Shueisha’s hit series Dr. Stone for a one of a kind web commercial.

The commercial starts with Senku walking through the forest when he comes across a petrified stone version of Japanese comedian Kouki Kusanagi from the comedy duo Miyashita Kusanagi and shoves a Snickers candy bar in his mouth causing him to break free from his stone prison and proceeding to uncontrollably eat his Snickers bar.

Now you might be asking yourself, what the hell does Snickers and Dr. Stone have to do with each other, and I initially thought the same thing, but it’s actually pretty smart if you think about it and it plays back into their main US marketing scheme that when things have you down and out, a Snickers bar can make that turnaround and make you feel better, which is coincidentally one of the main side-effects of chocolate. I also think that this might be the start of some subliminal marketing for the upcoming new season of Dr. Stone: Stone Wars which is starting airing in January of 2021. 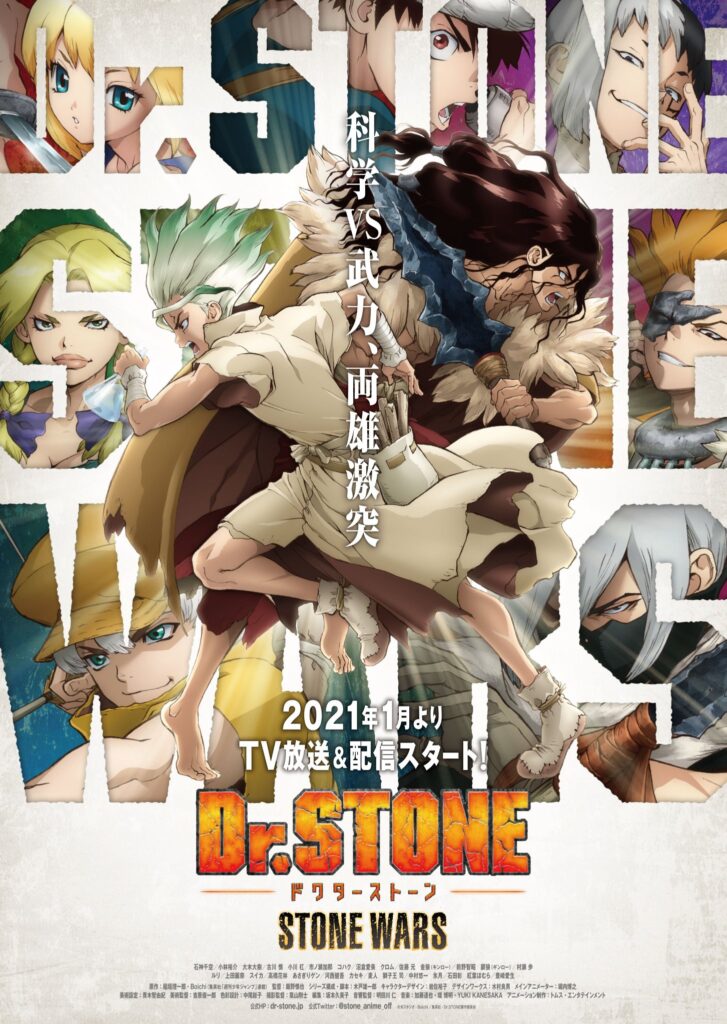 Also, if you happen to live in Japan, there is a contest running on Twitter with the campaign in order to be one of 100 people to win some limited edition Dr. Stone goods or be one of 40,000 winners of another Snickers bar for free.