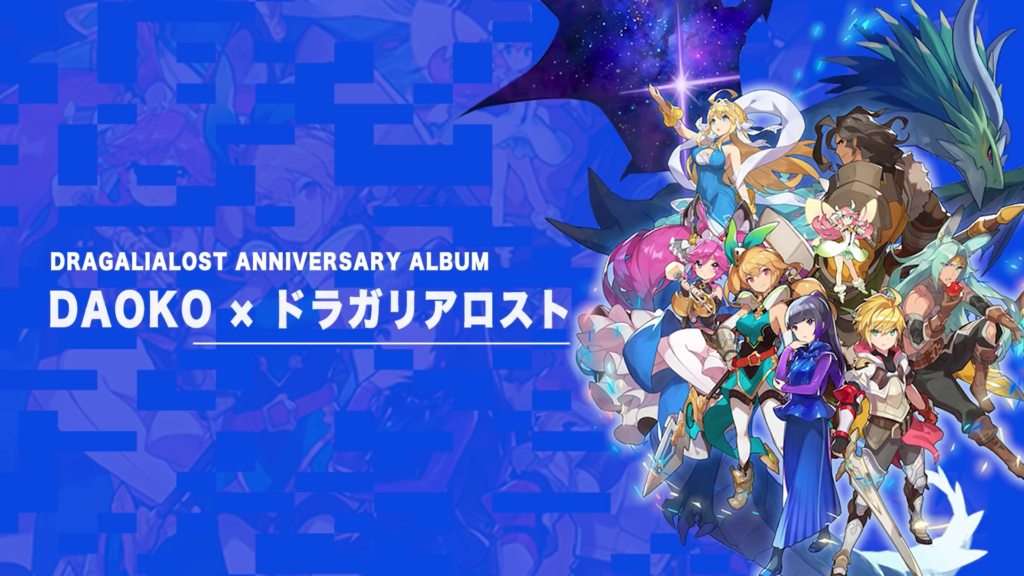 DAOKO’s music for the Nintendo x Cygames collaborative original IP mobile game Dragalia Lost is easily the highlight of the experience for me. While I enjoy the game on the rare occasion I do dip my toe into it, I am often away from the title for months at a time and never getting very far. One of the reasons I enjoy it is the inclusion of music from DAOKO, who created not just the game’s theme song but multiple songs that are played during battles and to promote the title as a whole. It’s a highlight of the experience, as every song is catchy and fits the tone of the game in equal measure. With this in mind, it should be no surprise that I was rather pleased to hear that DAOKO’s music for Dragalia Lost would be compiled into a single album and made available to purchase and that a trailer previewing the album would be released onto her official YouTube channel.

Although news of the album’s existence has been known for a while, this album previews all the music which will be included in the release, scheduled for next week, while previewing the music for those who haven’t played the game or haven’t heard the songs for themselves yet. This includes Anniversary, the song used for TV commercials in Japan to promote the title’s 1st anniversary (who would have guessed?), the game’s incredibly catchy theme music Owaranai Sekai de, Bokura no Network, and that’s just a personal highlight of my favorite songs to be included in this release! All in all, across the 2CD release are 23 songs, including DAOKO’s special rendition of the Fire Emblem theme song created for the game’s collaboration with another Nintendo mobile title, Fire Emblem Heroes.

The release will be available in both a 1CD release or a 2CD release which also includes a sleeve for the CD case and a special 60-page booklet, the latter being, in my opinion, the more desirable release and available for 4,000 yen before tax.

As a celebration of Dragalia Lost’s anniversary and as a compilation allowing fans of DAOKO’s music to buy all the songs created for the game in one release, this release looks like it won’t disappoint. The CD is set for release on October 9 and will also be made available on streaming services such as Apple Music and Spotify on the same day.