Are you ready for 12 hours of Dragon Ball gaming action? Starting at 10 a.m. Pacific Time on Saturday 6 March, Bandai Namco and Toei will present the Dragon Ball Games Battle Hour. The daylong event (or overnight Saturday/ Sunday if you’re in Central Europe) will be a combination of online tournament and virtual convention, with five different channels of content.

The first channel, the Great Ape Arena, will feature the Battle Hour Special Exhibition Tournament, along with Another Showdown, Ask! Stuff!, and the Knowledge Showdown. The Shenron Arena will feature the Team & Draft Tournament. It will also have the Gogeta Showcase, which will probably feature Super Saiyan 4 Gogeta’s addition to Dragon Ball FighterZ.

JAM Project leader and ‘Cha-La Head-Cha-La’ singer Hironobu Kageyama will perform during the Half Time Show. 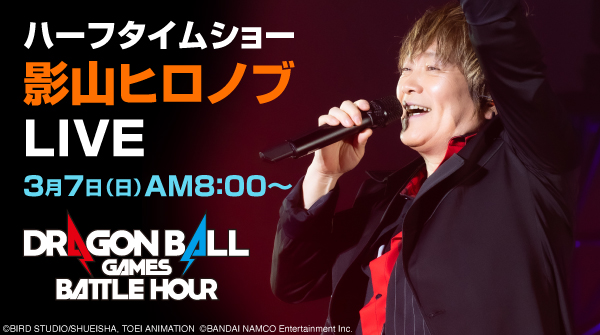 I’m not entirely sure why they are calling a full-day event the Battle Hour, unless the whole thing is running on Dragon Ball Z tournament episode time.

All jokes aside, they have packed a lot into this event. Like a lot of virtual conventions, this event will feature an online arena, where your Dragon Ball-themed avatars will be able to watch events. There will also be official Battle Hour T-shirts and other merch, which can be pre-ordered. 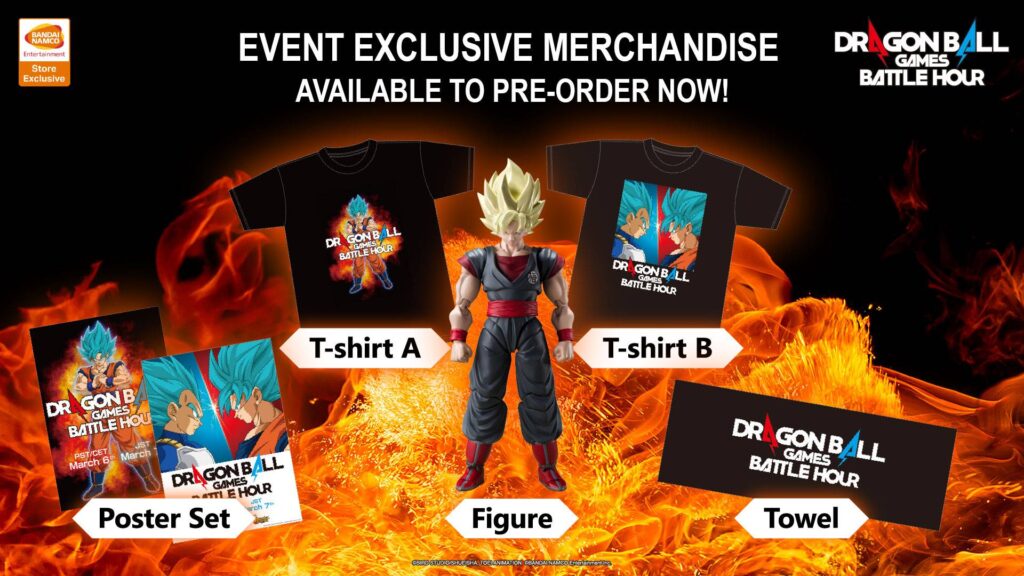