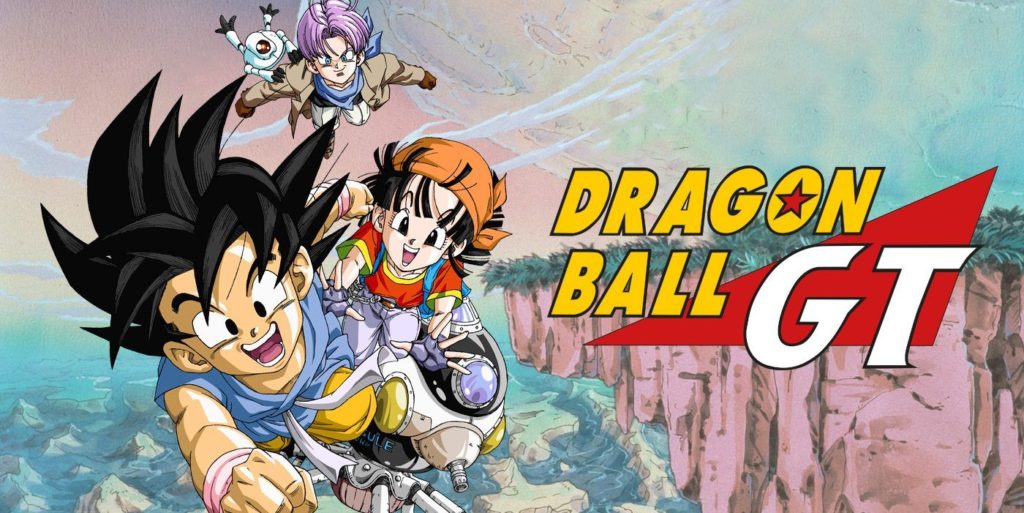 Dragon Ball GT has a pretty bad reputation. It’s the sequel to Dragon Ball Z everyone thought they wanted but when it came out, nobody did.

It heavily played up sci-fi elements, as in having Goku travel all throughout space, not found in the original. Fans also took issue with the show’s character portrayals, feeling that they sometimes missed the mark.

While GT doesn’t have the charm of a Z or Super, in retrospect it did a few cool things. It has a neat visual style and part of why the characters miss the mark is because the GT creators tried to give them a little more depth.

We see sides of Goku and Trunks that we aren’t used to and there’s something to be said for that.

The short answer? No. Dragon Ball GT featured very little involvement from Dragon Ball creator Akira Toriyama though he did actually name it.

At the time it came out, he considered GT a side story opposed to being a proper sequel. Years later he was much more heavily involved with a newer Dragon Ball Z sequel, the pretty good Dragon Ball Super.

While Super did opt to bring Pan into the mix, many of the events in Super soft-contradict GT. It’s best to consider Dragon Ball GT an off-shot alternate sequel of Z that’s no longer considered the main timeline.

You Have To Admit, Baby Vegeta Was Pretty Cool.

Vegeta doesn’t have very much luck when it comes to not having his physical being and mind taken over by otherworldly opponents.

In Dragon Ball Z we witness his transformation into Majin Vegeta which just looked like him with a cool ‘M’ on his forehead. History repeated itself in Dragon Ball GT when the alien Baby, yes that’s his name, took over Vegeta.

This time however he morphed into some weird silver haired eyebrowless futuristic tough guy. With his red facial markings, pupilless blue eyes and giant golden shoulder pads, Baby Vegeta was a product of the time that we appreciate in retrospect.

The Ultimate Saiyan Transformation… Until Super Came Along

With any new Dragon Ball installment, one thing fans look forward to being all the cool transformations of the different characters.

Newer entries like Battle of Gods and Dragon Ball Super have since upped the limits even further, but until then Dragon Ball GT set the precedent for the strongest and most out-there Saiyan Transformations.

Super Saiyan 4 wasn’t just the next level of Super Saiyan; the new form brought back elements of the Saiyan’s Primat heritage, and Goku and Vegeta, when transformed to 4, would be half-covered in fur and regrow their tails. To this day, you could argue it’s the most visually striking Saiyan transformation.

Dragon Ball GT: Final Bout was a GT era fighting game for the Playstation 1. It came out in Japan in August of 1997, towards the end of GT’s initial TV run. Here’s where things become a little interesting, it actually came out in America first, hitting the U.S. Game stores July 31st that year.

Now released within a month of one another, it getting released in English first for one reason or another wouldn’t be so striking on its own. However, Dragon Ball GT the show didn’t reach American shores until 2003, meaning Final Bout came out in the States a full six years before the show it was based on did.

Where Can You Watch Dragon Ball GT Episodes?

Not a lot of people would recommend you watch Dragon Ball GT but we don’t think its too bad. Plus if you want to be a true Dragon Ball completionist, despite the fact that the show’s not considered canon to Akira Toriyama’s original story like the well-liked Dragon Ball Super, you do have to watch GT.

So how can you watch the show? No one’s likely to rerun the franchise’s black sheep again. You have a few options all courtesy of Funimation Entertainment; You could always buy the DVD Boxset which you can usually find for between $20 and $30 dollars depending on if its sale season, not a bad deal for 60+ episodes.

If you’d rather just stream it, Hulu has the entire series as does Funimation’s own streaming service.