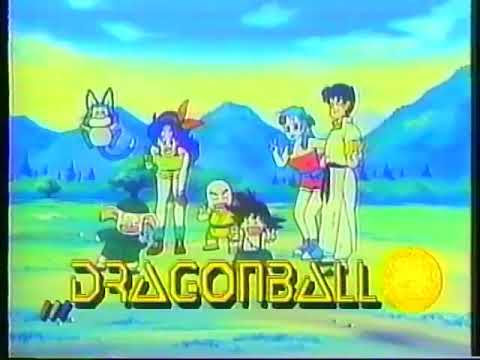 The state of anime in the late 80s was a lot different than it is now. Series would take years to reach US shores, and would often only be available for viewing if you paid the extremely high cost to buy the VHS tapes that were released. The fandom was still rather small nationwide, but it was growing thanks to the handful of shows that had been localized at the time such as Gatchaman, Macross, and Space Battleship Yamato. The unfortunate thing about these localizations though was that they often drastically changed the source material for the US release in an attempt to make the shows more palatable for an American audience. The Macross localization is particularly infamous as the US company handling it, Harmony Gold, had effectively created a whole new show by combining it with Super Dimension Calvary Southern Cross and Genesis Climber MOSPEADA to create what we now know as Robotech. It was an unrecognizable property. It also wasn’t the only property that Harmony Gold had obtained the rights to, which leads us to our story.

In 1989 Harmony Gold had acquired the rights to Akira Toriyama’s Dr. Slump and Dragon Ball anime adaptations. While we don’t know if the Dr. Slump dub pilot ever had a proper test airing anywhere, it’s been long known that Harmony Gold edited and dubbed Dragon Ball movies 1 & 3 to air on TV as a test in select markets around the US, this video has been available online for quite some time. Where things become interesting is the television adaptation of the iconic manga as it was widely rumored for years that Harmony Gold had also localized episodes 1-5 of the show and aired that in test markets as well. This is backed up by a clipping that was recovered showing a 30-minute block for “Dragon Ball” on a local television station in Detroit in 1989. As convincing as that may be on its own to prove its existence, only a few short clips from this dub had ever been recovered… until now.

A few days ago someone by the name of Joseph Pasteris uploaded a video to the Internet Archive of the entire first episode of the Harmony Gold Dub. It’s very clearly a VHS Rip recorded from TV as late in the episode there is a clip between bumpers when you can barely make out the end of a commercial. This is more than enough proof that not only had some level of this dub had been completed, but also aired somewhere in the US. According to Bounding Into Comics the uploader had received the video from an anonymous member of the popular Kanzenshuu Dragon Ball Forums. In addition to this slight backstory, the uploader also reveals that he may have sources with recordings of additional episodes which he is in the process of recovering.

Now you might be thinking that this discovery really doesn’t mean much 30 years later as in that time Funimation has provided fans with excellent English dubs & subs of the entire uncut Dragon Ball epic, but the story doesn’t actually stop with these dubs alone. Before explaining what I mean it’s important to know that in these localizations from Harmony Gold, in addition to nudity & more graphic violence being removed, they had changed the names of many characters in the show. Goku was now Zero, Bulma was now Lena, Yamcha was now Zedaki, Puar was now Squeaker, Oolong was now Maomao, and Emperor Pilaf was now Emperor Oculi. The story itself was also very clearly re-written to remove some of the more adolescent humor, which results in a much dryer show than what the original was. That isn’t to say it was all bad, the voices match the characters fairly well and this definitely would have been much easier for kids of the time to absorb story-wise.

Funimation Has Been Hiding Something

So now that you know that, it’s also totally worth bringing up that Funimation ALSO produced a “lost dub” of the original Dragon Ball, which was recovered and partially shared by twitter user Tanooki Joe last year. While most fans might already be familiar with the fact that Funimation had changed the voice actors for the series between its original airing in 1995 and the re-release on Cartoon Network in the early 2000s (we’re still talking about OG Dragon Ball here). This lost dub, which is of the series’ first move “Curse of the Blood Rubies“, uses those same original voice actors but carries over many of the names from the Harmony Gold dub. For whatever reason, they changed Puar to Prudence and Oolong to Chester, but Zero, Zedaki, and Lena were all intact. It absolutely screwed with my head to hear those names and the line “Zero! He is our hero!” in the theme song for the movie as I had the final VHS release when I was first getting into anime and watched it more times than I could ever hope to count.

So I got my VCR up and running on my PC… pic.twitter.com/96RcKFZYLT

We don’t know what happened that caused the team at Funimation to switch back to using the Japanese names, it could have something to do with the response of this test dub though. An old newsgroup post from August 1995 that has somehow managed to survive all of these years shows that it was aired in Seattle and some of the people who caught it were definitely thrown off by the name changes, knowing full well that it wasn’t the Harmony Gold dub. The mass internet was still in its infancy at this time, so it’s hard to say if fan response had anything to do with it but magazines like Animerica and Newtype USA did exist so it’s possible the feedback made it back to Gen Fukunaga and his team. Needless to say, whatever caused the change it’s a good thing because the landscape of anime in the US could be very different now if things hadn’t gone the way they did back then. It really isn’t a stretch to point at Dragon Ball as the series that took anime mainstream, and any differences to the way they handled the show could definitely have had an adverse impact. Thankfully we’ll never know that for sure, but it sure is interesting to be able to look back on this history and get a peek at how different things could have been. Now if only we can get our hands on the full test trailer for the failed Toon Makers Sailor Moon adaptation.