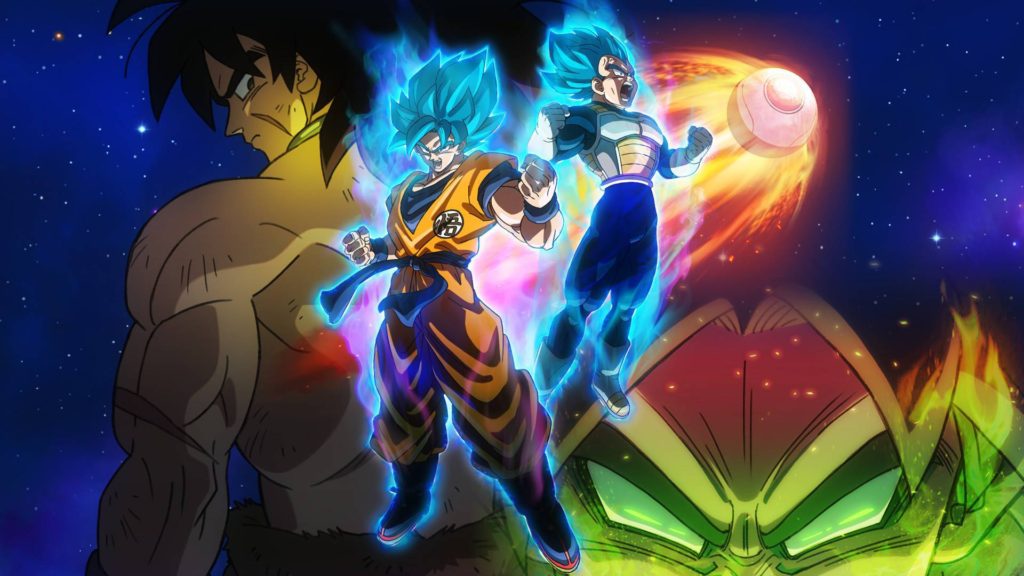 Ever since Dragon Ball Super came to end an end earlier this year with the explosive climax of the Tournament of Power, fans have been eagerly awaiting news on the upcoming movie, which is set to release this December. Only sweetening the excitement of the film is that fact that original series author Akira Toriyama will be tackling the story, meaning this is definitely going to be something grand. Except for a key visual and short teaser featuring Goku, however, information has been scarce. That all changed today though, with Toei finally dropping a new trailer for the movie – and it looks absolutely incredible.

The trailer reveals the sheer power of the antagonist Broly, one of the Legendary Super Saiyans that appear every one thousand years, as he absolutely destroys Super Saiyan Vegeta, Final Form Frieza, and Super Saiyan Blue Goku. It’s clear that, in order to defeat Broly, Goku will need to find a new power – possibly something to do with his Great Ape form that debuted in the first arc of the series, as suggested by an after-title sting of someone with a monkey tail. It doesn’t look like Goku but certainly seems to suggest that the Great Ape powers will be a part of the story in some shape or form.

Broly already appeared in several Dragon Ball Z movies, but Toriyama already explained that this version of Broly will be slightly different, as he was first conceived as an original character by someone other than Toriyama. That being said, it looks like he will maintain the same basic concept, that of being the strongest Saiyan, so fans of Broly shouldn’t worry too much. Furthermore, his father Paragas can also be seen in the trailer, this time sporting white hair and beard, further suggesting that this version of Broly won’t be that different from his original conception.

Another thing on showcase here is the incredible animation. Dragon Ball Super garnered attention in its later arcs for its incredible fight animation despite a rocky start, and it seems like the talented team of animators working on the project are being given the chance to flex their creative muscles once more. Particular excellent are the character designs and line art, giving expression and flavor to each silhouette. I have no doubt that the power of Broly will be done justice by this talented team, and I can’t wait to see it.

The movie will release December 14 in Japan and has been confirmed for a theatrical release in the US soon after. Akira Toriyama’s series is now over 30 years old but doesn’t look to be slowing down any time soon.