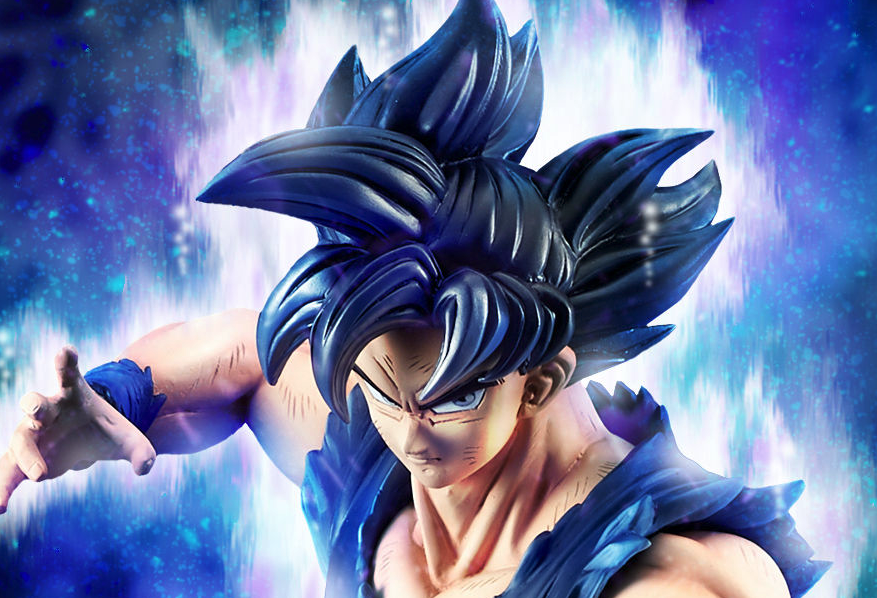 There’s been plenty of figures of Goku at this point, recreating classic moments and in various shapes and sizes, all the way up to specially-produced 1/1 replicas for exhibits. If you’re a fan of the Dragon Ball series and collect figures, it would be more surprising not to own a figure of the iconic character at this point, a testament to the character’s popularity and the number of figures produced of them. There’s always room for one more, though, although you may need to make space for the impressive 45cm scale figure of Goku based on his appearance in Dragon Ball Super that was just announced and made available for pre-order earlier today by Premium Bandai.

At 45cm tall, this scale figure is a large, imposing addition to any display case or shelf, and the 14300yen price tag is similarly imposing. However, a glance at the promotional imagery for the figure quickly puts this price into perspective and makes such a high price tag feel like a bargain.

Sold as part of Bandai’s ‘Gigantic’ series, the vinyl figure has Goku preparing to strike his opponent in the midst of battle, one which has clearly been a challenge for the character as shown in the rips of their clothes and strain on their body, as well as Goku’s intense focus suggesting he’s taking his opponent seriously. The pose and weight of the figure, unfortunately, make it impossible for the figure to stand on its own, but the included plastic stand is thankfully unobtrusive and doesn’t obscure any of the impressive details found in the figure’s clothing or skin.

If you have the necessary space (and the money) needed to make this Dragon Ball: Super Goku figure your own, the item is now available for pre-order for 14300yen at Premium Bandai’s official website, with an estimated delivery date of June this year.