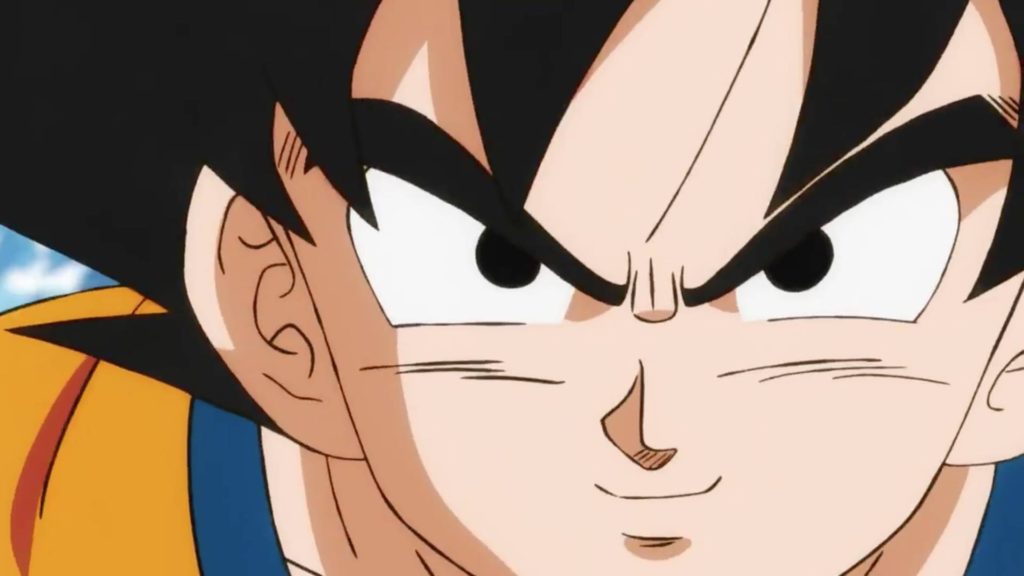 Toei Animation has today begun streaming the latest trailer for the upcoming Dragon Ball film which is looking to be released globally on December 14, 2018. The trailer debuted during a mobile game presentation livestream earlier this week where it was confirmed that the film is tentatively being called Dragon Ball Super, and will be the 20th film entry into the Dragon Ball universe. The new trailer can be seen below:

Coming soon, a new adventure to be the strongest begins.
The new #DragonBallSuper movie teaser is here! 👀☄️👐 pic.twitter.com/DO8SidUfPz

Running for just over 30 seconds in duration, the English subtitled trailer features both Goku as well as a new villain who appears to have the powers of a Saiyan. There was no additional information revealed about the character during the livestream other than that “might be” for the villains Saiyan status. The movie features an original story, as well as screenplay, by series creator Akira Toriyama. This serves to further showcase his heavy involvement in the animated series as he steps further away from his work as a mangaka.

Akira Toriyama had previously made comment about the film, which can be found below:

This Dragon Ball Super film is the next story after the currently airing television anime. The story takes place after the climax of the Tournament of Power, where the fate of the universe was at stake, and the short rest that follows. It will give a few previously unwritten details about the Saiyans and Frieza, as well as a long-awaited strong opponent to overcome, and I think it will be an enjoyable story!From 2013’s Battle of Gods and the last film Resurrection ‘F’ to the current film, I’ve been carefully writing, and I’ve had the pleasure of drawing lots of designs and the like. I’m actually as busy as ever, but while I don’t have to serialize anything I have time to think about the anime, which used to be out of my hands. (laughs) So please look forward to it!

Those of you interested in checking out more about the upcoming film can check out the official website for the series, here.