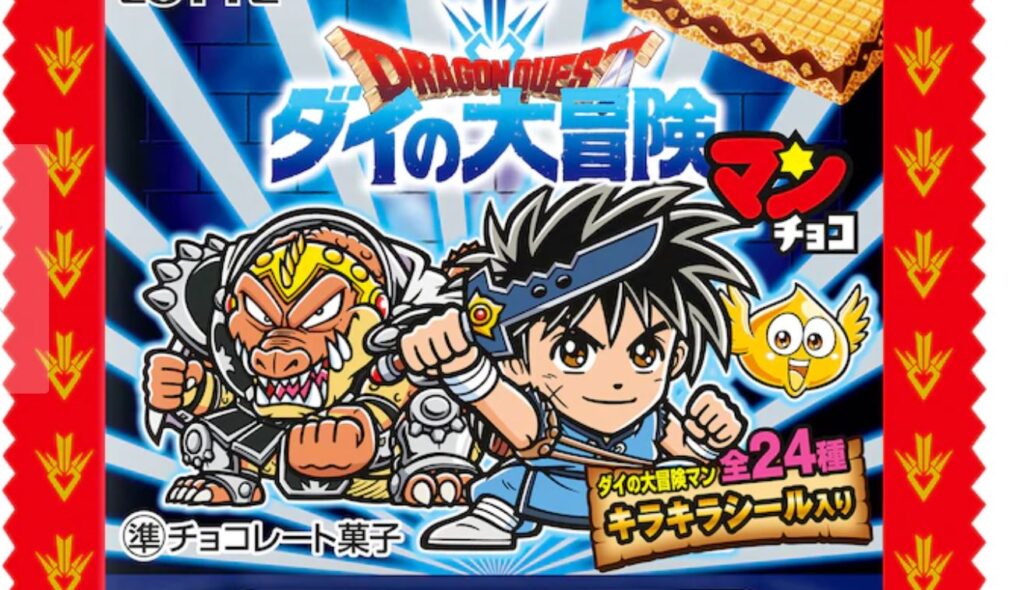 Bikkuriman has been something of a personal favorite amongst the OTAQUEST staffers for a long time. Despite original hailing from Korea, the debatably edible Lotte brand chocolate wafer has been a mainstay amongst Japanese children and collectors for a long time; The latter isn’t in it for the dusty wafer. In actuality, the collectible stickers that come with the chocolatey snack are the real prize. For decades, Bikkuriman has been collaborating with any and everything from Evangelion to Demon Slayer and beyond. A cross-promotion with the new The Adventure Of Dai anime, we now have some adorable Dragon Quest Bikkuriman to get our hands on. 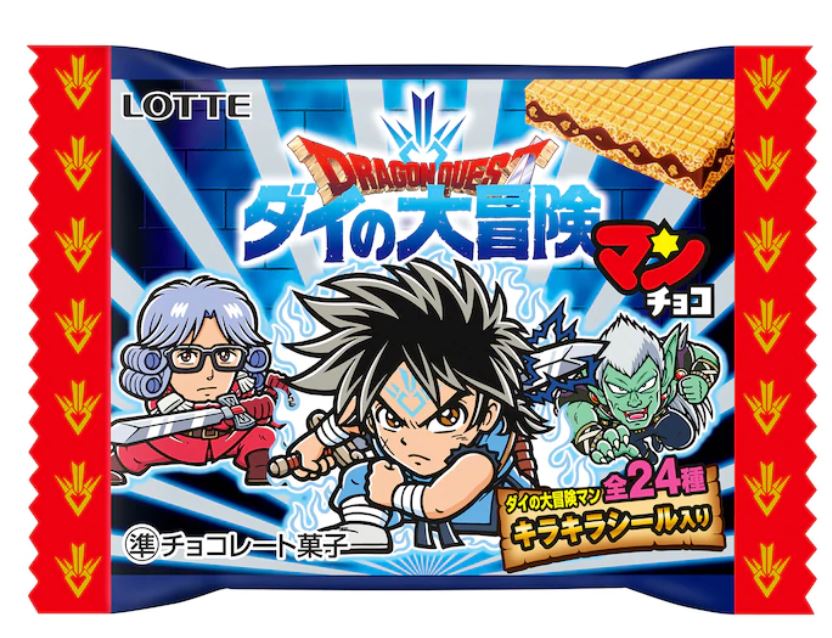 These Dragon Quest Bikkuriman are centered around The Adventure Of Dai so fans of just the games are likely to see a bunch of unfamiliar faces if they pick these up. However, The Adventure of Dai has a huge nostalgic fanbase with it being a classic Jump in its own right meaning these will likely sell. If you’re aiming to bring together the entire collection, you’ll have to eat 24 chocolate wafers minimum to get all the stickers which cost about a dollar a piece on average. Head to your local Japanese 7/11 on November 3 if you’re so inclined.

With a new adaptation of The Adventure of Dai airing now, maybe it’ll finally catch on in the west. It admittedly took mainline Dragon Quest years and years before English speaking audiences had really accepted the Square Enix franchise that, in Japan, is bigger than Final Fantasy. That said, few spin-offs stand so independently from its parent franchise as Dragon Quest: The Adventure of Dai which has manga, anime, and games all its own. Now, it has these Dragon Quest Bikkuriman to add to its ranks as well.

The Adventure of Dai Bikkuriman will hit convenience store shelves on November 3.