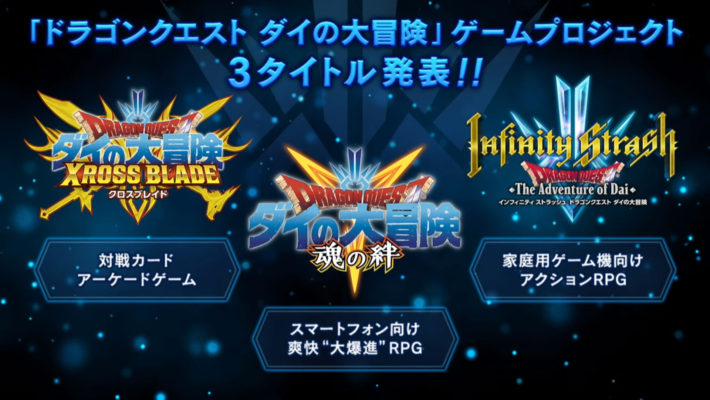 Dragon Quest is one of those titles which is synonymous with Japanese RPG games. It’s had its legacy firmly cemented in the industry as one of the driving games that all RPG titles strive to achieve. Today, Square Enix has announced a new trio of games based on the early 1990s manga and anime, Dragon Quest: The Adventure of Dai, coming to console, mobile, and arcade with each game offering players a completely unique experience from each other. If I were a betting man, two of these titles are most-certainly making their ways west. There hasn’t been any information released as if these titles are the original story in game form or if they’re a continuation of the story which ended in 1992. The timing of this makes sense though, however, with the new anime series under the same name slated to release this October in Japan. 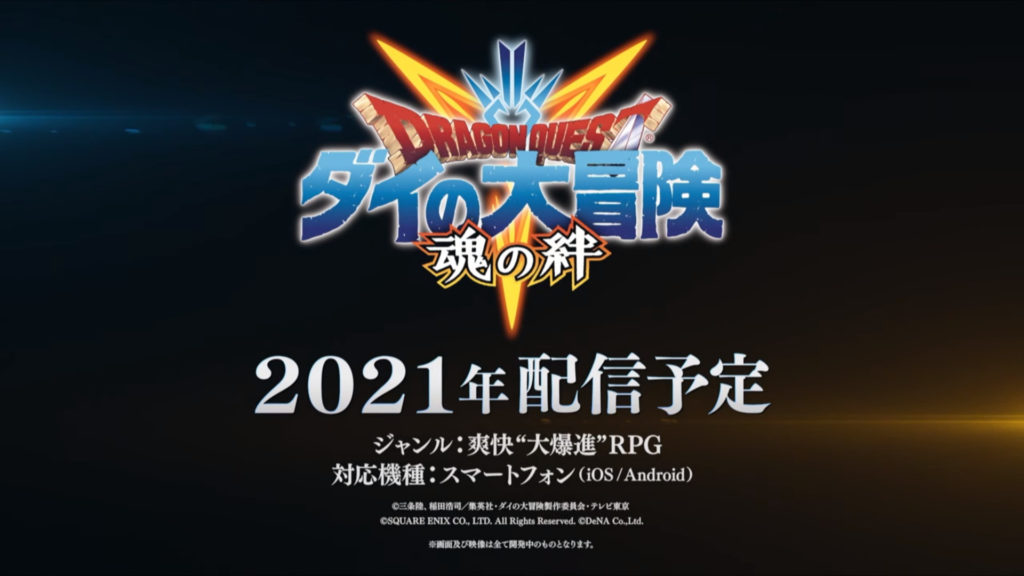 The second title that Square Enix announced as part of this trio of games is Dragon Quest: The Adventure of Dai – Xross Blade. This is an arcade title that frankly, I would be extremely surprised if it saw the venture west. It is a competitive arcade card game where players will place cards that they have collected on a playfield in front of them which will then in turn cause actions within the game. This game is slated to launch in the Fall of 2020.

Last but not least is the title that I am most intrigued by, Dragon Quest: The Adventure of Dai – Infinity Strash. Infinity Strash is being developed for consoles (note I said “consoles”, as Square Enix has not announced WHICH consoles the title will be appearing on). The game is an action RPG title which is something different from past Dragon Quest titles as the game usually follows the turn-based battle system that has been present in a number of RPGs throughout the years. The game is still shrouded in mystery as the trailer doesn’t really show too much for the game and even Square Enix themselves have stated that it was put together last minute as they didn’t want to leave fans longing for more after just a name announcement.

With these three titles being announced, it’s safe to say that the Dragon Quest series is alive and well and looks to be progressing forward quite smoothly after the release of Dragon Quest XI. I look forward to getting more information about Dragon Quest: The Adventure of Dai in the coming months, especially info about Infinity Strash. Let’s hope that these games follow a more traditional time frame with announcements, unlike their Final Fantasy counterparts.