Dragon Quest: Your Story Review – Forging its Own Path, For Better and For Worse 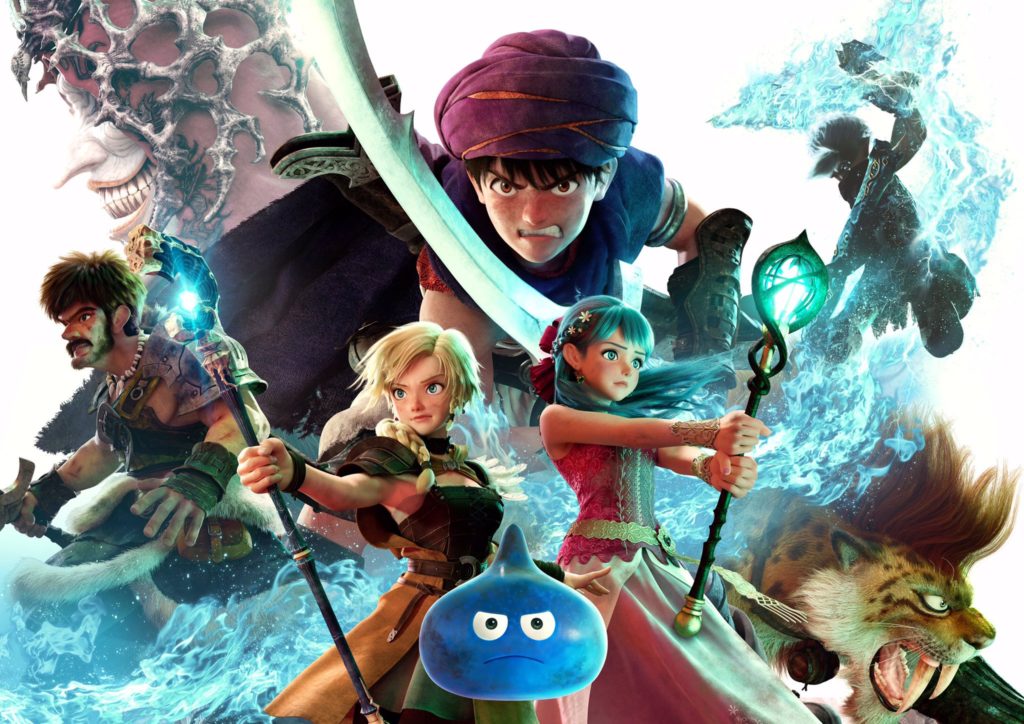 This is more of a personal opinion of mine rather than a hard and fast rule, but I find that, if you’re going to review a piece of media, it’s often best to avoid finding out about what other people’s opinions on that work until you’ve already finished writing it. After all, intentional or otherwise, it’s incredibly easy to allow your own view to be influenced by the opinions of others.

Therefore, I usually make a point of not seeking out such views till I’ve consolidated my own views into a review, and I planned to do the same with Dragon Quest: Your Story. This time around, I broke this rule. The reason for that was my friend’s shock at the fact that I actually rather enjoyed the film, a friend who quickly directed me towards the anger many people in Japan felt towards the movie and, in particular, its ending.

It’s actually this ending that makes writing a review very difficult. I had a rough idea what I wanted to say about the film by about the halfway point of it while I was still in the cinema, as everything was happening almost exactly like I had expected it to, for both better and for worse. The movie is an adaptation of Dragon Quest V, a game originally released for the Super Famicom in Japan in 1992 and one which is definitely the most beloved title in the long-running franchise, albeit one which wasn’t released outside of Japan until its DS release in 2009. The game influenced later titles in the franchise, while some of its mechanics, such as its monster-collecting concept, are ideas that influenced the creation of series such as Pokemon. The game’s multi-generational tale of the hero’s attempts to avenge his father’s death is revered, making any attempt to retell such a beloved story a risky proposition, due to the fear of angering those who hold it in such high regard.

I haven’t actually played the game the movie is attempting to adapt, however, which makes it easier for me to appreciate it of its own merit without having my memories of the original clawing at the back of my mind. Saying that though, even without this basis, it’s clear that for much of the film it doesn’t want to stray too far from the established story of the original. The opening of the film is even told using the Super Famicom graphics of the original game, before quickly getting into the routine of the story fans would know and love. This has its own set of issues, however, primarily that it fails to fully adapt the game’s storytelling to a new medium. In an RPG such as Dragon Quest, the story takes place not over 90 or 100 minutes, but over many, many hours. Plot points don’t necessarily occur one after another, and can often be separated by large segments of downtime as you do side quests or level up your party or travel through the world. The movie feels like it has an obligation to include every one of the game’s most recognizable plot points without considering the way that it would often spend hours upon hours building up to such events, leading to many story points falling flat or lacking the impact they once had.

For example, early on, after a time skip following the death of the hero’s father, the movie takes us from a life of forced slavery, a chance for our main character to reunite with their childhood friend, a massive boss fight and a marriage proposal, all in the space of about 10 minutes. What would have taken many hours and been given a chance to develop naturally over time, our character’s motivations fully-explored, is condensed in such a manner that it can feel rushed and unsatisfying, or at least it did for me.

This fits perfectly into my pre-movie expectations. Before I even saw the film, I had doubts that the team would effectively be able to condense such a long and deep RPG into under 2 hours of story in a way that felt satisfying for all involved. Trailers had assured me it would certainly be a visually impressive film (although I feel like being able to watch the film in full allows you to better appreciate the attention to detail placed into the character models and animation, as lively character animation and detailed character blend wonderfully with the iconic monster designs), yet I had been unable to shake the concerns I had that the story would feel rushed.

Which brings me to its ending, one which I won’t spoil but which vastly deviates from the original game in a way that I don’t think anyone had expected prior to release. This ending completely shocked me and, based on the conversations I overheard leaving the cinema, many other people watching the film as well. This is an ending that comes completely out of the left-field, yet still manages to feel satisfying and doesn’t feel like it undermines the story told up until that point.

I can to an extent understand this criticism this ending received, however. Most of the film prior to its out-of-left-field plot twist had followed the original game closely, and this ending not only deviates from it but completely re-contextualizes the story told up until them. Suddenly, the story of Dragon Quest V that it is supposed to be retelling isn’t the most important thing about Dragon Quest: Your Story, as the movie seeks to make a greater comment on the series, its impact on pop culture and on the memories formed by those who grew up with the series up until this point. What the game represents, rather than the story it has to tell, becomes central to the movie’s conclusion and message, and I can understand why someone coming into this movie wanting to see the game’s story told in full would be annoyed as it wasn’t the reason they went to the cinema to see this movie, especially since it never actually concludes the story of Dragon Quest V after this point, either. In fact, as I spoke to Japanese fans of the game in recent games, many didn’t necessarily have an issue with the changes being made but felt like the movie they were expecting and wanting to see and the movie they ended up receiving were two very different things.

To me though, this decision is something I feel benefited the movie as a whole. As a retelling of Dragon Quest V, it sticks too rigidly to the original formula without adapting to the cinematic medium that, had it continued on that path, would have resulted in a pretty yet awkward film which, while fun, would ultimately have been a little disappointing. By choosing to step away from this rigid structure and adapt the game not just by adapting its story but making a broader commentary on the impact of the series more broadly, you suddenly have a much more unique and compelling movie. It also ends up being a movie that lives up to its own tag line this way, too. After all, this isn’t just the hero’s story, this is your story, and how the story truly ends for the hero is up to you.

This movie is by no means perfect, or even close to perfect. Like I mentioned before, parts of the movie felt awkwardly paced and rushed, and a cool and interesting ending sequence doesn’t absolve these issues. But it’s this ending which excited and shocked me more than many other films and I appreciated what it was trying to do. Many early moments fail to stick the landing and I know that some people won’t like the ending of this film, but I felt like I enjoyed myself overall.

Overall, though this is certainly not a film everyone will enjoy, with superb animation and characters and an interesting message, I’d say it’s well worth at least giving it a chance. While it may not be the best anime film to come out this year, its ending may certainly be the most memorable, and for that reason alone I’d say it’s worth checking out.

Dragon Quest: Your Story is now showing in Japanese cinemas, and you can find more info on this film over on the official website.