Dreams on Fire Review: An Authentic Portrayal of Tokyo Dance Culture and Pursuit of a Dream 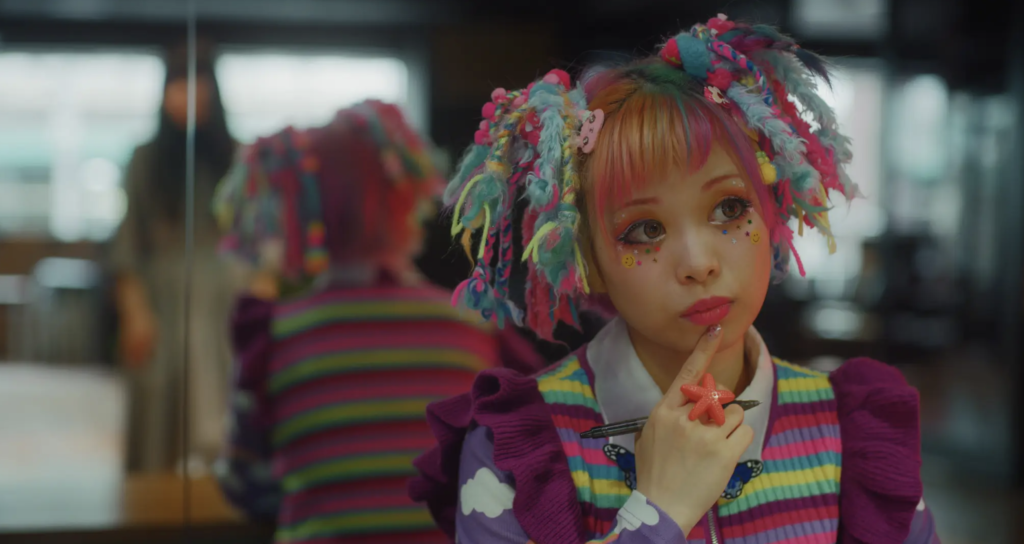 Tokyo is a big enough city where just about anything is possible. It’s easy to get lost in its fast-running pace and get dragged along by its never-sleep mentality, but allowing that to happen risks losing sight of the minor joys, people, and experiences right under your nose, while leaving you open for another’s nefarious intentions. Grasping a life and pursuing a dream in Tokyo requires two feet on the ground, a supportive group of friends, and a passion for success; in short, camaraderie. Phillippe McKie’s captures this with style in his debut film, Dreams on Fire.

Receiving its world premiere as part of the 2021 online edition of Glasgow Film Festival, Dreams on Fire centers on Yume, a girl with a dream of becoming a dancer. Without a home that approves of her decision to take such a big risk, she leaves the disapproving presence of her grandfather to move to Tokyo with the dream of making it as a dancer. Without much money, she juggles this dream with jobs in hostess bars and nightclubs. 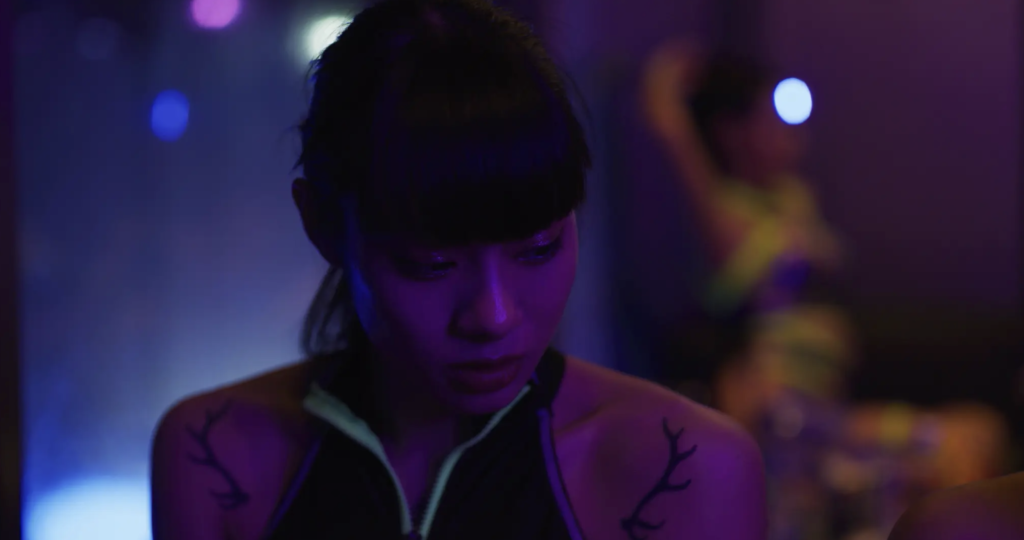 For Phillippe McKie, a man who has worked in Japan on various projects while engaging with the Japanese DJ scene and club event organizing, this debut film is his attempt to capture this area of Japanese society and bring Japanese dance to the big screen. This is something he succeeds at doing thanks to a level of authenticity that centers the talent and hard work of real-life dancers while also critiquing the precarity of the industry.

Philippe’s work as a DJ and club event organizer has given him a level of familiarity with how clubs and the dance scene are organized and managed, while also acquainting him with many of the professionals working in Japan today. Much of the cast is made up of real-life professional dancers playing themselves, with many scenes feeling as much a documentation of the dancing community and their work as it does a plot point in Yume’s story.

Early on in the film, we have a scene where Yume, herself played by a real dancer in Bambi Naka, attends a dance battle in an underground bar shortly after first arriving in Tokyo. It’s a chance to showcase her talent for the first time and the scene is intense and close, the camera framed to make the viewer feel like a part of the audience engrossing themselves in the battle. Yume is eliminated in the first round and we feel her pain, just as much as we’re in awe at the dance performances of Yumer1 and Uma, her fellow competitors. 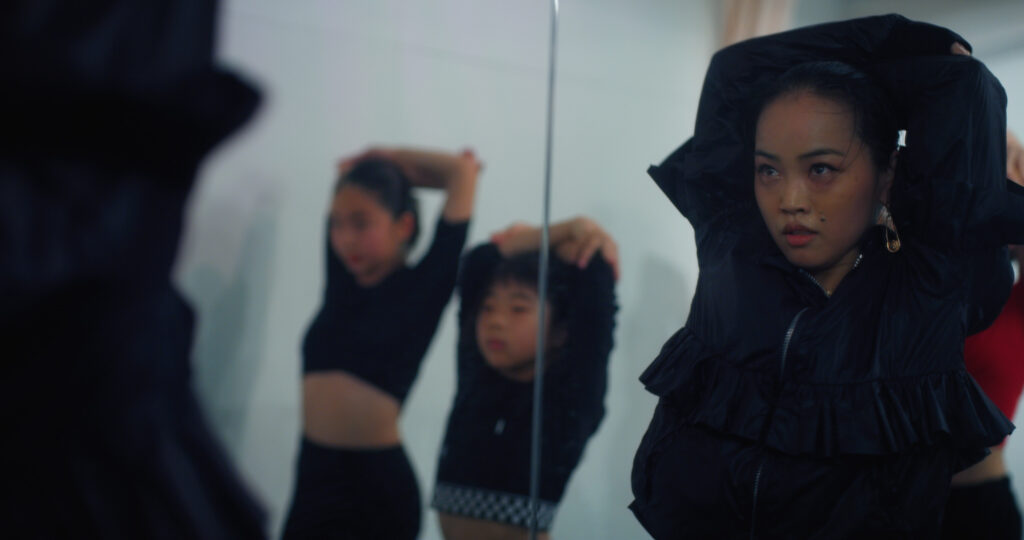 Both these dancers and more are playing themselves, whether conducting their own original choreography or teaching at the dance club. Even club DJs like DJ Aki were brought in to perform original sets for the film, and you have music from smaller labels and artists all contributing to the soundscape of the film. With how many real entertainers feature in the film, it’s like the entire Japanese club and entertainment scene came together for Dreams on Fire’s production. After a year that these same communities have struggled because of COVID-19, this feels like a tribute to something we can’t afford to lose.

The candid shooting style of the film is what best immerses you into these cramped bars and clubs, as we’re placed alongside the characters and move from scene to scene to the beats of the music. The film is ultimately about Yume’s dream and the universal struggles to overcome the odds for success, and we’re invested in this thanks to a strong acting performance by Bambi Naka.

The film also isn’t afraid to portray the rougher edges of the industry. Ultimately, dance culture and minor clubs are driven heavily on passion over profits, with money tight on all sides. Working multiple jobs and scraping by in tiny apartments is portrayed as an expected part of starting life as a dancer, and it makes Yume vulnerable to exploitation in her second hostess club job.

These scenes are uncomfortable, but just as much as the dance scenes let us see real-dancers at work, these scenes expose the precarity of the profession. If you need money, you’re willing to take any job, because being exploited is better than being out on the street, right? Right? 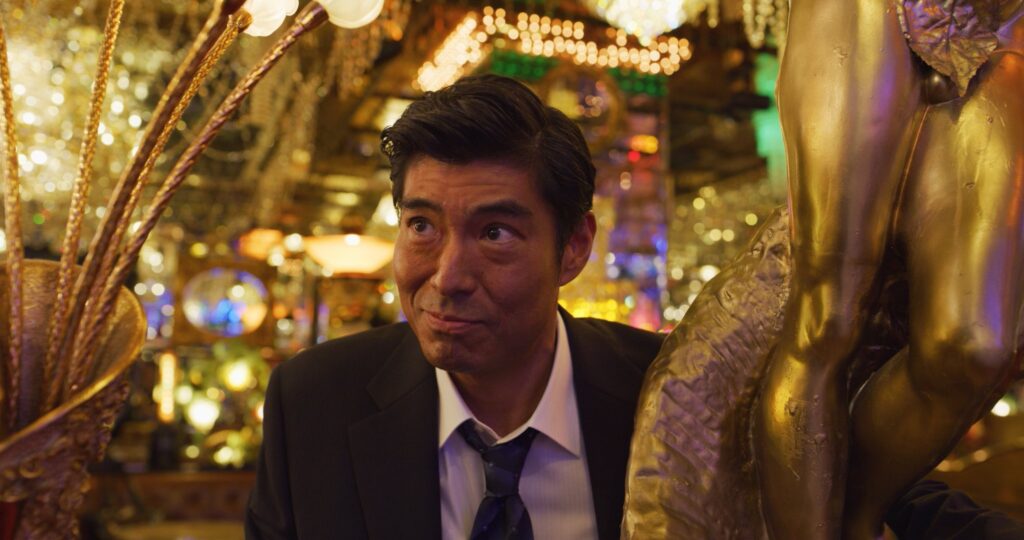 It makes this film more than just a dance movie. We become invested in Yume’s dream by seeing her determination and what she has to do just to give herself a fighting chance of success. It’s difficult to strike a balance between seeing inspiration in her hard work and critique in the exploitative nature, but Dreams on Fire balances these messages out over the movie’s runtime.

It’s not perfect. Often the film is on-the-nose with its messaging of passion and perseverance in pursuit of a dream. I mean, Yume’s name is literally translated into English as ‘dream’, and it’s not even the most on-the-nose element of the film. Plus, certain plot threads like Yume’s grandparents and leaving home are tossed aside almost immediately.

This latter point particularly feels like a missed opportunity. The film could contrast their warnings of failure with the issues she faces as she charts her path, which could allow the grandparents to act as a representation of the growing generational divide and the opportunities afforded to the younger generation today. Instead, it feels like they didn’t want to cut these scenes because they feature famed Japanese actor Akaji Maro in the role of the grandfather. 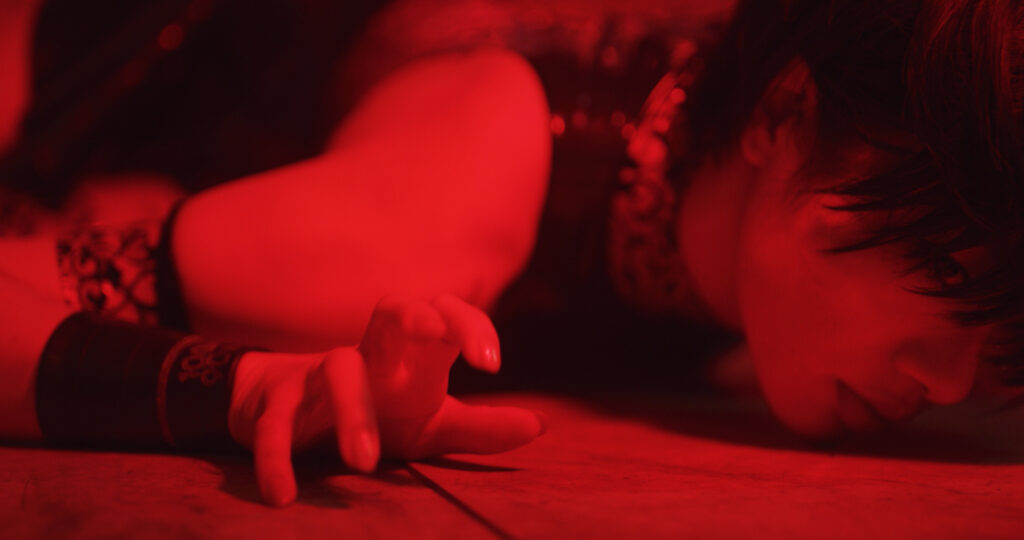 But every critique reminds me of another element of the movie I liked, such as the celebration of drag and queer culture’s intersections with dance. The idea of being an outsider is felt repeatedly in the film both from an immigrant perspective with one prominent side character and through Yume’s outsider status to Tokyo as a foreign country compared to her hometown, which is also very well integrated into the story.

Ultimately, Dreams on Fire is a feel-good movie about refusing to give up no matter how tough the road gets. Yet Phillipe gives the movie the authenticity needed to make Yume’s journey enthralling from start to finish, making it one of the few truly enjoyable films about dance that successfully captures the artform. By taking advantage of the high-contrast lighting and nightlife of Tokyo for some stunning cinematography, even if it can be blunt with some of its writing, this is a film more than worth your time.

Dreams on Fire received its world premiere at Glasgow Film Festival 2021, with streaming tickets available until 1pm on 9 March. It will then screen at Dublin International Film Festival, before a Japanese independent theatrical release is scheduled for 15 May. 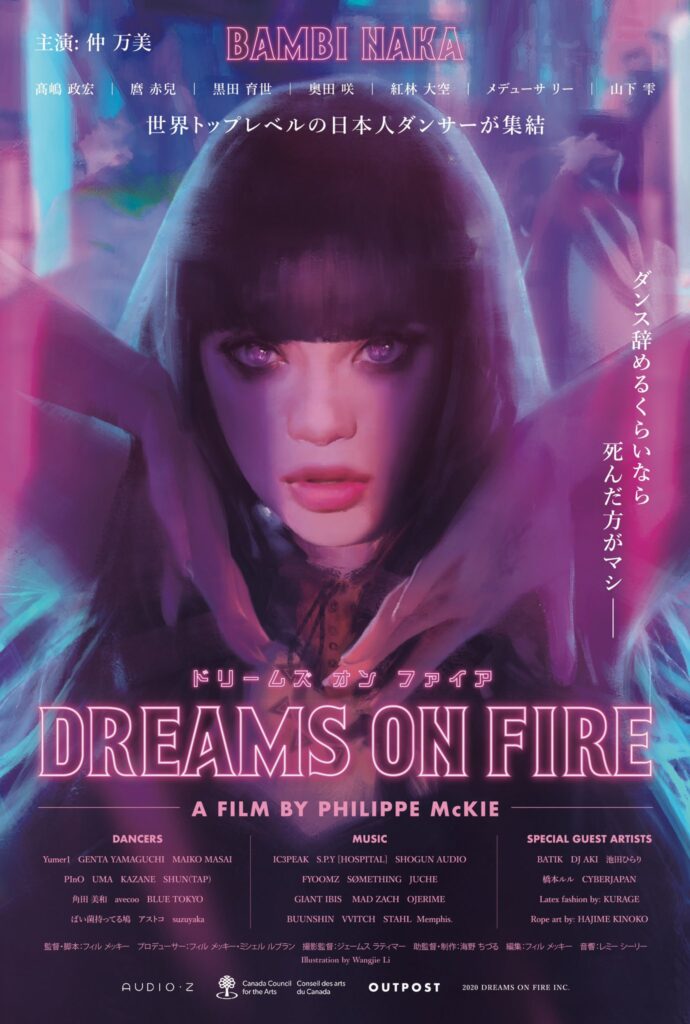