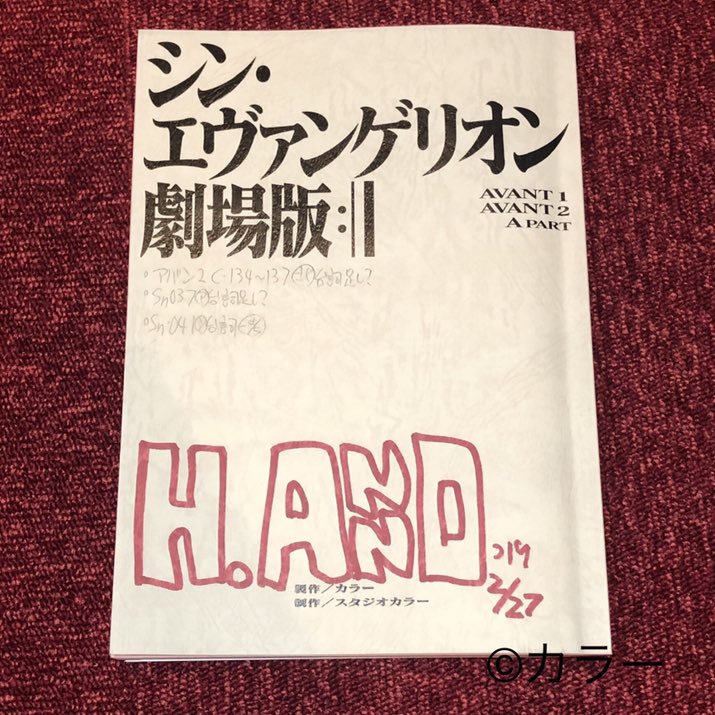 The last time I found myself writing about Shin Evangelion Theatrical Version:||, it was with slight concern following rumors that director Hideaki Anno was to undertake the lead position on an “upcoming Ultraman project”. The concern then was that, if the rumor had any weight, it’d be likely that Shin Evangelion Theatrical Version:|| would be delayed once more beyond its 2020 release date. With that being said, it’d appear that rumor has quickly been dashed with today’s announcement that dubbing has officially begun for the upcoming film.

In a post shared on Evangelion’s official Twitter account, we get our first glance at the animated film’s script. This is especially big news for those looking forward to the film given that, in general, dubbing won’t begin until the bulk of the animation is complete. Complete with Hideaki Anno’s own mark, as well as a particularly interesting 2/27 mark, it could be assumed that recording has been going on since as far back as February 27, 2019.

Details still remain tight on the conclusion to the Rebuild of Evangelion films, but after seven years of waiting, I’d pretty much take any news I can get. In mid-2018 trailers for Shin Evangelion Theatrical Version:|| took over cinemas across Japan, and since then, we’ve been given a glance into the world via an official trailer released via King Records.

When in 2020 the film will actually release remains to be seen, but as mentioned, the dubbing being underway is definitely a promising sign that we won’t be waiting too long into the year. For those interested in checking out further information on the upcoming film, be sure to check out Shin Evangelion Theatrical Version:||’s official website. Additional details can be found via our full archive.