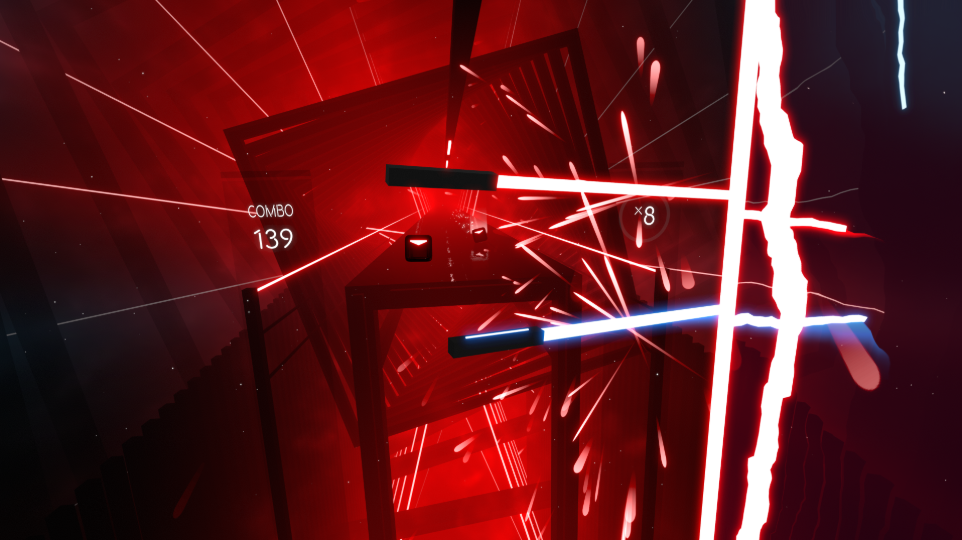 Beat Saber has been making a big impact on the Oculus Rift and HTC Vive since its early access launch back in May, having sold more than 100,000 copies in its first month. Yikes. The game is headed to PSVR and last week at E3, we got our first look at how it plays on the console.

Beat Saber puts a pair of light sabers in your hands and then throws blocks at you set to the beat—pretty typical setup. Things get a little more interesting as the game asks you to cut in the correct direction indicated on each block, and with the correctly colored light saber, in order to score points and survive each track without failing. The game merges great original music with custom-made note patterns to create a very intuitive and interesting experience.

If you missed the “announcement” trailer during E3 2018, you can check it below. We put the quotes in there because we made sure to let them know it was announced for PlayStation VR back in January. We received no response back. But luckily there’s also a new exclusive track called ‘Kumquat’ that’s confirmed for the PSVR version which can be heard in the trailer below!

At the game’s first showing on PSVR at the PlayStation VR space at E3 2018, Beat Saber made a promising impression from attendees and onlookers. VR tracking was responsive with everyone we saw playing, with only small issues rising when controllers exited the camera’s narrow field of view; unable to hit the notes, specially while ducking.

Beyond the tracking limitations, the Move controllers just feel nice for Beat Saber, since the shape of the handle is easy to hold without accidentally squeezing the trigger during play. The Move controller haptics feel great also since it offers a strong and satisfying vibration when hitting each note.

Currently Beat Saber doesn’t have a custom track editor, but the developers did confirm one is in the works for PC. Not clear if it will make its way to the PSVR version, but it’s seriously doubtful. The team says they’re planning to release more original music for the game down the line, but no date has been set.