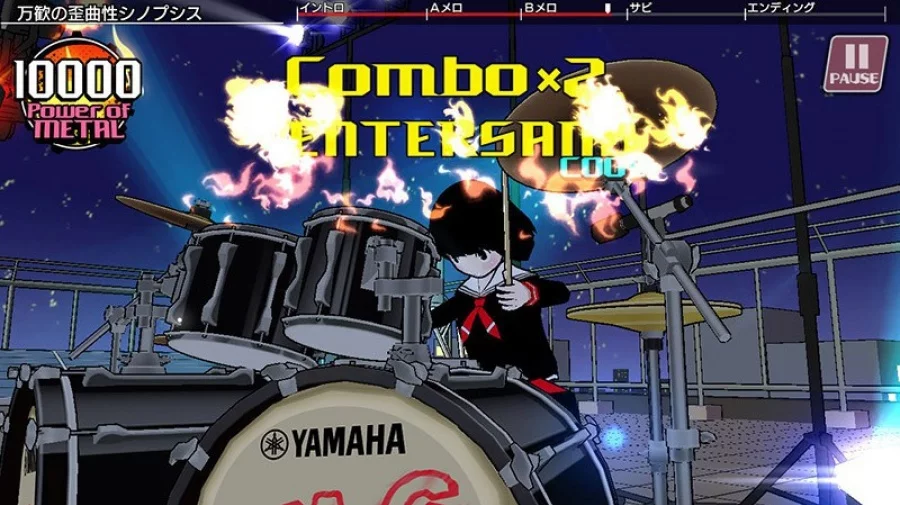 At E3 2018, there was a lot to see and to take in, but after visiting XSEED where they beautifully showed off their localization of Gal Metal with two setups in front of a huge backdrop under high performance lighting much like a concert stage, rhythm gaming was certainly alive at the show.

Gal Metal is a rhythm game designed for the Nintendo Switch that turns your Joy-Cons into drum sticks. Each Joy-Con produces a different sound and swinging them together creates a cymbal crash. Remember Wii Music, or other Wii games that had you shaking the Wii Remotes around like you were air drumming? Gal Metal works like that. The game can also be played with a Pro Controller. You’ll earn metal power by fashioning your own beats to the game’s library of songs which can be turned against aliens. The high school band is called K.M.G which stands for Kichijoji Metal Girls, Kichijoji being a Tokyo suburb.

“It’s a different spin on traditional music gameplay” says Tak Fujii, the games soft-spoken and incredibly humble Producer after jamming hard to a tutorial stage. “It’s all about what’s up here (points to his head) which is what makes all music work. I didn’t want to create something where notes fall down and the player has to hit the note in time”. Tak discussed many issues with the games development road, saying how difficult it was to create a game that worked well, have unique storytelling, all while making the player not have to follow any set of rules. The game eschews predetermined musical notes and lets the player create their own drumlines based on over a dozen beats. You’re free to practice the beats in your club room after school and wrack up unique combos.

As I flailed the tiny Joy-Cons throughout an electric “Ode to Joy” cover, I found myself racking up points, but also losing them, too. Gal Metal still expects players to have perfect timing and keep appropriate tempo, but there’s no guidance as to what either of those meant in context, it’s all by ear. How scoring worked was unclear, and it was frustrating to see my score increase and decrease with little rhyme or reason.

In between performances, you’ll manage your own life as a student and improve your skills and friendships by working part-time jobs, hanging with friends and jamming out in the club room. I asked Tak who his favorite member of the band was, and after some thought, he pointed to the guitarist, Shiimi, who noted her as the delinquent of the bunch.

One of the Japanese trailers really explains how it plays

I also had to get photos with Tak Fujii as he showed off his custom extreeeeme ESP Gal Metal guitar while I held the Octo-alien characters from the game. Tak mentioned that those characters are now available at few UFO catches somewhere in Japan, but highly advised to not fly to Japan if that’s the only thing you wanted to go there for. 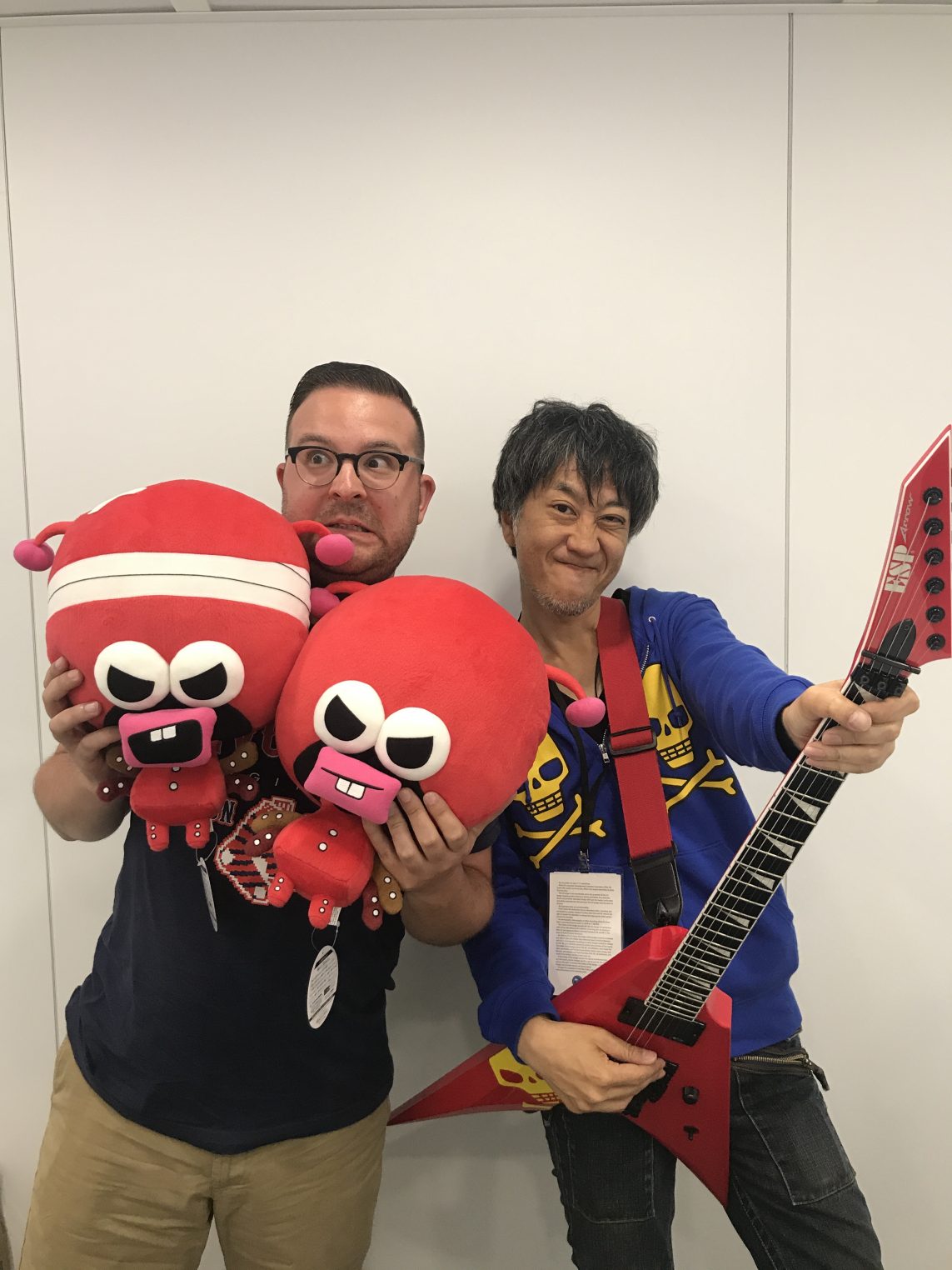 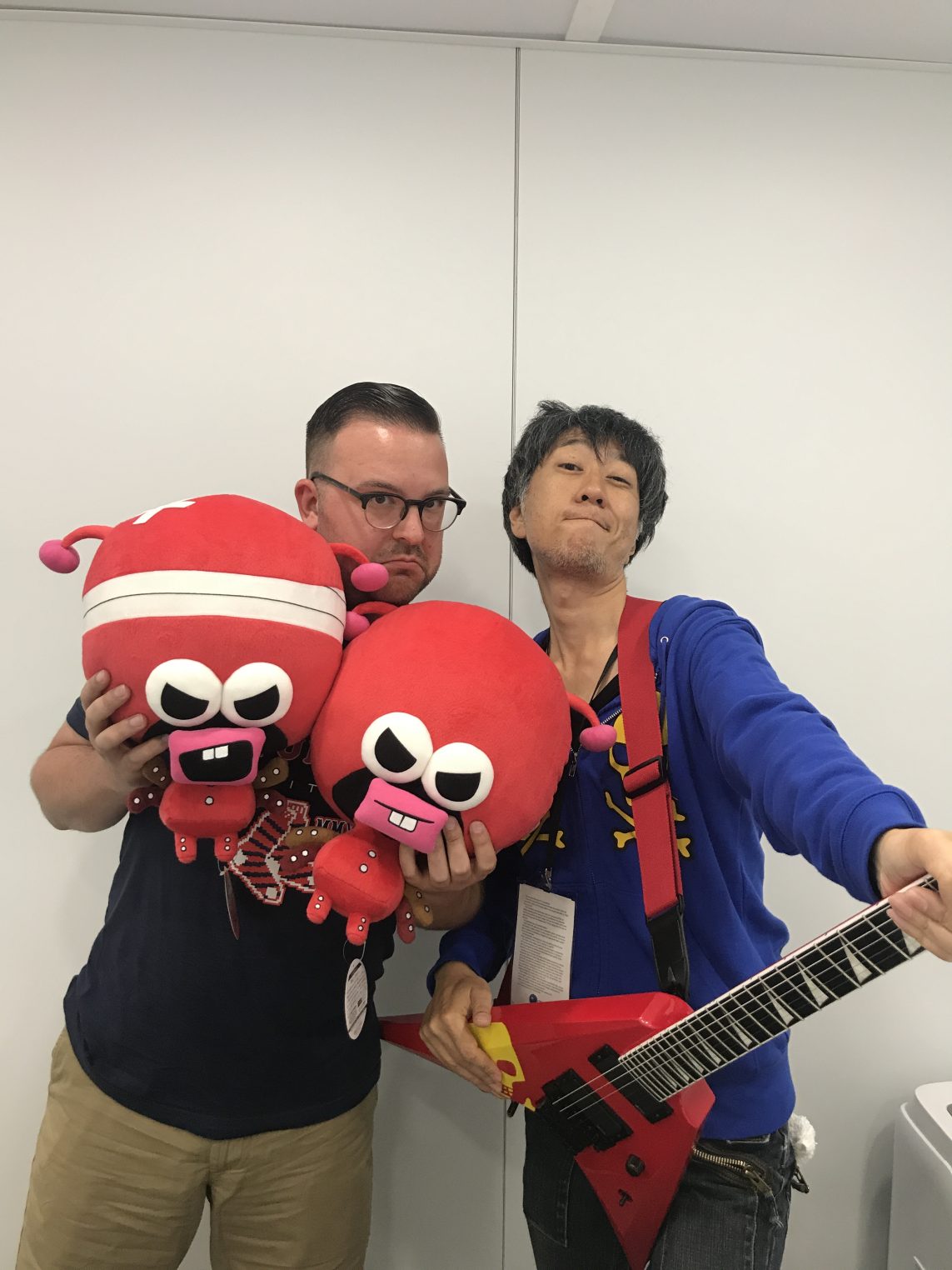 Get ready to perform once Gal Metal heads to North America this Fall on Nintendo Switch.