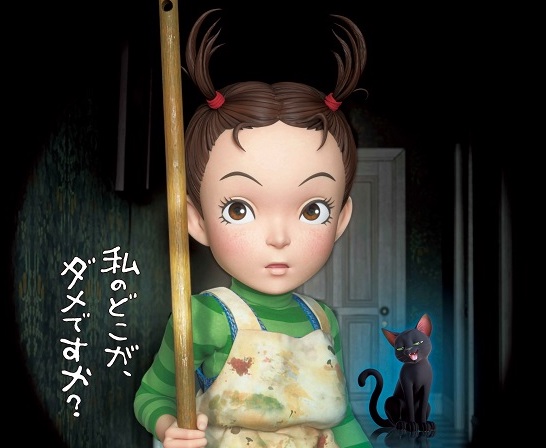 Having initially premiered on Japanese TV on 30 December, Earwig and the Witch will be released in Japanese cinemas on 29 April, with this cinema showcase featuring brand-new scenes exclusive to the rerelease.

In my recent review of Earwig and the Witch ahead of its American release on HBO Max, I noted the movie represented a flawed Studio Ghibli production. While the animation was nowhere near as bad as many feared, the story left a lot to be desired and made for an unsatisfactory experience. Could more story content help? Studio Ghibli may be hoping so, as a new trailer for the film has revealed that a new cut of Earwig and the Witch will hit Japanese theaters just before Golden Week, featuring new scenes from the film.

While the 90-second trailer released for the film is mostly familiar to anyone who has seen Earwig and the Witch, and much of the content was even shown in prior trailers for the film, some of the new scenes can be seen in this new trailer. It appears as though the new cuts of animation being promised here will revolve mostly around the car that Earwig’s mum and new adopted parents used to drive during their band days. While they do pick up Earwig in this car, we mostly don’t see it for much of the rest of the film; a greater emphasis can be found in the trailer here.

Could we be offered more content on their past and the reason for her mother’s abandonment beyond the vague one the movie provides? We’ll have to wait and see. I’m honestly not the most optimistic, but the hope is that this new content could bring life to the meandering middle section of the film.

Earwig and the Witch will release in Japanese cinemas on 29 April, just before Golden Week, with Studio Ghibli clearly hoping to catch some of the boosted attendance to improve the film’s prospects. While the fact many saw it on TV will lower its overall box office haul, how successful this rerelease ends up being remains to be seen.