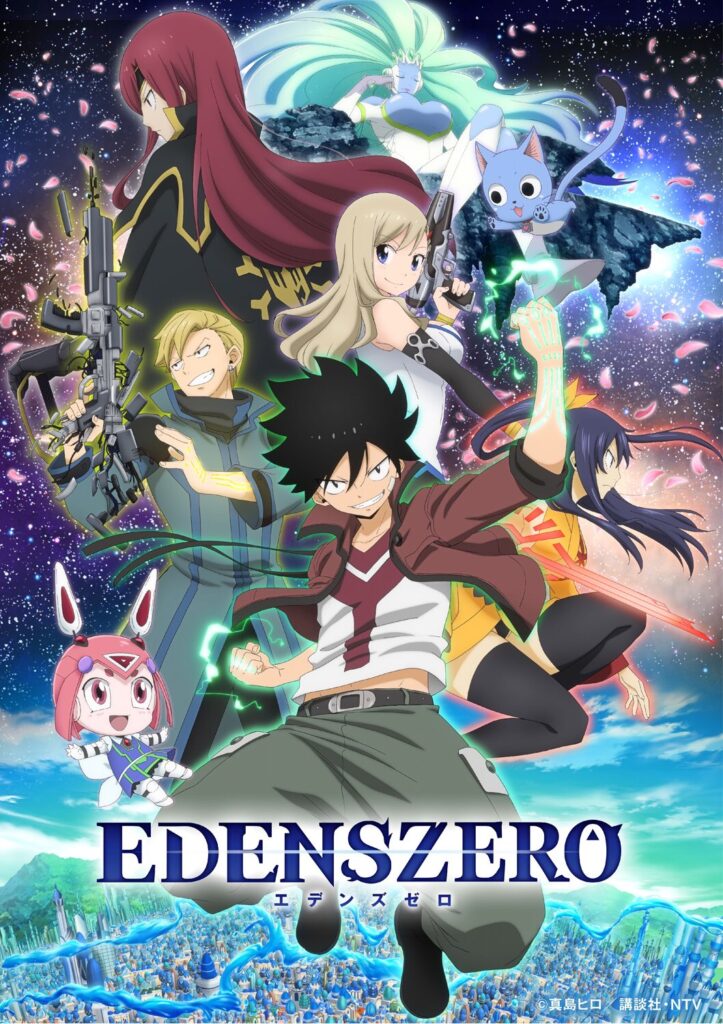 Hiro Mashima’s newest anime series Edens Zero now has a rocking opening theme song worthy of a science-fiction, space-adventure shonen series. The new theme song is ‘Eden through the rough’ by Takanori Nishikawa, whom you may also know as T.M. Revolution. His music appears in Rurouni Kenshin, Mobile Suit Gundam SEED, Soul Eater, and other series.

You can hear his song in the new promo video, which was released to YouTube on Friday (Japan Time):

I’ve watched the promo a couple of times, and while it’s no earworm, the new song certainly fits. When I think of shonen theme songs, I immediately think of such hard-rocking songs as GO!! (aka Fighting Dreamers) by FLOW from Naruto. While this isn’t exactly the same thing, Nishikawa’s song (and the promo itself) certainly leaves you with the impression that Edens Zero will feature some hot-headed young hero on an adventure quest, with a small but loyal nakama tagging along.

‘I think everyone in the world is having a heavy and painful day now,’ Nishikawa said on the Edens Zero website. ‘I want to give everyone a little energy by doing what I can do at such times. I put that feeling into the theme song Eden through the rough.’

The series will begin on 10 April, and Netflix announced on Thursday that they will stream the series.

I’ve mentioned this before, but it bears repeating that Edens Zero is not Fairy Tail. However, the characters certainly seem familiar enough (they updated the Character page on Friday as well). I’m reminded of the adage that Star Wars is a fantasy story set in space. Edens Zero also doesn’t appear to be ‘hard science fiction’ or a traditional anime space series such as Space Battleship Yamato.

It does look like a fun series, and I’d watch it just for the return of Happy.