Eevee Tamagotchi Sells Out Before Release 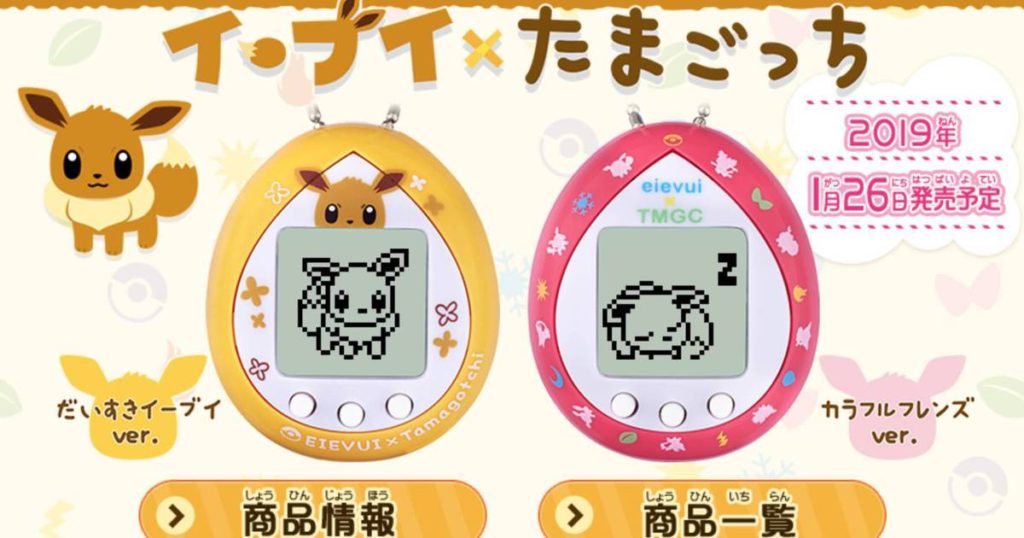 While the immediate response to our recent write-up on the upcoming collaborative efforts of The Pokémon Company’s new flagship character Eevee and Bandai’s own Tamagotchi line of toys was beyond excited, it turns out those somewhat overwhelming levels of hype have led to a slight consumer problem. With the upcoming Eevee x Tamagotchi devices set to release on January 26, 2019, pre-orders went live earlier this week for eager fans to ensure their device; and, well, they sold out — immediately.

Though this would generally be considered a positive thing, the unfortunate reality of the situation saw the vast majority of the device pre-orders making their way to resellers looking for an easy buck. Oh, and what an easy buck it’s proving to be. With an RRP of around 2,300 yen here in Japan, the Eevee x Tamagotchi was slated to be an affordable little piece of fun that wasn’t going to break the bank. But those who failed to get their hands on a pre-order and don’t want to risk the wait, you’re looking at spending around 6,500 yen individually, or 15,000 yen for the set.

There’s still a couple of months standing between us and the release of the Eevee x Tamagotchi, however, so it’s likely that we’ll be seeing a number of restocks before the device actually releases. What this means, of course, is that you really shouldn’t be rushing to go spend anywhere near 15,000 yen for a device originally slated to cost 2,300 yen. Though, with that being said, there’s nothing stopping the next sets of pre-orders from being hit by scalpers as well, something I’m sure will drive die-hard Eevee and Tamagotchi fans to make the jump. I guess we’ll just have to see how this one plays out.