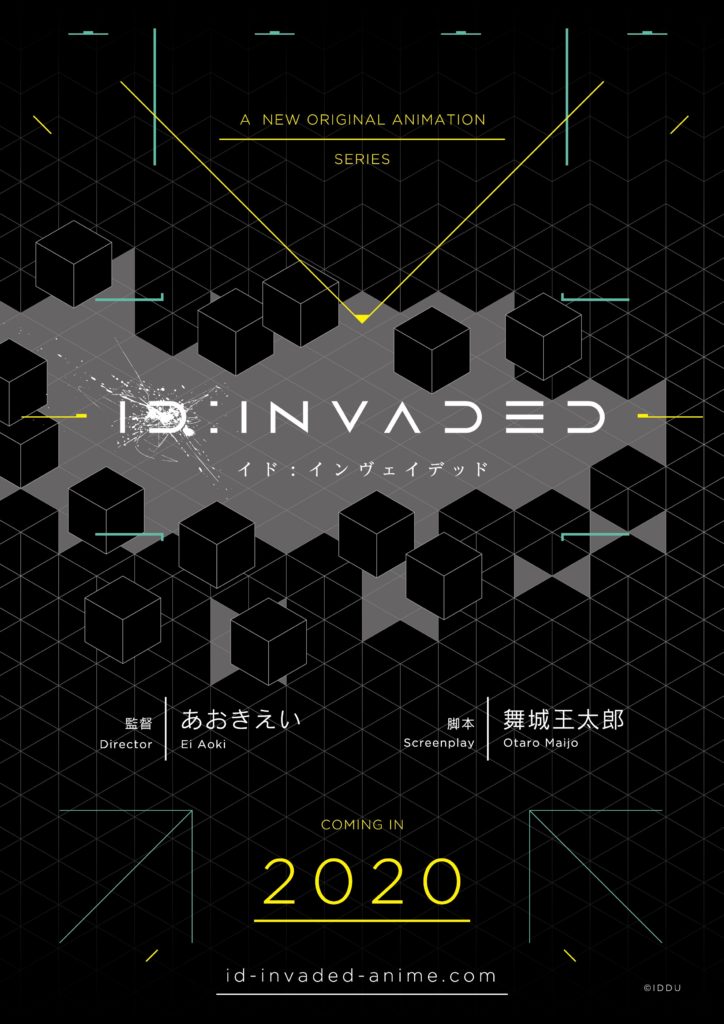 Original anime projects are always a source of excitement in this oversaturated world of manga and light novel adaptations – doubly so when someone like Ei Aoki is involved in them. The renowned Fate/Zero and Kara no Kyoukai director is coming back to the world of anime after making a splash with his 2017 original series Re:Creators, with his latest original anime project ID: INVADED. Check out the new PV below:

Details on the project’s story are vague, but you can certainly infer several things from the imagery present in the PV.

Firstly, it’s quite clear that we’re dealing with something out of the ordinary, either supernatural or science-fiction in nature, from the floating buildings and debris. Furthermore, the low-key presentation of the trailer with mysterious, tense music makes me think that ID: INVADED will have a strong mystery element to it.

All of this isn’t exactly out of the ordinary for director Ei Aoki, who has made a career for himself directing adaptations and original anime with supernatural and mystery elements threaded in them – I’m thinking mostly of Kara no Kyoukai, as well as parts of Re:Creators.

I’m doubly sure of this when looking at who Aoki has recruited to work with him on his ID: INVADED original anime project. Joining him to write the series will be novelist and occasional mangaka Otaro Maijo.

Maijo is perhaps best known for his 2017 anime special The Dragon’s Dentist, which was originally produced a short film for Studio Khara and Hideaki Anno’s Animator Expo in 2014.

But Maijo has found most of his success as a mystery and thriller novelist, contributing to several monthly literary magazines, as well as producing a manga or two over the years.

Maijo’s own preference for combining the supernatural with mystery is most likely the reason why Aoki has called on him to help him realize his vision for their first collaboration on ID: INVADED.

That being said, only the two men are on board for the project at the moment. ID: INVADED is set to release in 2020, but has yet to fill any other roles nor find a studio to helm the project. I’m sure producers Kadokawa will be happy to help them do so, however.