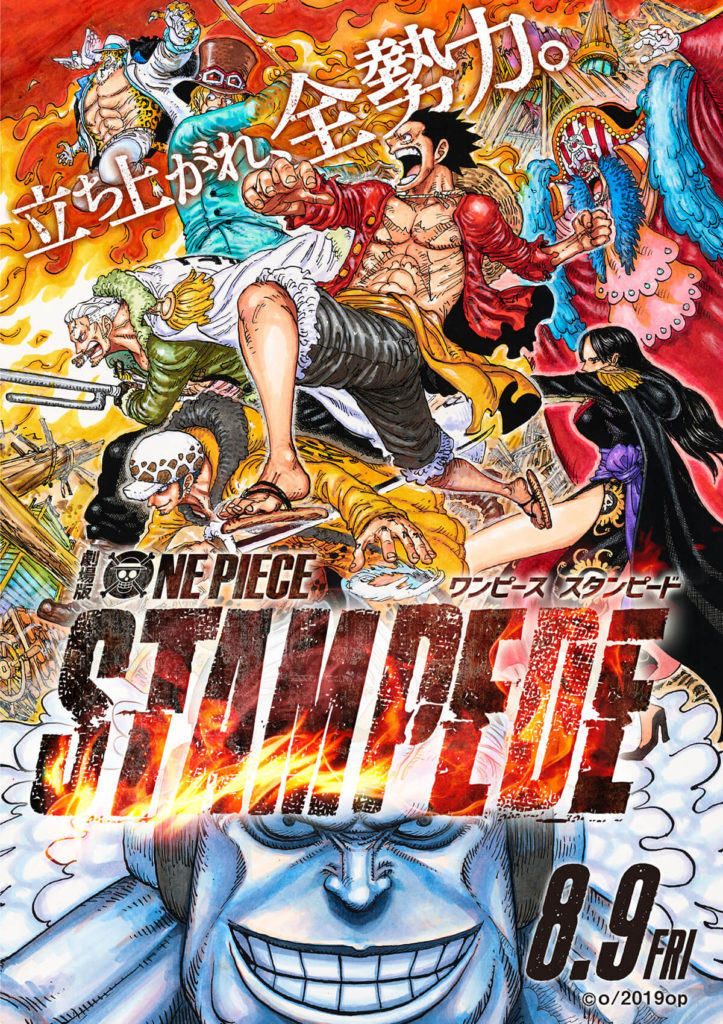 The fourteenth One Piece theatrical movie, One Piece: Stampede, is set to release in Japan on August 9. While it might be just another entry in the long-running franchise, Stampede is special not only because it brings together the largest cast of any One Piece movie to date, but also because it marks the 20th anniversary of the series in animated form. It’s safe to say that everyone is pretty excited, but no-one more than series creator himself Eiichiro Oda, who expressed his excitement for One Piece: Stampede in a press release.

In his official comment ahead of the release of One Piece: Stampede, Eiichiro Oda addressed his friends and family, stating:

‘To those around me who are sick of hearing “I wanna see it soon, I can’t wait for release day” – I’m just that excited! It’s cool! It’s an awesome movie!’

It’s quite funny to think that Oda’s excitement for Stampede is at such a point that people have pulled him up for it, but it is telling that Oda is able to explain why he’s so excited, stating:

‘It’s the One Piece 20th anniversary movie. 20 years. A lot of things have happened in that time, both behind the scenes and in the story itself. But that’s precisely why all of the staff have been able to put together such an all-star movie! And I mean all of the staff!

‘To think of all the characters…! I’m so excited! The director and producer once said this – “We’re making a movie for the fans.” I totally see that. For real.’

Eiichiro Oda’s excitement for One Piece: Stampede seems to stem from the action-packed premise of the movie, which brings together a huge cast of characters from across the series for what is shaping up to be the most stacked theatrical entry in the series yet.

If Oda’s behind such a concept, then perhaps we should be as well. Some fans have, after all, expressed worry that Stampede might be a bit too much – especially compared to comparatively more streamlined last theatrical entry in the franchise, One Piece Film: Gold.

But this is a special moment for the One Piece franchise, as it celebrates 20 years since it first aired as an anime. With the story now winding down towards a climax (albeit very slowly) and big staff changes affecting the future of the anime as it continues into the Wano Kuni arc, perhaps we should take this moment to appreciate what an incredible 20 years it has been.

One Piece: Stampede release on August 9 in Japan.