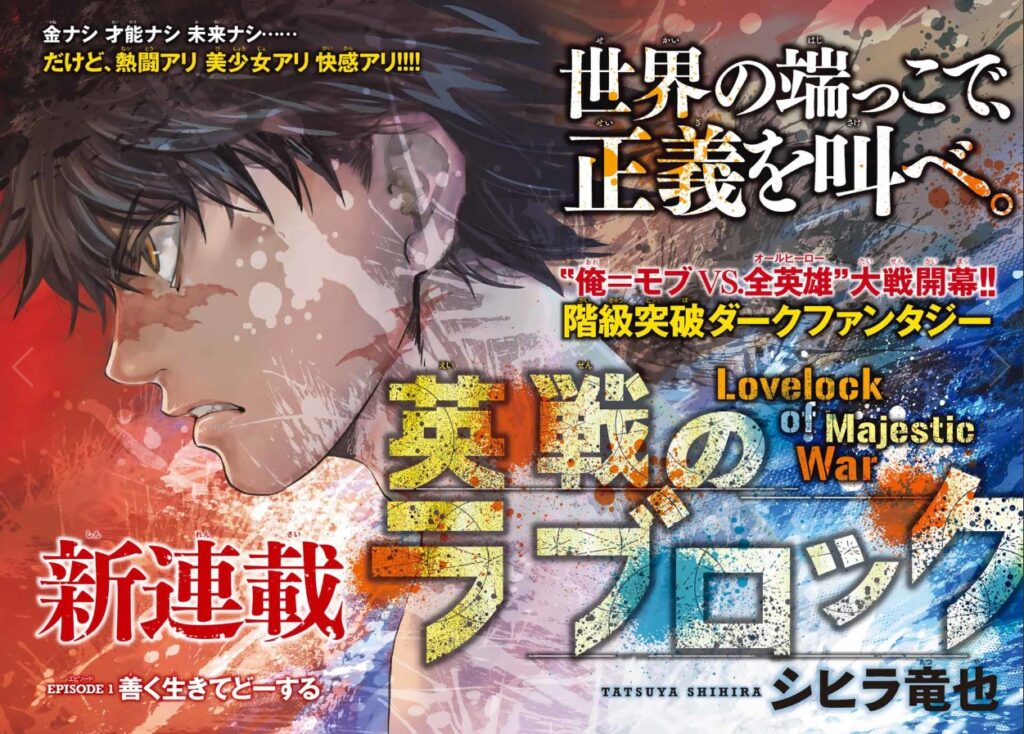 Tatsuya Shihira has published chapter 1 of his new series Eisen no Love Lock (Lovelock of Majestic War) in this week’s issue of Weekly Shonen Magazine, following a successful illustration campaign on Twitter.

As previously reported on 30 March, the author was engaged in a weekly quest to post new illustrations of popular Kodansha series every Wednesday, including the likes of Attack on Titan and Fire Force. The point of all of this was to promote Tatsuya Shihira’s new series by using the popularity of others, so how did Eisen no Love Lock chapter 1 hold up? 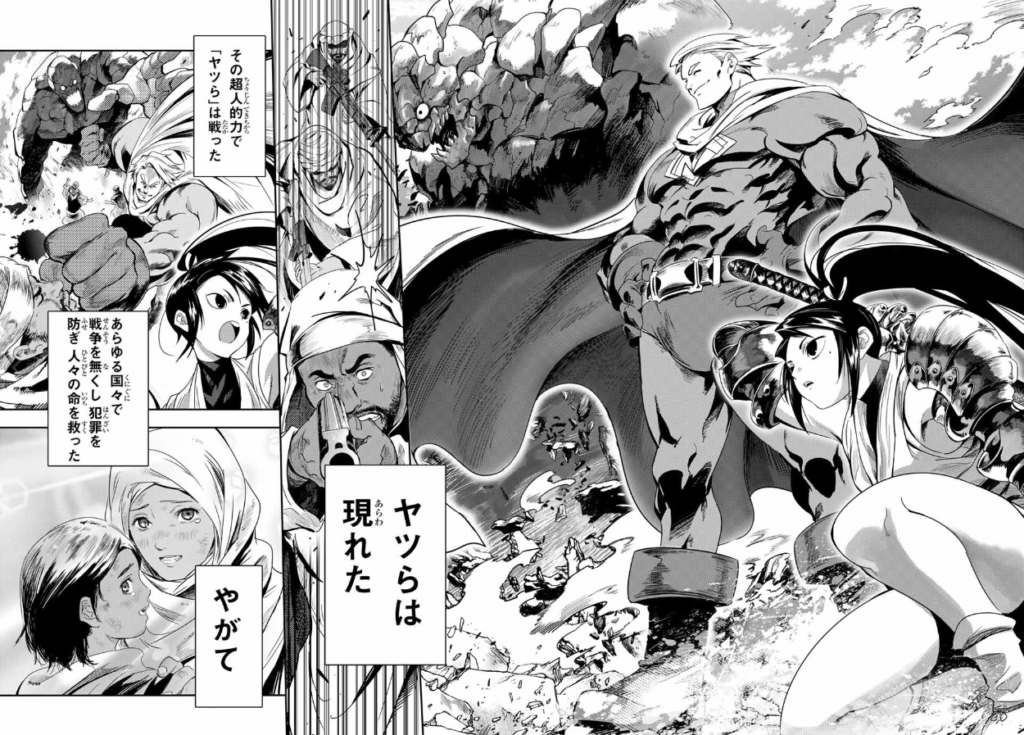 First of all, it must be said that the series suffers from a bit of false advertising. It was said in one tweet that Eisen no Love Lock would be a ‘dark fantasy like Attack on Titan,’ but that couldn’t be further from the truth: it’s more of a dark superhero story à la The Boys, complete with the idea that heroes might not be as heroic as they first appear to be.

In terms of premise, chapter 1 of Eisen no Love Lock starts off by explaining how the world was once fraught with war, but peace was achieved thanks to the arrival of ‘eiyuu’ or heroes. Our protagonist is Hiiro Sorano, a normal high school student who works as part of the ‘multitude’ cleaning up after said heroes, which doesn’t earn him much love. Thus, there are elements of both SHY and Kaiju No. 8 in there, alongside The Boys.

The comparison with The Boys only grows further once Hiiro’s childhood friend, Iruka Minami, goes to the Harvest Corporation (the body that organizes heroes on a worldwide basis) to work as a researcher, but ends up learning that they are performing horrific experiments to discover superpowers in normal people. What’s more, the ‘muscle hero’ Marth strips her naked, declaring that she’ll bear his child.

With this in mind, chapter 1 of Eisen no Love Lock doesn’t exactly have a unique premise, but all of these familiar elements are brought together in an incredibly engaging fashion and presented alongside very polished art. To be honest, series with a lot of promotion don’t tend to measure up to expectations, but I must say that this opening chapter surprised me. I’m certainly looking forward to seeing more.

You can read chapter 1 of Eisen no Love Lock for free via Magazine Pocket.