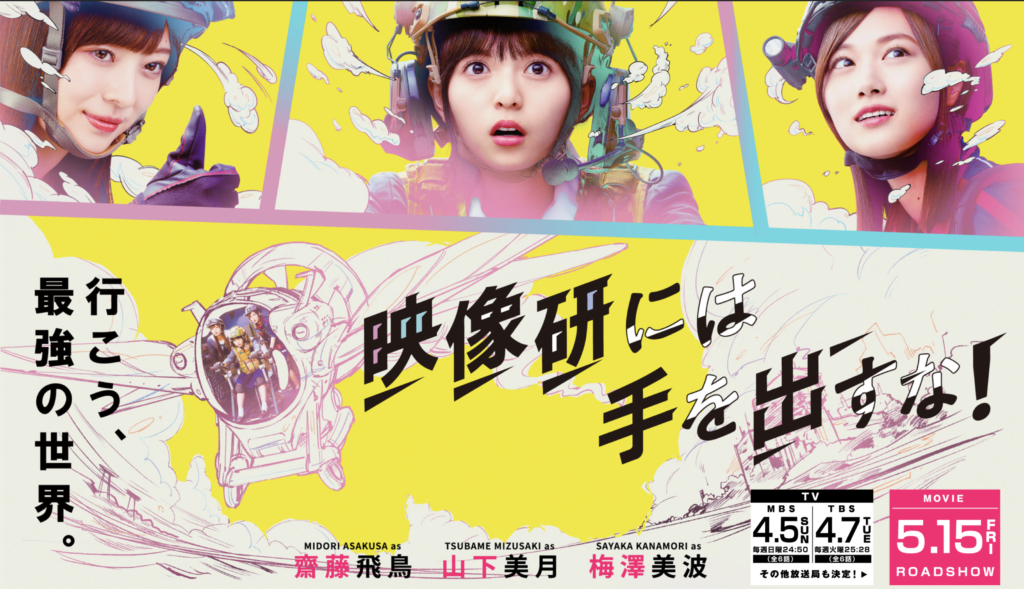 Earlier today, the official Twitter account for the upcoming live-action Keep Your Hands Off Eizouken! (映像研には手を出すな！）has posted the first preview of what we can expect when the live-action eizouken movie launches throughout Japan on May 15th as well as the 6 episode mini-drama starting on April 5th. The live-action Eizouken adaptions will be starring Nogizaka46 members, Minami Umezawa, Asuka Saito, and Mizuki Yamashita.

The short but sweet preview of the Eizouken live-action adaption shows off the main three protagonists in action, Mecha KAIRI, and the Propeller Skirt that the girls imagined up. On top of the forty-two-second trailer, they also released a new key visual for the project. It’s really awesome to see how the 2D world from the anime has translated into the real-world with the characters being properly depicted and the use of 2D sketch visuals to bring their imaginary creations to life.

For those of you who don’t know or don’t really follow the Eizouken series, it is a manga and anime about three girls, Midori, Tsubame, and Sayaka who become partners in the Eizouken (Video Club) to bring their anime aspirations to reality. Midori has always wanted to make an anime but has struggled with the pressure of being able to do it alone. It’s at this point that she meets Tsubame who has dreams and aspirations to become an animator. As with all anime, they tend to need a decent amount of money and this is where the third protagonist Sayaka comes in with her financial mindset to help the trio’s dream become a reality. 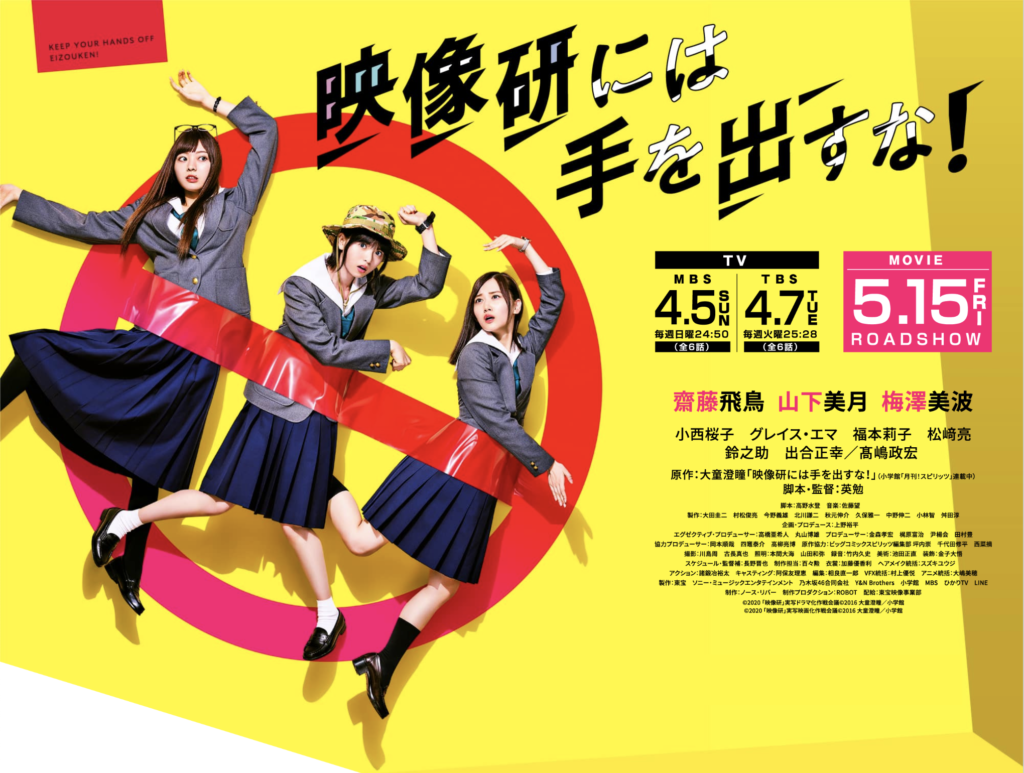 Eizouken made its debut in Shogakukan’s Gekkan! Spirits magazine in 2016 which received an anime adaption in 2020. The series has won a number of awards and is clearly on track to become one of the most beloved anime series of all time.

We post weekly episode recaps and reviews here on Otaquest, so if you’re interested in the series and want to see what it’s all about, I would recommend giving them a read over. After this preview, I’m excited for the short-drama to release and am equally excited to see what the upcoming Eizouken live-action movie has in store for us!

SHOGAKUKAN
Keep Your Hands Off Eizouken!
Join Our Discussions on Discord
Join Now