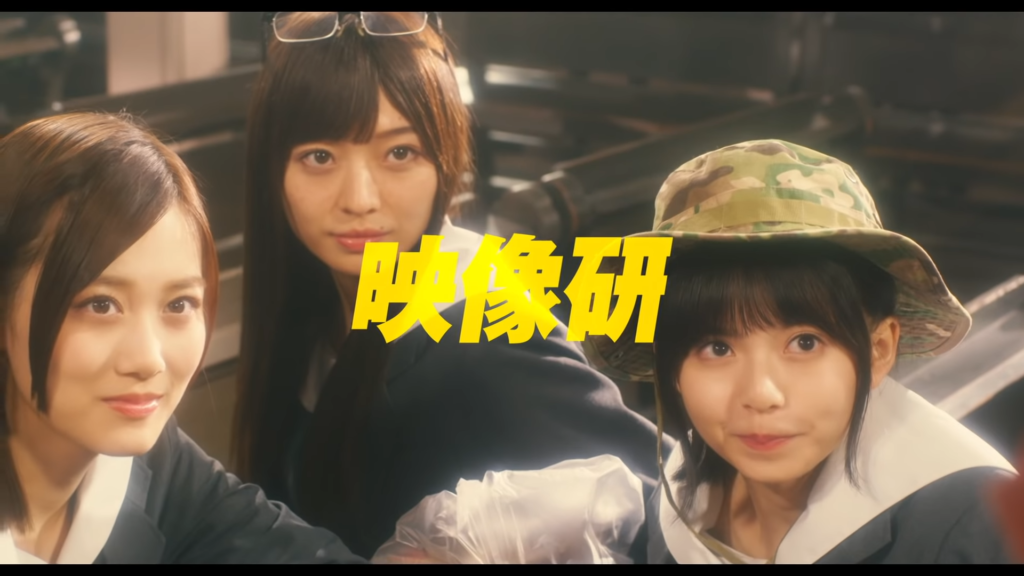 As this awful year begins to wind down, one of the few nice things we can look back on was the Keep Your Hands Off Eizouken! anime directed by Masaaki Yuasa. I know a number of people who, half a year later, still name the show as their best of 2020 and that’s not likely to change. While it may be some time, and that’s if mind you, we a get a season 2, the live-action Japanese Eizouken movie. is finally hitting theaters in one week after a moderate COVID based delay. We have a new trailer which appears to more or less capture the Eizouken charm.

The Keep Your Hands Off Eizouken movie will pick up where the six-episode TV drama ended earlier this year, with the same directors and actors. It’s worth noting that all three leads do come from the popular Nogizaka 46 idol group which will probably get people to come to the theater alone. It opens September 25 across Japan and seeing as people are raring to see something new in cinemas here, largely playing Ghibli reruns with no Hollywood films to bloat the box office, there’s a chance it could do pretty well with casual audiences!

We’ve got to admit, this trailer has us pretty hopeful. It sure looks like how an Eizouken movie should, with a mix of CG and hand-drawn animation to keep things slightly grounded in reality. Though we do wonder how a Roger Rabbit and 2D Live-action mix would have gone over too. Japanese live-action film adaptation of manga and anime can go either way, unlike their Hollywood counterparts which aside from Speed Racer and now Alita have been universally bad. This one looks like it might get things right, and we hope to see it released in the west sometime soon.

The Keep Your Hands Off Eizouken movie will open in Japanese theaters on September 25.