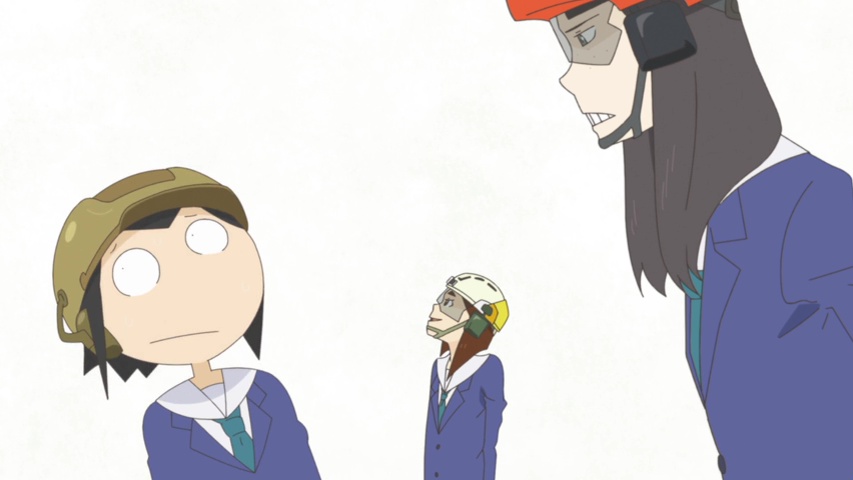 It’s not every day I see a big Western media outlet name an anime as one of the best TV shows of the year. Come to think of it, I don’t think I’ve ever have. Normally I’m used to such prestigious acclaim given to live-action drama that’s trying to incorporate whatever Scorsesian/Nolanian undercurrents seem hip and trendy. You can only imagine my surprise when I saw Keep Your Hands Off Eizouken! in the New York Times’ Top 10 TV Shows of 2020. I’ll admit it’s pretty weird to see an animated feature up there, let alone a Japanese one like Eizouken. But I’m not complaining.

Masaaki Yuasa’s twelve-episode series was listed right alongside picks like the political Mrs. America and the crime megahit Better Call Saul. Times writer James Poniwozik described Eizouken as ‘a giddy flying robot of a story,’ and ‘one of the best renderings of the creative process I’ve seen on TV.’ Eizouken was also listed in the Best International Shows of 2020.

The decision to list a non-blockbuster anime title like Eizouken is a step in the right direction. It shows how far mainstream Western media outlets have come in their appreciation of anime, especially when you consider how it was viewed when the medium first crash-landed outside of Japan. The Wall Street Journal’s first-ever article about anime back in 1999 reveals a classic case of misunderstanding: the ever-popular Dragon Ball Z was dismissed as ‘a violent Japanese cartoon show’ that was mistakenly labeled as ‘Pokemon meets Pulp Fiction.’

Media outlets have wised up in the past twenty years, but only by so much. Outside of the occasional news article that wraps itself in sensationalized wacky orientalism, the discussion of anime seems solely focused on the usual suspects: the fighty-actiony stuff that shows up on Toonami (My Hero Academia, Naruto, Samurai Champloo, etc.) or the works of Hayao Miyazaki and Satoshi Kon. And when less popular titles are brought up, they occasionally fall prey to typical misunderstandings. On the low end of the spectrum, you have a particularly negative Los Angeles Times review of Liz and the Blue Bird panning the movie for being ‘too slow and deliberate,’ a criticism that seems to be missing the point of the movie. On the extreme side of things, you had the New York Times themselves implying anime is perverted cinema a few years back, a grave mistake that enraged fans.

That being said, it’s good to see the New York Times learn from their past mistakes this time around. Them putting Eizouken in their Best Of list comes after they’ve posted a surprisingly delightful article about the wonders of sports anime back in September. It shows that they are more open to things. Granted, the writers at the New York Times are probably not the biggest anime fans on the block. However, I’d like to give them the benefit of the doubt that they have since gained more of an understanding and appreciation for the medium, even if only by a slight margin. I’m optimistic that this decision will inspire other competing media outlets out in the West to take note and give anime the proper attention it’s long deserved.