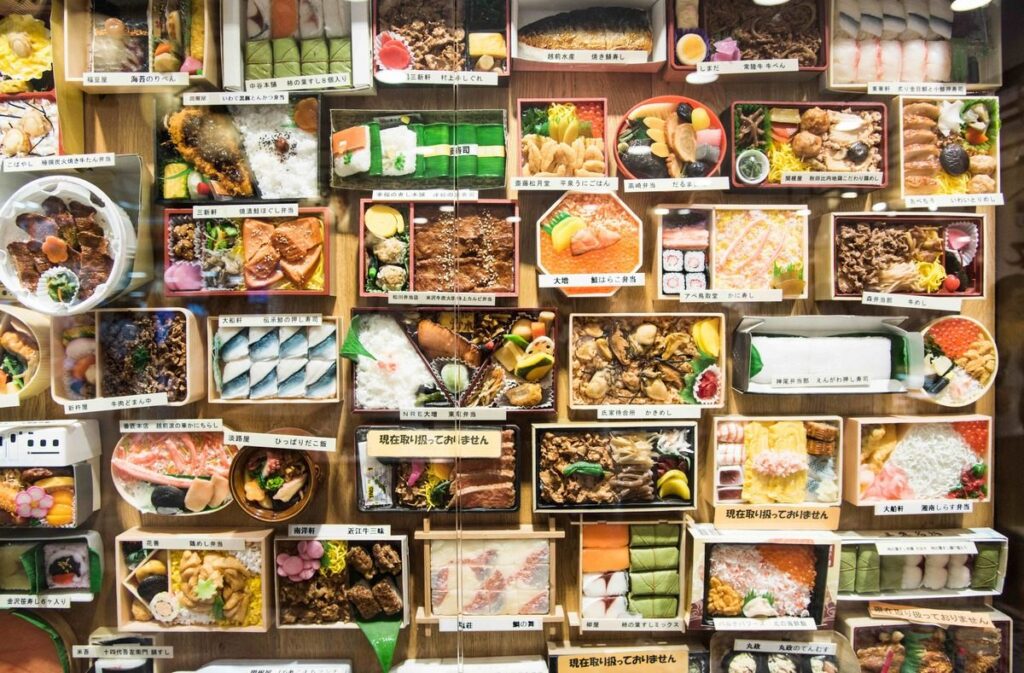 A brief warning: It may not be a good idea to read about Ekiben if you’re hungry. If you do read it while you’re hungry, I really hope you’re in Japan within close proximity to a major train station. If you’re not in Japan, or if you’re out in the boonies, this will frustrate you. Everything we’re about to discuss is extremely delicious. Apologize to your stomach for me.

If you’re thinking ‘a bento box from a train station can’t be more delicious than, say, a bento box from literally anywhere else,’ you’d be mistaken. Okay, okay, multiple opinions are welcome here at OTAQUEST–but I’ve yet to meet someone who hasn’t fallen in love with at least one or two specific Ekiben. Chances are after reading this, even the uninitiated will be ready to hunt down some of these legendary lunches.

Ekiben are Specific to Certain Locales

When I lived in Portland, Oregon, I could still get my hands on some pretty authentic southern food. Chances are no matter where you live, regional specialties–or some imitation of them–can be found nearby in one way or another. But Ekiben are a little more special. They require you to actually go on a real-world scavenger hunt to get your hands on some of the more tasty fare.

Ekiben, a shortened form of Eki-bento-uri or ‘bento sold at the station,’ is just what it sounds like; a packed lunch you can buy on train platforms before you get on more long-distance train rides. Japan is, in my experience, a country filled with ultra- passionate food-lovers, and that translates simply into these extremely inexpensive but delectable offerings.

Each colorful and artistic Ekiben is specific to a train station, meaning that you won’t be able to snag the Tokyo-specific lunch while in Kyoto, or the Tokushima lunch in Hokkaido. As unreal as it seems, I’ve known people to plan entire trips based on the boxed lunches they were after! Since all Ekiben are made with local delicacies and specialties, it’s a great way to get to know each area of the country without breaking the bank. A normal train lunch costs between 700 and 1200 yen (About $6.50 to 11.50!)

Recently, we even talked about the upcoming Demon Slayer themed Ekiben, available for a limited time in Gunma Prefecture!

Flipping on the TV while in Japan, you’ll likely come across plenty of variety shows showing celebrities arguing over which Ekiben is the best in the country. Your mission–should you choose to accept it–is to catalog your top tastebud ticklers the next time you hop over to the far east. Without being asked, I’ve made my decisions. 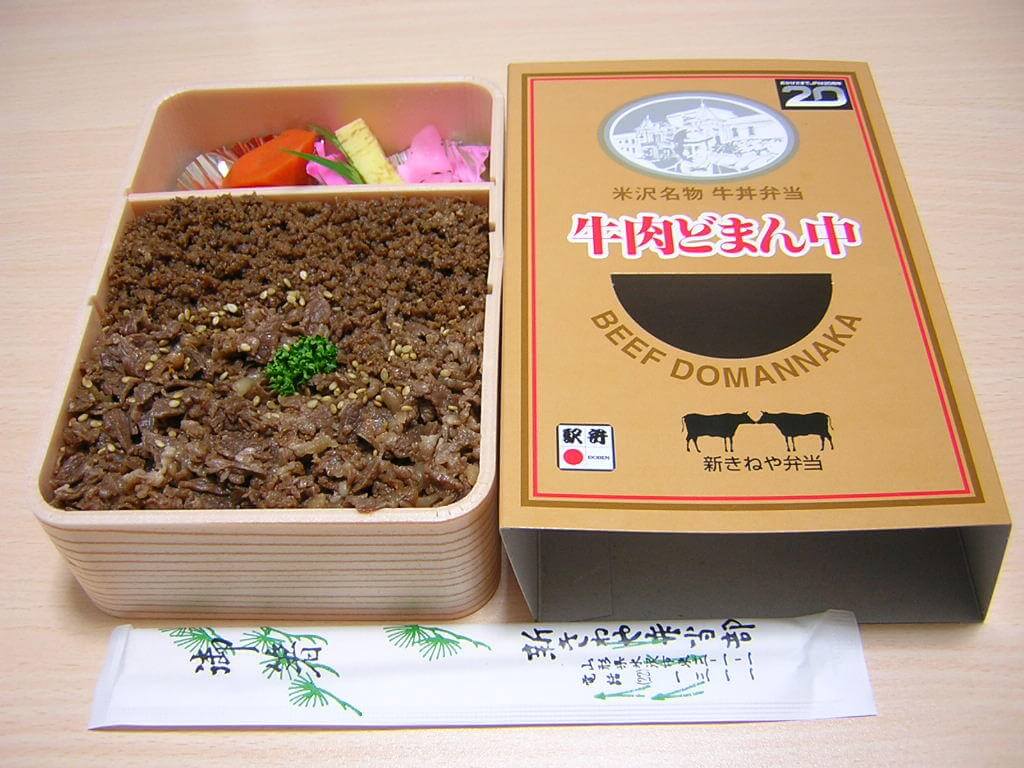 Incredibly popular for the last decade, this tasty lunch is simple but effective. Fluffy rice covered in sautéed beef in a special sauce…what more do you need? Grab this at Yonezawa Station in Yamagata. 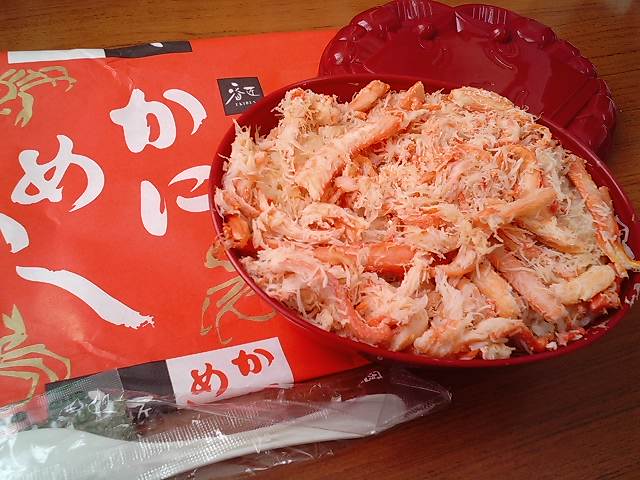 The first time I visited Fukui Station, this one knocked my socks off. A thick layer of sweet snow crab meat covering steamed rice made for an incredibly filling and luxurious train ride. (If you’re of age, a nice Asahi with this is sublime.) 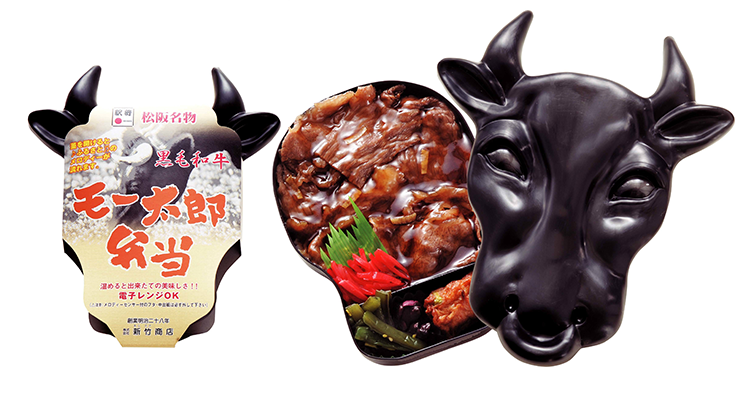 Okay, this one is ridiculous. Filled with Matsusaka beef, some of the most prized meat in the country alongside Kobe beef, this Ekiben can be found at Matsusaka Station in southern Mie Prefecture. The ridiculous part comes when you open the lid! I had no idea that a little sensor under the lid was set to play a classic Japanese song, Furusato. Lunch with musical accompaniment for under $12? Sign me up.

My favorite food is beef tongue. That may disgust you, but if you’re also a gyutan fan, know that Miyagi Prefecture is the place to be. The first time I grabbed one of these luxurious Ekiben from Sendai Station, I was prepared to eat the dish at room temperature. But after boarding, I noticed a little instruction slip, along with a strange yellow string poking out of the packaging. 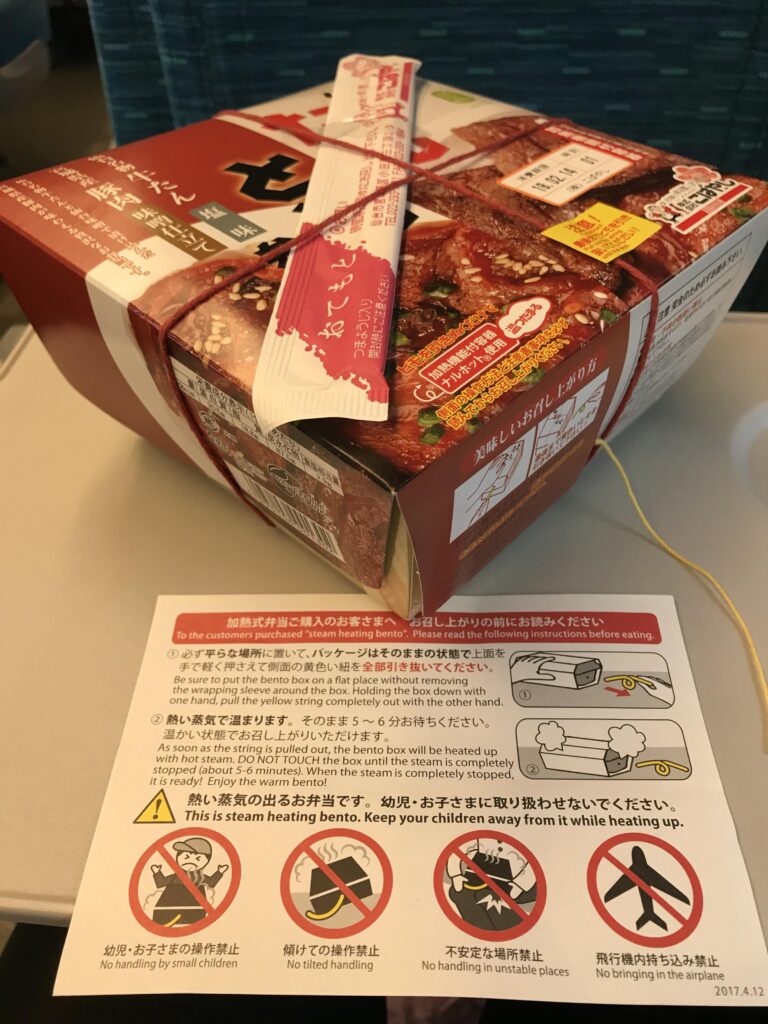 That’s right! Simply pop the Ekiben on the table, pull the string, wait a few minutes, and your food is piping hot. Now imagine having that on a freezing cold and snowy trip up north–it was a very welcome surprise. And don’t worry, the self-heating bento boxes aren’t limited only to beef tongue if that isn’t your thing. Search around and you’ll find plenty of others!

While I do recommend you use Ekiben as a reason to jet around Japan, I will let you in on a little secret. If you don’t have time or funds to do that much traveling, a neat little shop exists in Tokyo Station called Ekiben-ya Matsuri. Offering over 170 different Ekiben from around the country, it’s a great way to do a pseudo-vacation around the island from your hotel room.

If you do end up taking a trip once this crazy pandemic ends, we expect you to come back, pop into our Discord, and let us know your favorites. Take plenty of pictures, and enjoy this quintessentially Japanese offering while gazing at the beautiful countryside or neon city. It doesn’t get much better than that.