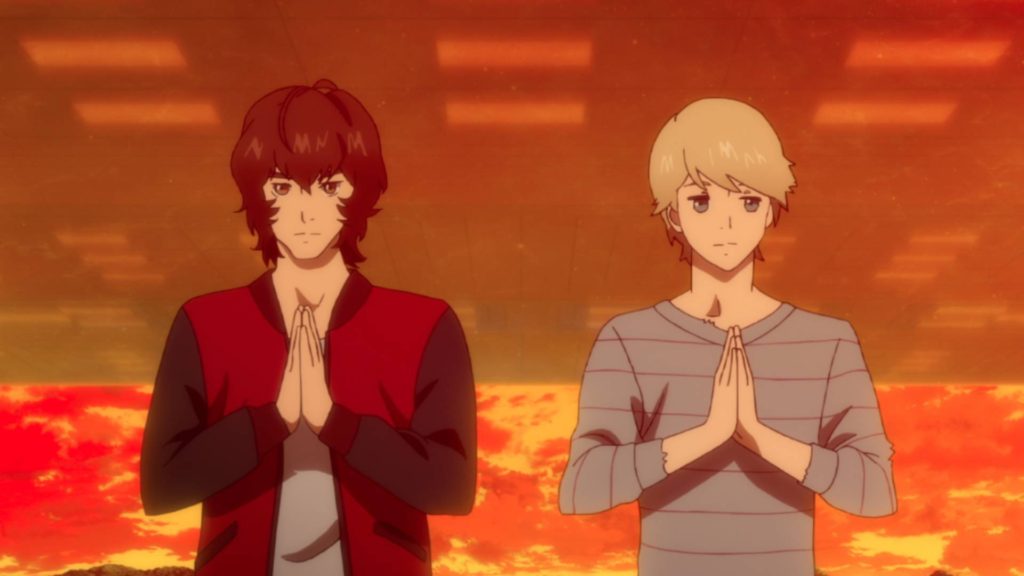 These last few months have proven an extremely busy time for Los Angeles-based publisher ELEVEN ARTS, with the team consistently proving their place in the scene with incredible release after release. Now with their latest announcement, we see ELEVEN ARTS working alongside Tokyo-based HS Pictures Studio to release their latest animated feature The Laws of the Universe – Part 1 in the United States and Canada. Following on from the acts that took place in Part 0, with Captain Tsubasa director and Neon Genesis Evangelion designer Isamu Imakake helming the project.

Set to premiere worldwide in theaters — yes, both in Japan and North America — on October 12, 2018, ELEVEN ARTS has been working hard alongside HS Pictures Studio to put together the premiere English Dub. Following the story of Ray, Anna, Tyler, Halle, and Eisuke as they find themselves trapped in between a time-hopping evil, The Laws of the Universe – Part 1 offers its all with battles between humankind, aliens, and even “the God of the Earth”. ELEVEN ARTS synopsis for the film can be found below:

University students Ray, Anna, Tyler, Halle, and Eisuke are enjoying college life and pursuing their dreams, but in reality, they have a secret mission; to fight against invading Reptilians from outer space. One day, Ray travels back in time to 330 million years ago on Earth to find his missing friend Tyler who has fallen into a trap set by the evil alien, Dahar.

During that time, Alpha, the God of the Earth, was planning to create a new civilization on Earth and invited Queen Zamza and her fellow Reptilian from the planet Zeta to Earth.

What is the intention of Dahar? What will happen to Ray and Tyler?

And what is “the plan of the God of the Earth”?

With a worldwide premiere scheduled for October 12, further information on the upcoming theatrical release can be found via ELEVEN ARTS’ official website.