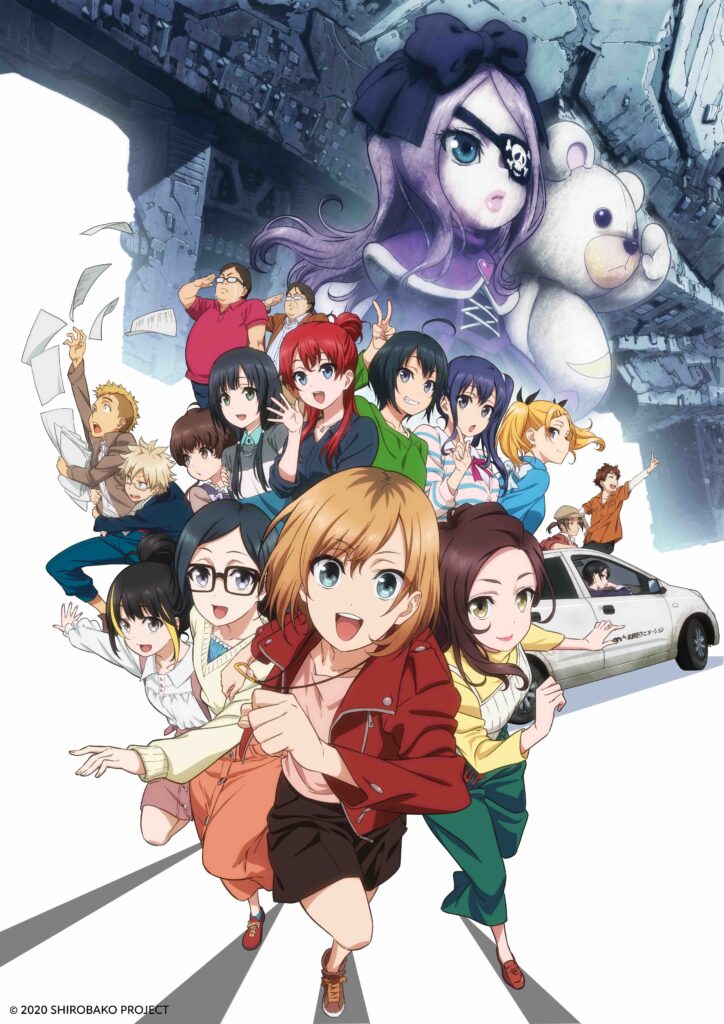 ELEVEN ARTS has made quite the name for themselves over the past few years, securing several highly sought-after anime releases for Western release. We’ve written about quite a few of these exciting acquisitions here on OTAQUEST, from Studio Colorado’s Penguin Highway to the legendary Millennium Actress.

The original 2014 anime series ran for 24-episodes, with a manga adaptation and novel release coming soon after. Offering a peek into the world of animation, the story follows five high-school friends seeking to create an anime series together, and the various difficulties and obstacles such a lofty dream entails. The series was met with positive reviews, both for the interesting subject and the enjoyable characters.

According to the official synopsis:

Four years after the events of SHIROBAKO the series, Musashino Animation has gone through unprecedented changes and things are looking bleak for the studio. One day, Aoi Miyamori is offered a role managing a new theatrical animation project. With only a few months left before the deadline, can MusAni complete the project in its current state? It’s up to Aoi to work alongside both familiar faces and new to finish the project in time!

An extended trailer for SHIROBAKO The Movie will premiere during the ELEVEN ARTS Industry Panel this coming Friday, 20 November at 5 p.m. (PST) at Anime NYC Online. For more information about the event, visit the official convention website!